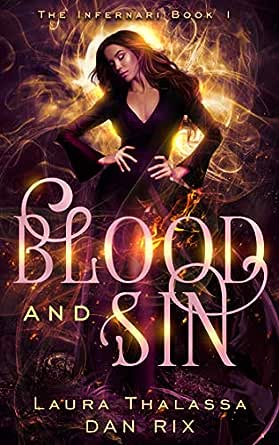 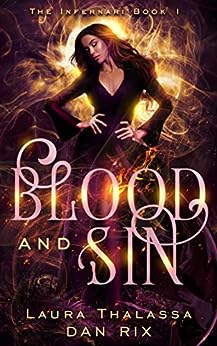 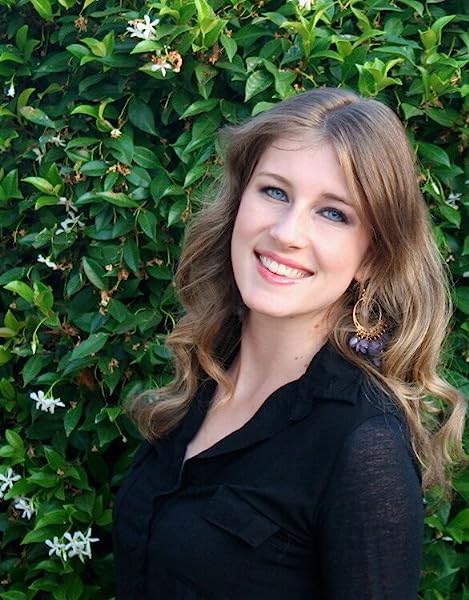 3.9 out of 5 stars
3.9 out of 5
29 global ratings
How are ratings calculated?
To calculate the overall star rating and percentage breakdown by star, we don’t use a simple average. Instead, our system considers things like how recent a review is and if the reviewer bought the item on Amazon. It also analyses reviews to verify trustworthiness.

Sarah
3.0 out of 5 stars Intriguing introduction to a new series
Reviewed in Australia on 17 July 2016
I received a copy of this book in response for an honest review

I wasn't sure what to expect when I started reading Blood and Sin, though I think in my mind I believed it would be like Laura Thalassa's other books, which it is in a way but it is easy to see the influence of her husband's writing. While I like this book, and I can definitely see the potential for where this series is going, it didn't grab me like Laura's other series. I feel like there was just enough intrigued to make me interested in reading the next book in the series but not enough to make me desperate to read the next one.

This series focuses on Lana, an Infernari, and Archer, a human. First off, what's up with Archers's first name, Jame, is it supposed to be James and all the 's' are missing or is it some weird spelling for Jamie? Anyway, not super important but certainly distracting.
Lana is something of a contradiction. Despite growing during a war, Lana acts very juvenile and naive, to the point of ignorance, and has way too sweet of a disposition, even for a healer. It seemed strange to read one of Lana's recollections/flashbacks of her world and the war, and seems as if she has a lot of life experience from living through that harrowing experience, and yet she comes across so child-like and ignorant - its somewhat frustrating.
Archer, on the other hand, is jaded, bitter, and a bit of an a-hole. While he did grow on me somewhat towards the end, I could see the plot twist coming a mile away, and so reserved judgement on him. I can understand Archer's perspective and his reason for becoming what he has but I'm so confused about how he came to know so much about the Infernari, which was obviously established before everything went down.

I was quite surprised that after making my way through the book that I came away with so many huge holes in the story, particularly in the background. So much was described or shown and yet there were some gaping holes in the narrative that shouldn't have been there, or at least they should have been hinted at enough for me to know they'd be covered in future books. Instead it reads as if the authors started down a path and then stepped off onto another path, completely forgetting that they were already following a path and leaving it unexplored.

Anyway, it's an interesting introduction to the series and I am interested to see what comes next for this husband and wide duo.
Read more
3 people found this helpful
Helpful
Report abuse

Carolin3_
TOP 1000 REVIEWER
5.0 out of 5 stars Perfection!!
Reviewed in Australia on 15 December 2018
Blood & Sin is intensely fierce, beautifully crafted & haunting in its betrayals . In the millennial history between humans and Infernari the tragic story of Lana and Asher is the catalyst of a new era that threatens further war to minimize the weaknesses of two races.
I feel that there is so much to left explore and write on the Infernari, the race, customs, dark magic and the demons we have met in this book. I look forward to Book 2 and more.
Read more
One person found this helpful
Helpful
Report abuse
See all reviews

Carol
5.0 out of 5 stars Brilliant.
Reviewed in the United Kingdom on 18 July 2016
Verified Purchase
Laura's books just blow me away. Her latest is no exception. Absolutely fantastic. Jame Asher is sex on legs. I just knew it would end on a cliff hanger the story is riveting. Please please hurry with next instalment. You will not be disappointed.
Read more
Report abuse

booklov3r
5.0 out of 5 stars Can I just say that I love Laura's books
Reviewed in Canada on 27 July 2016
Verified Purchase
I devoured this book! Can I just say that I love Laura's books, I haven't read them all but I will! One of the things that I loved about this book was that it was written by Laura and her husband! Really awesome to read from a mans perspective. Blood and Sin introduces us to Lana and Jame (Asher is his last name). Lana is a demon from a land called Abyssos. Asher is a human who's wife and child were murdered by demons and for the past two years he's been avenging their deaths by killing the demons and destroying their portals. Asher and Lana meet under unfortunate circumstances and he takes her as his prisoner. Asher later realizes that Lana is not the cold blood sucking demon and Lana believes that he may have a heart behind that cold, vicious facade. Asher's emotions were so real, I definitely had a love hate relationship with him but I totally understood his side and his feelings. Lana was so refreshing to read, she too had real emotions. I found her easy to connect with, she was strong, fearless and innocent. I really enjoyed the character development and was glad it wasn't rushed. I can't wait for the next book!
Read more
Report abuse

Amazon Kunde
5.0 out of 5 stars Unbelievable
Reviewed in Germany on 9 April 2018
Verified Purchase
I don't know what to say. This is probably the best fantasy novel I read in months. I had to cry and to laugh and at the end I just wanted to throw the book against the wall (because of the cliff-hanger). The author's writing style is fantastic and the story is gripping but more than everything else extremely touching! I can only recommend the novel.
Read more
One person found this helpful
Report abuse
Translate review to English

carina
5.0 out of 5 stars Amazing story. Absolute page-turner
Reviewed in Germany on 30 October 2017
Verified Purchase
I loved every single page. Great story, great heroine. I can’t wait for Lana‘s story to continue <3 hope the next volume in the series comes out asap.
Read more
Report abuse
Translate review to English

julie
3.0 out of 5 stars Good book but where are the rest of the series?'
Reviewed in the United States on 7 November 2019
Verified Purchase
I read this book when it can't out in 2016...still waiting on the 2nd one. She has a few series like this. Wait 20 years for the next book. Pretty annoying. I'm gonna stop buying books without the 2nd book made..this book is good but it sucks to wait forever for the rest it's 2019 now and I hardly remember what this book is about! I keep going on here to see if the next one is out but I give up now
Read more
10 people found this helpful
Report abuse
See all reviews
Back to top
Get to Know Us
Make Money with Us
Let Us Help You
And don't forget:
© 1996-2021, Amazon.com, Inc. or its affiliates