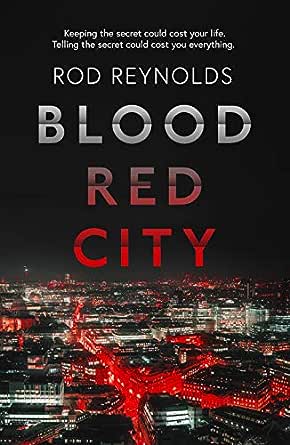 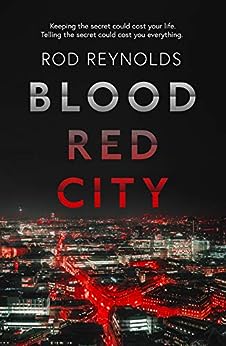 Rod Reynolds is the author of four novels, including the Charlie Yates series. His 2015 debut, The Dark Inside, was longlisted for the CWA New Blood Dagger, and was followed by Black Night Falling (2016) and Cold Desert Sky (2018). The Guardian have called the books 'Pitch-perfect American noir.' A lifelong Londoner, in 2020 Orenda Books will publish his first novel set in his hometown, Blood Red City. Rod previously worked in advertising as a media buyer, and holds an MA in novel writing from City University London. Rod lives with his wife and family and spends most of his time trying to keep up with his two young daughters. --This text refers to an alternate kindle_edition edition.

Jacob Collins
5.0 out of 5 stars Brilliant, highly, highly recommended!
Reviewed in the United Kingdom on 23 April 2020
Verified Purchase
I must admit, I’ve still not read Rod Reynolds previous Charlie Yates novels, they have been sat waiting patiently on my TBR pile for far too long. Now that I have read his latest, Blood Red City, I’m determined to get to them as soon as possible. For those of you that like an action-filled book that gets going right from the first page, and doesn’t let up, you will love this one. As I was reading it, the book put me in mind of the recent BBC Drama, The Capture, so if you were a fan of the series, I think you will enjoy this. This book blew me away!

The hook is there right from the start when journalist, Lydia, is shown a video of an apparent assault on a man in the London Underground. More recently Lydia has been covering the show business section which she hates, and she sees this as an opportunity to get back to doing what she loved. But as she investigates the case further, it seems that no one appears to have witnessed anything. In the era of fake news, it’s little wonder that it may seem that the whole video Lydia has seen could be a lie. Whatever the cost, she is determined to find out what happened. Who is the man? What if there has been a cover-up? As Lydia’s investigations get underway, she falls under the eye of some frightening individuals, and it becomes very clear that by investigating this matter to bring out the truth, she is putting her own life at risk.

As the plot of gets underway, we are introduced to another individual who comes across as ruthless and dangerous, a criminal mastermind. Michael Stringer becomes aware of Lydia’s investigations, and he attempts to track her down. But what is his purpose here? What interest does he have in what Lydia is doing? Is he somehow connected to the video?

When Rod Reynolds first introduces us to Michael, he made me feel nervous. I could see that he is someone who is cunning and that he has a lot of power at his fingertips. I feared for Lydia at this point as I could see that she was sailing closer and closer to danger, and I didn’t know what was going to be around the corner for her. I felt this especially when in the scenes when Lydia was under surveillance and Rod captured the sense of the chase well in his writing, and he raised the tension.

Blood Red City has an action fueled plot which will keep you turning the pages as each chapter presents a heart-racing new turn of events. Rod Reynolds wraps the book up really well, and I am hoping that there is going to be another book following this one. This is brilliant, highly, highly recommend!

Dave Herts
5.0 out of 5 stars New genre, still great writing
Reviewed in the United Kingdom on 15 April 2020
Verified Purchase
This is the 4th novel by Rod, the other 3 being a series of American 50's detective noir, all featuring Charlie Yates.
This is totally different; modern day, financial centre of London. New featured characters, Lydia Wright and anti hero?? Michael Stringer.
Story takes place throughout London, well described especially to someone who's lived/worked most of my life in Kentish Town, Camden, the City. Rod captures the energy, diversity, the good and the downright nasty sides of London.
The story gets you from the off, a real page turner, had to spend a 3 hour session for the second half of the book, couldn't put it down. The flow is excellent, not getting bogged down with too much city jargon, enough to make the story complete and extremely enjoyable. Hopefully the start of a new series based in London.
Well done , another fully deserved 5 stars!
Read more
2 people found this helpful
Helpful
Sending feedback...
Thank you for your feedback.
Sorry, we failed to record your vote. Please try again
Report abuse