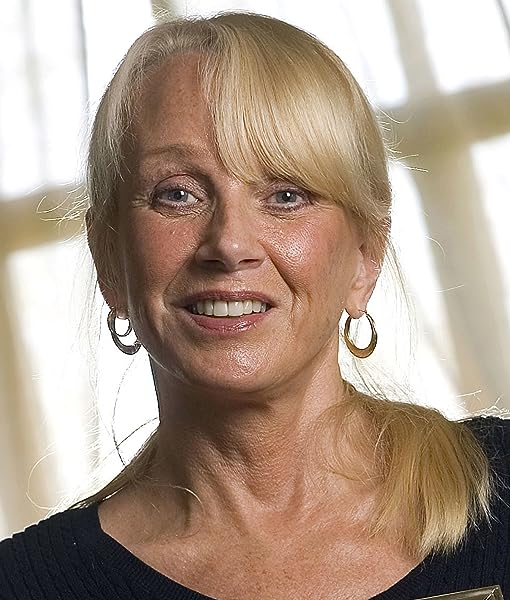 by Patricia Traxler (Author)
4.1 out of 5 stars 3 ratings
See all formats and editions
Sorry, there was a problem loading this page. Try again.

Award-winning poet and novelist Patricia Traxler is the author of four collections of poetry--most recently, Naming the Fires, which won the 2019 Kansas Book Award. Her other poetry collections are Forbidden Words; The Glass Woman; and Blood Calendar. She is also the author of a novel, Blood (St.Martins/Macmillan), which in addition to its US edition was published in Spanish, Swedish, and German translations, and in an Ireland/UK edition.

The ten stories in Traxler's new collection, In the Skin (May, 2020, Spartan Press), look at love through the eyes of ten women ranging in age from twenty to seventy. Several of these stories have won national or international awards. She is currently completing work on a memoir-based essay collection, The Eternity Bird.

Traxler was born and raised in San Diego, California, one of eight children in a working class Irish Catholic family. She was much influenced by her maternal grandmother, Nora Dunne, a published poet from County Cork, Ireland, who lived with the family for several years during Traxler's childhood. &quot;Around our house when I was a kid,&quot; Traxler says, &quot;I saw Gran working on her poetry in a green clothbound ledger, and I often heard her reciting poems like 'To a Skylark,' just for the delight she took in them, so poetry always just seemed an ordinary and essential part of life to me.&quot;

4.1 out of 5 stars
4.1 out of 5
3 global ratings
How are ratings calculated?
To calculate the overall star rating and percentage breakdown by star, we don’t use a simple average. Instead, our system considers things like how recent a review is and if the reviewer bought the item on Amazon. It also analyses reviews to verify trustworthiness.

Kate Hopkins
3.0 out of 5 stars Better on Women than Men
Reviewed in the United Kingdom on 6 December 2016
Verified Purchase
Patricia Traxler's debut novel is part crime thriller, part erotica and part serious literary examination of female friendship. Her heroine and first-person narrator Honora (Norrie) is a 36-year-old painter, involved in a passionate affair with Michael, a married 40-something Irish-American novelist. When Norrie receives a Radcliffe Fellowship for a year, she is pleased - both because the money will allow her to rent her own flat, rather than continue to share, and because she hopes that a year of uninterrupted painting (without her day-job as a book designer) will mean that she can focus on something other than Michael. And for a while, Norrie's new life appears to be working out fairly well. She's still unhappy about Michael, but is able to transfer her passionate, confused feelings into a series of Expressionist self-portraits, which keep her occupied mind and body. She enjoys living near Radcliffe, and makes two close friends among her fellow Scholars - Clara Brava, a Chilean journalist writing a book on women in Chile, and Devi Bhujander, an Indian poet recovering from a passionate but impossible love affair. But while Norrie finds herself bonding more closely with Devi, she begins to find Clara increasingly possessive and obsessive. And then something terrible happens...

Traxler writes very well both about women who've decided to put work/art before marriage and children, and about female friendships. The descriptions of Norrie's different reactions to Clara and Devi, and where they eventually lead her, are brilliant, and the friendship between Norrie and Devi is beautifully captured, as is Norrie's increasingly tortuous relationship with Clara. Traxler also writes interestingly about how Clara and Devi's very different cultural backgrounds have shaped them. So, as an exploration of female friendship the book - if somewhat sensationalistic at times - is well worth a read.

However, I felt Traxler spoilt the novel by the plot strand involving Michael - not so much the scenario itself, but the character of Michael, and how he behaved. I'm well aware that many totally admirable people end up in Michael's situation through no fault of their own - but they would, I think, handle the situation better than Michael, whose behaviour towards Norrie I thought was horrific. He appeared to want to have his cake and eat it - to keep Norrie on the side as a mistress, while constantly refusing to explain the situation to his wife or get a divorce - even though he kept rather woodenly telling Norrie that at some point he wanted to make a life with her. And his constant self-pity (all that 'just put yourself in my position, it's so hard for me') got very monotonous, even repellent. If he felt it was so hard, why had he initiated the affair in the first place? For me, Michael showed his true colours when he threw a sulk when Norrie decided to spend an evening with Devi rather than hang around at home waiting for his possible call, and even suggested the women were lovers - after that. I couldn't believe that Norrie would continue to find him so special. The trouble was that I felt Traxler did intend us to feel that he was special rather than the bore he came across as being. The sections in italics (about Michael and Norrie's love life) were probably meant to enhance this, but they failed as they were so badly written compared to the rest of the book - rather like soft pornography in fact.

And the problem was that with the Michael and Norrie affair going round and round in circles, the rest of the story got overly compressed. We never learnt enough about either Clara's background (I think Traxler underestimated the effect of growing up in Pinochet's Chile on Clara - as indeed did the none-too-sympathetic Norrie), or Devi's (the stern father who insisted she had to marry an Indian man or not at all). The murder mystery was rushed, and it seemed hard to believe that Norrie would have only really got to know three women out of the Radcliffe Fellows. And the strands of story involving the older generation - Ida, the dying mother of one of Norrie's ex-boyfriends, and Norrie's own mother - never really got enough force to them, and just felt like afterthoughts. Luckily though Traxler did bring the book to a good ending - and I'm glad Norrie got a cat!

An inconsistent book then, sometimes very good, but often tedious. Nevertheless, I hope Traxler writes another novel - there's enough here that would make me interested to read it.
Read more
Report abuse

Riverwoman
5.0 out of 5 stars Engaging and wonderfully crafted story.
Reviewed in the United States on 6 December 2012
Verified Purchase
Patricia Traxler has done it again. Her words are wonderfully composed in a way that draws the reader in without distracting. Many of us can relate to the push-and-pull relationship between Norrie and Michael. But Norrie is such a relatable and warm character, one can't help but fall for her. I found myself hoping early on that Norrie would dump Michael and focus on the friendships with women that Traxler so richly details. I have been a fan of Traxler's poetry and short stories for several years. I want to see more novels, and Traxler has clearly shown in this book that her artistry goes beyond the poetry and short stories for which she is perhaps better known.
Read more
2 people found this helpful
Report abuse

Margaret L.
5.0 out of 5 stars A Fascinating Study of Desires in Conflict
Reviewed in the United States on 10 December 2011
Verified Purchase
Reading the preceding review, I have to wonder how anyone who reads at all can take this fascinating and beautifully written novel for a "murder mystery." The author opens with the unforgettable line, "Though it's true there is a killing in my story, its principal violence is, I think I'd have to say, the violence of love." That single sentence signals the intentions of this novel very well: It is not a murder mystery, although there is a murder in the plot'line and, yes, the story is mysterious...but it's so much more than that. I'd say Blood is most of all an engrossing, psychologically complex (and yes, suspenseful) story that examines desires in conflict''in this case, the protagonist's desire to make art, the desire to make love, and the desire for some kind of spiritual meaning in her life. There is also the jealous desire of her possessive neighbor, Clara, who wishes to be "thisclose" to Norrie Blume, and who carries that desire to lengths that
become unsettling to Norrie. I'm honestly baffled how any reader could describe this story's erotic content as "raw sex" without tenderness or romantic love. After all, sexual desire and deep romantic love are not mutually exclusive, and I think Traxler wanted to explore the ethics and conflicts of a love that is considered illicit, and to allow Norrie Blume, a decent and moral person, to do something that she knows very well is ethically questionable at best. That Traxler makes this moral quandary so very real and engrossing allows us to imagine ourselves in the protagonist's shoes, and invites us to question our own choices if faced with this dilemma. If you can say this is just a murder mystery, then you haven't understood the book at all. Too bad. Seriously''that's a shame.
Read more
One person found this helpful
Report abuse
See all reviews
Back to top
Get to Know Us
Make Money with Us
Let Us Help You
And don't forget:
© 1996-2022, Amazon.com, Inc. or its affiliates