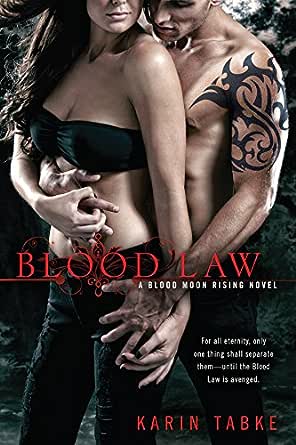 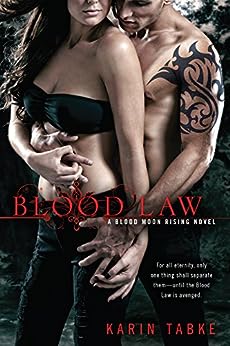 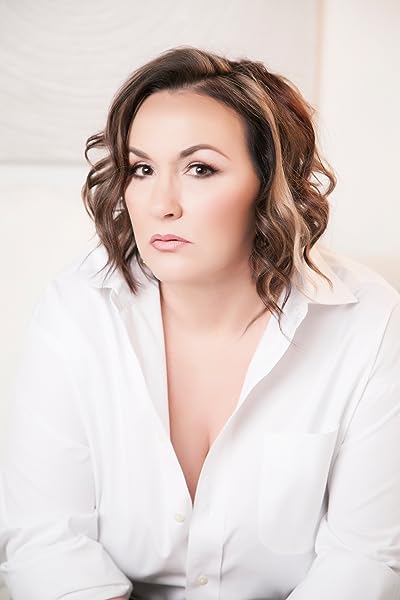 Karin Tabke is a full-time writer who draws on a lifetime of stories and backdrops that few outside of the law enforcement community ever hear about, let alone see. Controlled chaos now reigns supreme through the pages she writes, where hot heroes serve, protect, and pleasure from page one to the end. --This text refers to the paperback edition.

Sumptuous, sexy, superb! - Monica McCarty, New York Times bestselling authorIntensely emotional and action filled, Tabke's novel will pull you in from the beginning. The characters are passionate and multifaceted and complement the sizzling story - Romantic Times --This text refers to the digital edition.

Foxy
4.0 out of 5 stars Different but excellent
Reviewed in the United Kingdom on 26 October 2012
Verified Purchase
I have read this authors other series and absolutely loved them but best I have read in a long time. I did not initially fancy this set as they are very mystical but after reading a lot of not too good books decided to give these ago. Although the storyline is very different I did enjoy the writing, the author is an exceptional writer. She draws you in and her stories are exciting so I really needed to get the next one in the series. Different but very well worth buying ENJOYABLE !!!!!!
Read more
2 people found this helpful
Report abuse

Hawks922
1.0 out of 5 stars Bloow Law by Karin tabke
Reviewed in the United Kingdom on 16 July 2011
Verified Purchase
Very dissapointed with this book, after reading her Blood Sword Legacy books, this book is like written by another author. The plot is awful (a woman sleeping with a guy and bacially with his brother and wanting the alpha male to lick her as a wolf...).

I have read her other books as well, didn't think much of them but I thought after writing Blood Sword books she might have improved her writing style and this might be a good one, but I was wrong.

Do not buy this book if you liked Blood Sword books, if you do I think you will be very disappointed like I was.

Sarah (Feeling Fictional)
4.0 out of 5 stars Blood Moon Rising book 1
Reviewed in the United Kingdom on 21 November 2012
Vine Customer Review of Free Product( What's this? )
Rafael knows he has to find a mate to enable his pack to thrive but after killing his brother's mate he knows the woman he chooses will be forced to pay his debt with her life. He may have only killed Lucien's mate because she was a Slayer who had set out to destroy them all but Lucien has never believed that and according to the Blood Law Rafael must pay the price. When Rafael meets Falon he is surprised to find himself wanting to mark a human as his own, but he finds her impossible to resist and decides it is the best way to get her out of his system before her life is forfeit to pay his debt. At least then he will be free to make peace with Lucien and take a permanent Lycan mate. There is more to Falon than meets the eye though and the more time Rafael spends with her the less willing he is to sacrifice her to Lucian's revenge. Will Rafael put his duty to his people above his own needs or will he risk all to keep Falon safe from harm?

I have to admit that I wasn't too sure about Rafael at first, the way he was so willing to mark Falon even knowing it would cost her her life didn't give me warm feelings towards him! He comes across as quite arrogant and seems to believe that Falon is beneath him just because she is human. Even though he knows she is innocent and doesn't deserve to end up caught in his argument with his brother he seems quite willing to let her pay the ultimate price. I didn't think the author would be able to make me like him but she definitely proved me wrong and by the end of the story I was routing for him and Falon to work things out and be able to stay together. The more you see of Rafael the more you see how hard things have been for him, he feels a great responsibility to his pack and thinks that he has let them down by not taking a mate sooner but at the same time he hates the idea of allowing Lucien to take someone's life out of a misguided sense of revenge. Rafael feels he has been harshly judged by the Blood Law when the woman he killed was a Slayer and as it is forbidden for a Lycan to take a Slayer as their mate he feels that Lucian was the one in the wrong. At the same time he has to deal with the pressures of the ever increasing Slayer threat while his Pack is becoming weaker thanks to the divide between him and Lucien so he really is under a lot of strain. He hides his worries and fear under a tough as nails outer shell but once you look past that you can see what a caring man he really is inside.

It would be easy to think of Lucien as the bad guy in the story but when you look at it from his point of view he had found the love of his life and feels he was betrayed by his brother when Rafael killed her. Not only did he lose the woman he loved but he also lost his brother and half of his pack when they took Rafael's side against him. He doesn't believe his mate was a Slayer but even if she was he loved her and was devastated by her death. The way in which Rafael killed her didn't help matters and it really is no wonder that Lucien is out for revenge. The fact that he is willing to use an innocent woman to do it doesn't gain him any sympathy from me but I could understand that his pain has caused him to go to such drastic lengths! Lucien really is the ultimate tortured bad boy and I'm very curious to see if the author manages to redeem him by the end of the series.

Falon has always known that she was different from everyone else but as an orphan she never understood why. After meeting Rafael she finally feels that she has met someone who will be able to give her the answers that she needs. Falon has been through a lot but she has always had a strong will to live and that only gets stronger when she finds herself caught in the feud between Rafael and Lucien. The attraction between her and Rafael is intense and they have off the scale chemistry but she also feels a bond with Lucien which makes things complicated. She is out of her depth in the Lycan world, a world where she doesn't know the rules and doesn't understand how everything works, but she never lets that stop her from fighting for what she wants or standing up for what she believes in. You have to admire her strength and the way she refuses to back down when Rafael makes demands of her, she really grows throughout the story and becomes someone that the rest of the Pack have to admire.

Blood Law is a fantastic start to the Blood Moon Rising trilogy and it left me desperate to get my hands on the next instalment. I have to say I was completely shocked at the ending - I wouldn't have guessed what was about to happen in a million years! - and I'm dying to know how things will play out between the brothers in Bloodright. If you're a fan of werewolves and you're looking for a paranormal romance that pushes the boundaries then you definitely need to pick up this book. There were a few scenes that made me slightly uncomfortable but I love a book that manages to shock me and that was certainly the case with this one. If you like your romance on the erotic side then this series is sure to hit the mark and I have a feeling that it's going to get even more interesting as the series continues. This was my first book by Karin Tabke but it won't be the last and as soon as I have finished with this series I'll be working my way through her back list.
Read more
One person found this helpful
Report abuse

Book Addict
3.0 out of 5 stars "Blood Moon Rising" trilogy book 1
Reviewed in the United Kingdom on 29 October 2012
Vine Customer Review of Free Product( What's this? )
"Blood Law" is a promising start to a new paranormal romance series. Leading lady Falon certainly grows in strength, will and power as the story line progresses and finds her match in alpha werewolf Rafael. Rafael in turn is willing to take a human as a mate only because he knows that she must be sacrificed according to Blood Law to appease the debt he owes his brother Lucien. Whilst Rafael knows that the woman he killed was a Slayer intent on destroying their Lycan pack, Lucien denies this. He is convinced Rafael murdered his life mate and he has the right to end the life of the female his brother marks as his own mate. With the once powerful Lycan pack splintered and their Slayer enemies growing stronger, Falon finds she is the key to ending the feud that rages between the brothers; unfortunately it may just mean her death.

Rafael is definitely a leading man that grows on you. For the first few chapters he is inconsiderate, cruel and unconcerned that by mating himself to Falon he will cause her death, but when he finally acknowledges his feelings for this special human, well a whole new side of his character is introduced when he starts putting love before duty.

I thought the reasons for the Lycan/Slayer war were somewhat pointless, but the escalating acts of violence certainly fuel rage and retribution on both sides. Falon's full abilities; revealed in an exciting and action packed finale, came as no surprise; however how the blood law was finally appeased definitely did. There were parts of the story that could have been expanded further, but I assume to do so what lead to spoilers in further books "Bloodright" and "Blood Vow". 3½ stars
Read more
Report abuse
See all reviews
Get FREE delivery with Amazon Prime
Prime members enjoy FREE Delivery and exclusive access to movies, TV shows, music, Kindle e-books, Twitch Prime, and more.
> Get Started
Back to top
Get to Know Us
Make Money with Us
Let Us Help You
And don't forget:
© 1996-2020, Amazon.com, Inc. or its affiliates