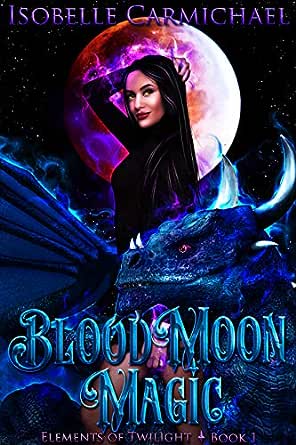 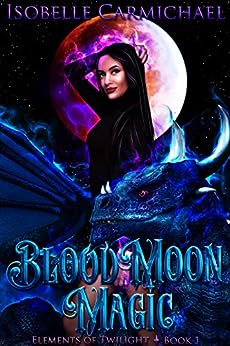 5.0 out of 5 stars
5 out of 5
15 global ratings
How are ratings calculated?
To calculate the overall star rating and percentage breakdown by star, we don’t use a simple average. Instead, our system considers things like how recent a review is and if the reviewer bought the item on Amazon. It also analyses reviews to verify trustworthiness.

Talarah Grace
TOP 500 REVIEWER
5.0 out of 5 stars READ IT NOW, no regrets!
Reviewed in Australia on 6 March 2019
This book was honestly soo great! It had a badass, slightly snarky heroine, five scrumptious mates and two awesome best friends that you dream about having. I love a good shifter romance as good as the next one but this book really stood out from the mundane that this genre has become. It was suspenseful, thrilling, sexy and the witty banter and snarky comments made me chuckle out loud. The storyline was impeccable and kept you guessing and wanting to read more. The characters actually had backgrounds, secrets and fears that they overcome. I cannot rave about this book more. It's was an absolute treat that I devoured in one sitting and I can't wait for the next book to this awesome series.
Read more
Helpful
Comment Report abuse

Bonnieville
5.0 out of 5 stars Great read
Reviewed in Australia on 5 September 2019
I absolutely love this book! So glad I found it. It’s has such a great story, it’s well written and leaves you wanting more. I love that the heroine is female and that the pack is full of strong, capable brave females. I wish it was longer and we go to know the boys more but it was still perfect! What a great first book I really can’t wait for the second. Definitely worth reading.
Read more
Helpful
Comment Report abuse

Smash woods
5.0 out of 5 stars What a book
Reviewed in Australia on 6 March 2019
Amazing!!!!! What a book, I could not put it down. I was wrapped up in the story, lost in the characters and feeling every moment.

I love the characters and the story line, I’m excited to see what the next book holds.

Thank you for a amazing escape from reality.

Amazon Customer
5.0 out of 5 stars Im asking whats it about
Reviewed in Australia on 22 June 2020
Does it have romance like i dont mind if it has some but because im 11 YUCK!!! but i will get it and Isobelle im sure you have a lot of talent i will rate ot a 5 star because i knlw it will be AMAZING!!!!! About the romance thing i hope you dont mind. :)
Read more
Helpful
Comment Report abuse

Biatch73
5.0 out of 5 stars Loved It!
Reviewed in Australia on 12 April 2019
Great original story that sucked me in, I read it in a day! And if you like sexy times you'll love it even more! What talent Isobelle has for writing, thank you for a great read!
Read more
Helpful
Comment Report abuse
See all reviews

Amazon Customer
5.0 out of 5 stars Brilliant
Reviewed in the United Kingdom on 7 March 2019
Verified Purchase
Couldn't put it down! Just brilliant! Loved, loved, loved this book. The characters and plot flowed perfectly. Can't wait for the next one.
Read more
Report abuse

Deborah J Snowden
5.0 out of 5 stars Amazing new series!!!
Reviewed in Canada on 14 March 2019
Verified Purchase
This is the first book in the Elements of the Twilight series and it was amazing! The book grabs your attention right from the beginning full of action, suspense, love and sacrifice. If you love shifter reverse harem books you won't be disappointed. I highly recommend this book and can’t wait to read the next book in the series.
Read more
Report abuse

myriam
5.0 out of 5 stars Amazing debut!!!
Reviewed in the United States on 6 March 2019
Verified Purchase
This was a great, powerful and very steamy book and I enjoyed it immensely. Every single page. I have to put a warning label though: This is not for sensitive readers, as there are some heavy violent uncensored scenes in this book, as well as explicit steamy scenes with multiple partners. Also a warning for cliffhanger haters, the book ends on a really good one.
I have no idea where to start admiring this author's work. First of all, her writing is impeccable, the plot she created is intriguing, solid and original, the characters are well developed, and the world is well built. On top of that, the author gives a raw, uncensored depiction of violence, sex, emotions, and everything that goes on in various kinds of relationships. She does not shy away from vividly describing misogyny, domestic abuse, and plain sadistic torture and trauma they cause in survivors. The author clearly defines the differences between consensual sex and sadistic abuse, and I applaud her for it. There is no possibility for any reader to confuse the two. Some of the scenes are so vivid and difficult to read, as opposed to the others which are as equally vivid, as they are steamy and wonderful to read.
The characters are wonderfully developed and defined, even the ones you just can't help but hate from the start. There is hardly any black and white about the characters, but mostly in between, apart from maybe two or three characters which are clearly defined as all good or all bad. Mostly there is good and bad in everyone, and whichever prevails, depends on their personal agenda. There are so many secrets, so many misguided actions, fear, betrayal, and then there is so much love, loyalty, self-sacrifice, atonement. The book is simply brimming with emotions.
The main character is Abby, a daughter of the pack alpha and the future alpha of the female shifter pack, which breaks from the traditional patriarchal structure. She is strong and powerful, determined and loyal, loving and caring, and ruthless when she needs to be. The rest of the characters are incredibly interesting as well, which is emphasised by the way the author gradually reveals their characters, their pasts and their secrets. These secrets form the best part of the plot as they cause the unexpected twists and turns in reader's perception of the events.
So plot that starts as something usual and expected, gradually grown into a completely original and unexpected story that leaves the reader breathless. So much happens in this story, I loved every page of it. And did I mention how steamy the story is? This is definitely one of the steamiest stories out there. And definitely one of the most interesting stories as well. Amazing debut. I seriously can't wait for the next book.
Read more
3 people found this helpful
Report abuse

Jayne Gibson
5.0 out of 5 stars A very original story... Loved this!
Reviewed in the United States on 5 March 2019
Verified Purchase
I started this book and never set it down until I finished it. Phew! What an adventure, and there’s more to come. There are so many twists and turns in this story; some are revealed at the end of the book and some aren’t, forcing me to wait on the mystery.

Abby is an alpha wolf shifter, daughter to her mother, the alpha of her pack. Her mother has purposely misled Abby as to the true nature of her birth and her father. Why? The High Priestess of the Elders thinks Abby’s powers will elevate her to a god-plane, but will she?

Abby claims five dragon shifter mates in a claiming ceremony, and she comes to love all of them. The men have elemental powers that will mesh with hers and together will they either free the dying packs from the rule of the Elders or will they destroy them all? I loved this imaginative and truly unique reverse harem story. Highly recommended.
Read more
Report abuse

Simply Books
5.0 out of 5 stars Great new storyline
Reviewed in the United States on 6 March 2019
Verified Purchase
I choose this rating because:

*New twist on a PRN storyline
*Interesting and varied characters
*Fast burn but written well
*Fantastic flow of writing
*The story and characters kept me interested and reading!

This a great book from a debut author and I'm looking forward to reading more by her!

***The book warns of darker themed moments. However, I'm NOT a reader of dark material, and while this book was not to much for me, it was borderline. Please read the warning before reading! 💚
Read more
Report abuse
See all reviews
Get FREE delivery with Amazon Prime
Prime members enjoy FREE Delivery and exclusive access to movies, TV shows, music, Kindle e-books, Twitch Prime, and more.
> Get Started
Back to top
Get to Know Us
Make Money with Us
Let Us Help You
And don't forget:
© 1996-2020, Amazon.com, Inc. or its affiliates