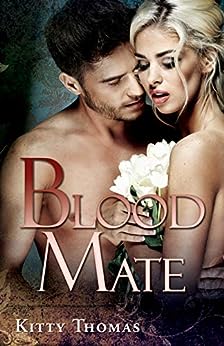 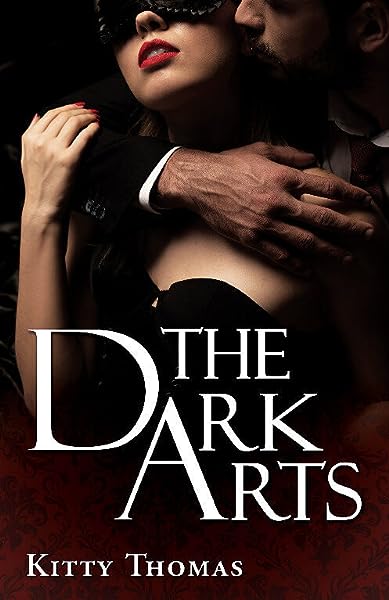 3.7 out of 5 stars
3.7 out of 5
119 global ratings
How are ratings calculated?
To calculate the overall star rating and percentage breakdown by star, we don’t use a simple average. Instead, our system considers things like how recent a review is and if the reviewer bought the item on Amazon. It also analyses reviews to verify trustworthiness.

Rosie
TOP 100 REVIEWER
3.0 out of 5 stars Somewhat disappointing
Reviewed in Australia on 23 March 2021
Verified Purchase
I took a chance on this book after having not sampled anything in the vampire genre for a couple of years. I was quite disappointed.
I found August to have no real redeeming qualities and had little sympathy for him.
Nicole was weak.
I got no emotion or eroticism in any of the exchanges, which left me unsatisfied.
Read more
Helpful
Report abuse
See all reviews

Bookcrazy
2.0 out of 5 stars Disappointed
Reviewed in the United Kingdom on 24 March 2021
Verified Purchase
I have to say I'm disappointed with this book. I was expecting so much more and it just didn't deliver. I really didn't get August to be honest one minute he seemed like he cared about Nicole, the next he hated her. I get the mate thing and that drove him but did he really have to be so bloody cruel and blaming Dominic for everything that really were caused by him all along! The ending made me furious.. what a let down just complete rubbish. I'm glad i didn't pay much for this book, it had so much potential but didn't hit the ball out the park.
Read more
Report abuse

Tina Williams
5.0 out of 5 stars A Dark and Intense Fairy Tale
Reviewed in the United Kingdom on 19 February 2014
Verified Purchase
This is another mind blowing, intense and deeply psychlogical read from Kitty Thomas. Readers of this author will be familiar with her imaginative literary erotica. For my part, I am still working my way through her backlist, having read Tender Mercies, Submissive Fairy Tales and Big Sky. At times I like a dark read that blurs the boundaries between wrong and right, moral and immoral and good and evil and few can equal this author. Kitty Thomas’ books always provoke a moral dilemma in my head, which stays with me long after I have read the book!

In Blood Mate we have a powerful and ancient vampire August, formerly a pious man, who was turned against his will and who bears a terrible curse. He must drink the blood of his terrified human victims night after night, his desperate efforts to end his life being fruitless. The only way that his torment can be assuaged is to find his one and only blood mate, a woman whose mind he cannot enthral but who will be able to satisfy his blood-lust each night, negating his desire for another’s blood, and remain with him for eternity.

But hey, this is in no way your usual tortured vamp meets his mate affair, leading to a HEA. In fact if a neat and tidy HEA is what you are after than this is not the book for you. This is Kitty Thomas and Nicole, the heroine of this story does not play ball and fall at the vampire’s feet, despite her physical attraction to him, for she has already found her soul mate, her husband Dominic, and she is not giving him up without a fight! What follows is a dark and twisted tale examining love, blood-lust, desperation, guilt, torment, sanity and jealousy, peppered with scenes of eroticism and violence which literally took my breath away and had me questioning what was right and what was wrong.

August is a vampire who will go to any lengths to ensure that Nicole accepts him as his blood mate and the lengths he goes to are not romantic by any means. Despite his actions I do have some sympathy towards him as he does retain a spark of humanity. It is this spark of humanity, coupled with the wish to not harm his mate, that drives the plot in directions that only this author could envisage.

Nicole‘s husband Dominic, a strong and sympathetic character, is also a key player in the development of the plot and the ending took me completely by surprise and I have not stopped thinking about it since! I will not say any more as to do so would spoil the plot for those that are tempted to buy the book for a truly entertaining and thought-provoking read. Do not just take my word for it but check reviews elsewhere.
Read more
3 people found this helpful
Report abuse

Charlotte
5.0 out of 5 stars Kinky Vampires!
Reviewed in the United Kingdom on 12 August 2019
Verified Purchase
Once again, a fantastically dark tale from the amazing Kitty Thomas! Blood mate is a dark, twisted story that I couldn't put down. It wasn't as long as some of her other work but just as captivating. Kitty will take you on a real mind flip of a journey.
Read more
One person found this helpful
Report abuse

Filerimos
5.0 out of 5 stars Not the usual "love" story.
Reviewed in Germany on 14 October 2014
Verified Purchase
This book shows us a different view of the "meant for mate aspect".
Blood Mate is a fantastic read! I recommend it highly.
Read more
Report abuse

Princess Rara
4.0 out of 5 stars Another wonderful book from the amazing Kitty Thomas
Reviewed in the United States on 4 February 2014
Verified Purchase
Kitty Thomas’ work has become synonymous with dark erotica. Her writing is definitely not for the faint of heart. But if you enjoy having your mind messed with, then you need to start reading Ms. Thomas’ catalog because nobody is better at dark literary erotica.

Blood Mate is Ms. Thomas’ newest book. As are all of Ms. Thomas’ books, there is no black and white when it comes to the characters and their motivations. I won’t use the words hero or heroine to describe August or Nicole because that description is too simple to adequately portray them. Neither one is inherently good or bad, but as most humans, they fall somewhere in between. It is this human/ nature dichotomy that makes Nicole and August so fascinating.

August is a former monk who is now a vampire. He needs blood to survive, but each time he kills someone he is tortured by their pain. The only way to save him from this curse is to find his blood mate. When he finds that blood mate, he will be able to feed from them without killing them and will no longer need to feed from others. He meets Nicole and instantly recognizes her as his blood mate. Unfortunately she is married and has no plans on becoming August’s food source.

August kidnaps Nicole and tries to convince her to be his blood mate. It she does not consent, then the curse cannot be broken. This is where things turn grey and murky. Is August a villain or not? Is Nicole an innocent victim? I believe the answer is different for each reader. August may have kidnapped Nicole but he is tender and understanding of her fears. He goes out of his way to try to help Nicole be comfortable with being his blood mate. He offers her ways to stay with her beloved husband but still serve as his blood mate. Shouldn’t she agree and help save the lives of others? Is she being selfish by refusing? Is August really a villain if he is trying so hard not to kill other people? Or is he expecting too much from Nicole?

Its questions like this that really make you think which is why I love reading Ms. Thomas’ books. Then just when you think you have some of the answers, there is an unexpected twist that completely messes with your mind. Without going into details, let’s just say never be sure of anything.

Are you intrigued? You should be because this book is an absolute original. It’s not often that you read a book that haunts you long after you’ve finished. Blood Mate is different from some of Ms. Thomas’ other work in that there isn’t a lot of kink, but the WTF moments you expect from Ms. Thomas are very present in Blood Mate. So if you like Kitty Thomas, you’ll love this book. And if you’ve haven’t yet been introduced to the talent that Ms. Thomas has, Blood Mate is a great place to start.
Read more
14 people found this helpful
Report abuse
See all reviews
Back to top
Get to Know Us
Make Money with Us
Let Us Help You
And don't forget:
© 1996-2021, Amazon.com, Inc. or its affiliates