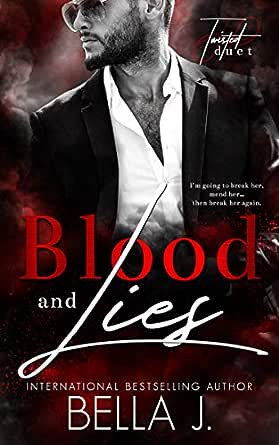 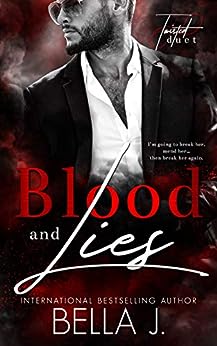 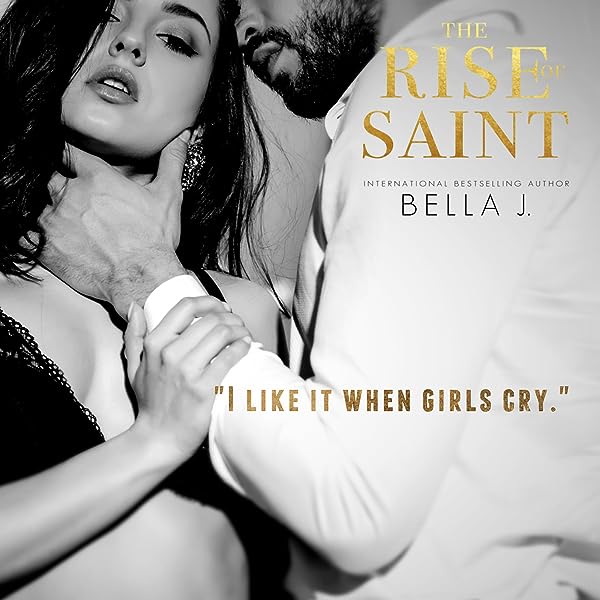 All the way from Cape Town, South Africa, Bella J lives for the days when she's able to retreat to her writer's cave where she can get lost in her little pretend world of romance, love, and insanely hot bad boys. Bella J is a Hybrid Author with both Self-Published and Traditional Published work. Even though her novels range from drama, to comedy, to suspense, it's the dark, twisted side of romance she loves the most. --This text refers to an out of print or unavailable edition of this title.

Nean
TOP 500 REVIEWER
5.0 out of 5 stars Loved it
Reviewed in Australia on 5 April 2019
Tatum wakes and can’t believe the face she sees isn’t Carlo’s that he’s dead, and Castello is going to use her for his sick game of revenge, seeing her family as the reason Carlo was dead. Tatum soon realises that the only way she can have a chance at survival is to fight Castello at every turn and show him that she’s not the little mouse that he thinks she is.
Castello realises the more he watched her the more the monster inside him wanted her but watching her he realised his little mouse wanted to fight him and he was going to play.
Tatum couldn’t understand how she could want him, but knew he was having the same problem, he more he wanted her, he knew he shouldn’t, but she called to his dark side. Tatum know that she didn’t want to say Castello was right, but being kidnapped and meeting Castello, all her dark desires had come back that she’d kept hidden.
Tatum knows it’s wrong, she was heart-broken about Carlo’s, but she couldn’t help the draw she had to Castello, Castello knew she was forbidden but she fed all his dark desires. They soon realise as much as they are fighting their own desires, there biggest battle is about to begin.
Read more
Helpful
Comment Report abuse

Michelle V.
5.0 out of 5 stars I loved it!
Reviewed in Australia on 22 February 2017
Castello Fattore's whole life changes after the deaths of his father and brother. Now he's in charge of the family and the new Capo, and he's looking for revenge. Tatum Linscott is the first one to pay in Castello's revenge plot.

"It started with her…and it will end with her."

Will Castello get his revenge for his family? Or will the forbidden fruit of Tatum break him?

WOW!! This was my first book by Bella J and now I'm hooked. I loved it!! A dark mafia romance with a twist of cat and mouse games played for a wild ride. This book had me on the edge of my seat. It's a beautifully written book and I am so excited to read the next.

I was gifted this ARC and I am leaving a voluntary review.
Read more
Helpful
Comment Report abuse

Qubs
5.0 out of 5 stars Absolutely loved it. Cannot wait for Blood and
Reviewed in Australia on 5 September 2017
omg...how stoked was I to find an author from Cape Town....

I instantly fell inlove with the characters. It had a roller coaster of emotions. Absolutely loved it. Cannot wait for Blood and Vows.

Castello has his own demons to battle and an overbearing mother...Tatum...strong willed and has a reason to live.
I love their love story...
Read more
Helpful
Comment Report abuse

Vicki K-S
5.0 out of 5 stars DARK,TWISTED....LOVE IT!
Reviewed in the United Kingdom on 21 February 2017
Verified Purchase
*REVIEWING FOR ROCK HARD ROMANCE*
*ARC received and PURCHASED to add to own collection*

'You're my Little Mouse now'(Castello)

'An Unapologetically Twisted Romance'....
That is the Absolute Truth! Take note from the Author at the start-with the WARNING of DARK,TWISTED with TRIGGER SITUATIONS...So if you are sensitive to such things then this is NOT the fluffy hearts and flowers tale for you!!
From the Prologue,with a double funeral of Castello's twin brother and their Father,and the 'Our Family will never be the same again' line-I was hooked!
The story moves on 7 Months later,and in that time,there have been plans set in motion to seek revenge against the one responsible for those deaths-to be paid by 'her' (Tatum)

'It all started with Her,and it would all end with Her-I would make sure of it'

Lines are crossed,some truths revealed with violent repercussions,both Castello and Tatum will no doubt have some journey ahead of them,which I hope will be concluded in the next part-and that we won't have to wait too long to see what will happen!

'I'm about to fight a war,and I'm going to fight it with you by my side as my Queen' (Castello)
Read more
Report abuse

Theresa
5.0 out of 5 stars Snatched
Reviewed in the United Kingdom on 2 January 2019
Verified Purchase
What a cracking book I was pulled in from the start and was not disappointed, Tatum is brokenhearted when the guy she's been seeing Carlo just disappeared, and now she has been kidnapped, by Carlo, but something is off. Castello is going to make Tatum pay for getting his twin Carlo killed, as Head of the family he will make her pay.

Margaret Carrier
3.0 out of 5 stars Unreal
Reviewed in the United Kingdom on 25 August 2018
Verified Purchase
I struggled with this story, that a strong mafia family would kidnap and torture an innocent girl instead of fighting man to man,and that her father would come to exchange places with her, without a plan or back up. Will not be buying book two.
Read more
One person found this helpful
Report abuse

Amazon Customer
5.0 out of 5 stars Review
Reviewed in the United Kingdom on 20 May 2018
Verified Purchase
Omg, absolutely loved Blood & Lies, could not put down, I actually felt like I was inside this book living and breathing Tatum and Castello 's life along side the two of them, can't wait to read the conclusion of their story
Read more
Report abuse

Kindle Customer
5.0 out of 5 stars Castello and Tatum 😍
Reviewed in India on 14 November 2017
Verified Purchase
I had been waiting to read this one but I was apprehensive about the cliff driving me crazy as that's Bella J's style to write stories with such strong characters and intense storyline that'll dig their claws deep into you that you can go crazy if you don't get your next fill. So in preparation of Blood and Vows release, I was over the top happy to dive into this one. ANNNDD I WAS OH SO SPOT ON ABOUT THE DRIVING CRAZY PART. The story starts with a bang as we see Tatum kidnapped and unbeknownst about her surroundings and the reason behind her captivity. Then there is CASTELLO. Initially along with Tatum I hated him. I just didn't see the point to all the revenge saga but in mafia families loyalty comes first so I got where he was coming from. Yet my heart hurt and felt deeply for Tatum. But then seeing slowly Castello falling for Tatum and not just straight forward feelings. No.. Tatum and Castello together are just EXPLOSIVE, DESTRUCTIVE and ALL CONSUMING. WOW!!! That's what I loved about this book and then BANG!!! The ending.. I knew Bella J was having something huge up her sleeve. So yeah, this is a DEFINITELY MUST READ and I can't wait to have my next fill of Castello and Tatum. 💖 😍
Read more
Report abuse
See all reviews
Get FREE delivery with Amazon Prime
Prime members enjoy FREE Delivery and exclusive access to movies, TV shows, music, Kindle e-books, Twitch Prime, and more.
> Get Started
Back to top
Get to Know Us
Make Money with Us
Let Us Help You
And don't forget:
© 1996-2020, Amazon.com, Inc. or its affiliates