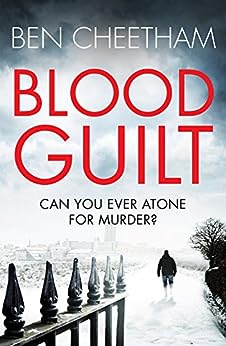 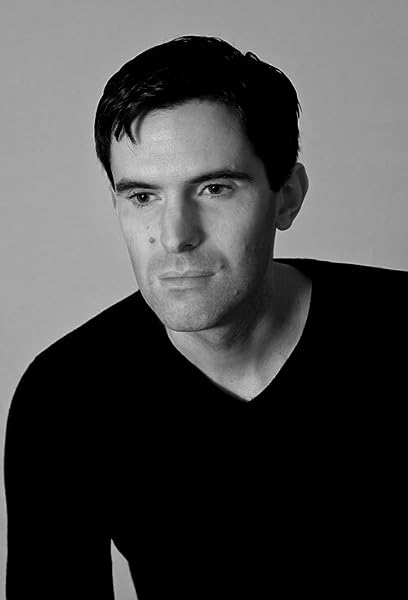 Is it ever truly possible to atone for killing someone? How far would you be willing to go to try?

After the death of his son in a freak accident, DI Harlan Miller's life is spiralling out of control. He's drinking too much. His marriage and career are on the rocks. But things are about to get even worse. A booze-soaked night out and a single wild punch leave a man dead and Harlan facing a manslaughter charge.

Fast-forward four years. Harlan's prison term is up, but life on the outside holds little promise. Divorced, alone, consumed with guilt, he thinks of nothing beyond atoning for the death he caused. But how do you make up for depriving a wife of her husband and two young boys of their father? Then something happens, something terrible, yet something that holds out a twisted kind of hope for Harlan – the dead man's youngest son is abducted.

From that moment Harlan's life has only one purpose – finding the boy. So begins a frantic race against time that leads him to a place darker than anything he experienced as a policeman and a stark moral choice that compels him to question the law he once enforced.

'Fast-moving action and lots of twists' The Times.

'In terms of sheer un-put-down-ability, this was the best book I've read in a long time' RavingReviewer.

A crime thriller with a unique premise- a man sets out to find a kidnapped boy... to atone for killing the boy's father.

'Fast-moving action and lots of twists make this debut novel a most enjoyable read' The Times. --This text refers to an alternate kindle_edition edition.

Ben Cheetham's short stories have been widely published in the UK, US and Australia. Ben lives in Sheffield, where he can usually be found racking his brain for the next provocative thriller in the STEEL CITY series. --This text refers to an alternate kindle_edition edition.
Read more

Ben Cheetham is an award-winning writer and Pushcart Prize nominee. His writing spans the genres, but he has a passion for dark, gritty crime fiction. His short stories have been widely published in the UK, US and Australia. His novels are published by Head Of Zeus and Thomas & Mercer.

Ben lives in Sheffield, UK, where - when he's not chasing around after his son - he spends most of his time locked away in his study racking his brain for the next paragraph, the next sentence, the next word.

If you want to learn more about him, or get in touch, you can look him up at:

4.3 out of 5 stars
4.3 out of 5
843 global ratings
How are ratings calculated?
To calculate the overall star rating and percentage breakdown by star, we don’t use a simple average. Instead, our system considers things like how recent a review is and if the reviewer bought the item on Amazon. It also analyses reviews to verify trustworthiness.

Wogan
4.0 out of 5 stars Excitement on every page
Reviewed in Australia on 23 November 2015
Verified Purchase
Just my kind of book lots of excitement
Read more
Helpful
Report abuse
See all reviews

Tham Chee Wah
5.0 out of 5 stars If only there are 10 stars for rating...
Reviewed in the United Kingdom on 4 June 2019
Verified Purchase
This book is so well written. The story is so believable. The emotions of the main character, Harlan, are so hauntingly stirring. It is truly difficult to atone and redeem the things he has done wrong, especially killing a man.

The person he killed was a husband and a father to two lovely boys. The guilt and remorse consume him. He would risk his life to do anything to make it right - if that is possible. But he tries... this is where all his emotions and sensitivities are being tested.

The writing is extremely poignant and heart wrenching. The author took time and a lot of pages in the book to reveal how much hurt he has inflicted on himself. It is so painful to see him go through so much pain. There are times you’ll wish you could scoop him up like a lost kitten, cuddle it and wish you could help to ease his pain.

Why do I feel this with a crime novel? That’s why this book is so good. If you are going to read only one book this year, really, make it this one.

steve
4.0 out of 5 stars Entertaining
Reviewed in the United Kingdom on 21 October 2015
Verified Purchase
Novelists are entertainers, the main competition is other forms of entertainment. What they are trying to achieve is to get someone to spend a few pounds and then dedicate six to ten hours of their valuable time to reading their words rather than switching on the television, playing games on their tablet, going out to the pub, or one of the other multitude of things in modern life. Blood Guilt is certainly strong on entertainment value — you could well describe it as action-packed. The main character, Harlan Miller, a rogue ex-copper on a one-man crusade, is very strongly drawn and believable: very consistent and well thought out. I can’t imagine many people not finishing this book once they are a few pages in. It is “popular fiction” rather than a great work of art, but doesn’t pretend to be other than what it is. At times you do feel phrases or actions to be a little clichéd, but it is probably just what you expect from this genre. It is rather grim at times but not gratuitously so like The Executioners Art. The action takes place almost entirely in Sheffield, but there is no strong sense of place — bar certain place names it could be anywhere. The character of the city and it’s people do not come through in any real way, but again that could be by design, similar to calling the main character “Harlan,” an American name, which take him outside of nay sense of place. 33 Sheffield novels and counting: http://stevek1889.blogspot.co.uk/2014/06/sheffield-novels.html
Read more
3 people found this helpful
Report abuse

McDroll
5.0 out of 5 stars What happens when you can't forgive yourself?
Reviewed in the United Kingdom on 30 January 2012
Verified Purchase
You killed but you are not a killer. You paid for your crime but you are still guilty. You are loved but can't love. What do you do when you leave prison and this is how you feel? Find out in In Ben Cheetham's BLOOD GUILT, a deliciously noir tale of one man's struggle to forgive himself.

Cheetham makes the process of getting the reader to turn the pages seem so simple. His stories quickly get under your skin making you itch to discover if there is any way out for his damaged central character, Harlan, the failed CID officer who now finds himself on the other side of the fence, having murdered a stranger in a flash of violence that changed his life forever.

Cheetham's strength as a writer lies with his character descriptions. Whether it is Harlan, the protagonist, his wife or his victim's wife, the reader is presented with fully rounded and believable individuals sitting well within the plot, their feelings and emotions carefully explored with each strand of love, guilt and anger allowed to develop to its potential, adding to the turmoil that boils and bubbles away leading ever onward to the explosive finale.

BLOOD GUILT tells a story that we have all heard before on our TV news but Cheetham ably adds the colour, the human touch, that makes the tragedy of people's lives real and allows the reader an insight into the pain that no parent ever wants to feel when a child goes missing.
Read more
7 people found this helpful
Report abuse

Kaz
4.0 out of 5 stars Good storyline
Reviewed in the United Kingdom on 27 March 2022
Verified Purchase
After an argument with a thug something happens which changes Harlans life forever
Will he ever forgive himself ? But an opportunity to help the family who's lives he shattered presents itself and Harlan will do everything it takes , even if its above the law
Fast paced , with plenty of twists
Read more
Report abuse

YOLANDA
4.0 out of 5 stars loved it!
Reviewed in the United Kingdom on 24 March 2014
Verified Purchase
I really enjoyed this. Harlan is a detective from Sheffield; his young son has just died and he and his wife Eve are struggling to keep their relationship together when, deep down, he blames Eve for the boys death. The night she decides to pack her bags and leave him he goes out to drown his sorrows;gets into a drunken fight and with just one punch his life is forever changed.Charged with manslaughter he is sentenced to four years; he spends those years hating himself for killing a man; taking him away from his wife and two children.He is filled with self loathing and guilt. On his release his old work partner picks him up from the gates of HMP Leeds but Harlan hates himself so much he doesn't feel he deserves his old friends forgiveness and won't even let Eve back into his life. All he wants/needs is to make things right with the wife of the man he killed.He tries to give her money but shes not interested but then her youngest son is kidnapped from his bed in the middle of the night. The police and locals focus on a local peadophile but when the police can get nothing from him and have to release him and there seem to be no other leads Harlan gets a desperate knock at his door. Solving this and finding the boy would go a long way to ease his guilt and let him move on and live a life again so that is what he sets out to do.One way or another; no matter what he has to do; he's going to find that boy and take down the despicable people behind his kidnapping.
I'll be looking out for the next in the 'Steel City' series.
Read more
One person found this helpful
Report abuse
See all reviews
Report an issue
Does this item contain inappropriate content?
Report
Do you believe that this item violates a copyright?
Report
Does this item contain quality or formatting issues?
Report