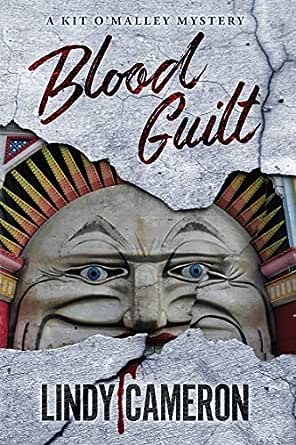 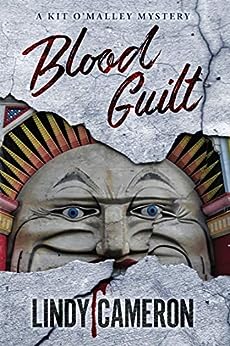 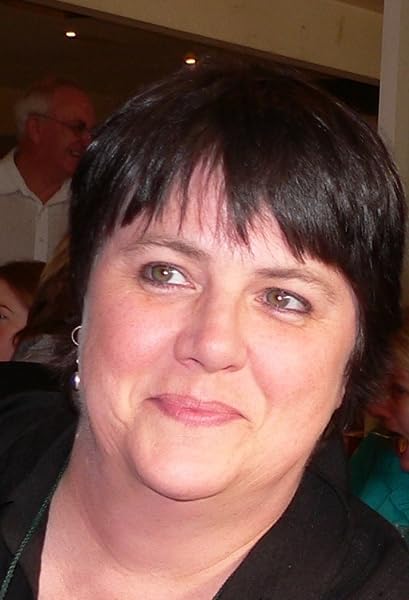 Lindy Cameron lives on Victoria's beautiful Mornington Peninsula outside Melbourne, Australia. She is a convenor of Sisters in Crime Australia and editor of its newsletter, Stiletto.
--This text refers to an alternate kindle_edition edition.

AbFab
4.0 out of 5 stars Enjoyable Read
Reviewed in the United Kingdom on 24 December 2013
Verified Purchase
I have read all the books in the Kit O'Malley series and thouroughly enjoyed them, the characters are well written and the story flows well
Read more
Report abuse

megan l hodges
5.0 out of 5 stars Get it
Reviewed in the United Kingdom on 26 January 2014
Verified Purchase
If u like it lesfic then this is definitely one with a twist that is worth getting. Keeps you hooked on all levels.
Read more
Report abuse

ReadingGrump
3.0 out of 5 stars Weakest in a great series
Reviewed in Germany on 29 March 2017
Verified Purchase
Out of all "lesbian fiction" sub-genres, "mystery" is probably the one with the most quality books. And this series certainly is one of them.

Set in Australia (not that I mind all those US settings, but it's nice to see that there's other nations out there...), this follows PI Kit O'Malley, who takes on a simple case, which proves to be anything but simple.

It's a well constructed case with many different actors, and although it's not hard to guess at the main suspects, it's difficult to figure out what exactly is going on. Fear not though, Kit will puzzle it out and it'll all make sense.

Easily as entertaining as the mystery is Kit herself. She's scared of heights and has some trouble not constantly embarrassing herself by somehow falling over or stumbling over things or ... I guess we all know at least one such person. It's fun to follow her, and it by no means makes her incompetent.
She's also completely and utterly "in lust" with Alex, her love interest. The "fall in lust at first sight" trope is often used in lesbian romances, but - Kit just takes it to a completely new level. The exaggerated way she reacts every time Alex shows up makes one wonder why she didn't at some point die of a heart-attack. It's really amusing to read, and they make a great pair for the romance.

Completed is the cast by some nicely unique and quirky side-characters (especially Kit's mother, who really doesn't get how phones work). Throughout the book we get some nice humor between the mystery's serious problem (among the greatest scenes is Kit and her friends discussing the novel she writes: she's writing about a retired, lesbian ex-police officer gone PI. Which is exactly what Kit is. Apparently, her heroine is unrealistic, as she's exactly like Kit, who, according to her friends, can't be real either...).

What could have been improved is the proof-reading. Maybe I'm the one who doesn't understand all comma-rules, but my impression is that the author has some trouble those dreadful little things and she didn't quite manage to catch all errors. Granted, it's not as big a deal as messing up words or anything, but still.
I also found that some issues of the case don't really get resolved. Oh, the bad guys get caught and all that, but ... well, can't really spoil anything, but they did some other crimes tangentially related to the cases discussed in this novel and we never get to hear what's done about that, and I feel that's a bit symptomatic about some aspects of the book: it concentrates on the case and Kit, and in a way that's fine, but a few extra paragraphs here or there would have provided more depth to some aspects.

There's some other niggles here or there, but nothing big.
Altogether a solid, fun start to a mysteries series that only gets better with the second and third book. My only disappointment is that Lindy Cameron never wrote more in the series. Well. Who knows, maybe one day? Three is not a bad number, but I wouldn't mind having more Kit.
Read more
Report abuse

Bett Norris
5.0 out of 5 stars Guilty Pleasure
Reviewed in the United States on 18 February 2006
Verified Purchase
This sort of thing has been done before, but it has rarely been done this well. Blood Guilt is an entertaining and engrossing tale of a wise-cracking private eye, quickly embroiled in a what should be a simple job of following a cheating husband around but of course becomes something much more complicated and dangerous, a setting in Australia, not one but two attractive women for distraction, and enough plot to tangle yourself in for a good long while. The blurb on the Bywater Books edition warns, "Don't start this book if you have someplace to be." Go ahead and block off some time, because you really won't want to put this one down until you've finished the last, very satisfying, twist and turn.

It moves quickly, carrying the reader along at a good brisk pace. It stays interesting, and it is also funny. This first in a series introduces Kit O'Malley, former police officer, now a private investigator, and a group of characters as eccentric and vague as her mother, who tends to begin and end conversations rather abruptly. Kit is both smart and smart-mouthed, and both qualities get her in trouble of various kinds. She's also a bit clumsy. Everyone in this novel is a bit quirky, so go ahead and enjoy. The plot deepens and gets more complicated, but there are no darker overtones other than solving the crime and falling head over heels (almost literally) in love with a beautiful woman along the way.
Read more
12 people found this helpful
Report abuse

Kattie
5.0 out of 5 stars So funny
Reviewed in the United States on 8 August 2013
Verified Purchase
This book was a great mystery and had me laughing out loud at times. Kit has become one of my favorite detectives, because she's smart and attractive but she's also clumsy and somewhat bashful and obviously flawed, unlike some of the characters I've encountered before. The characters are all interesting and while at times you might keep guessing back and forth as to what's going on, the closer to the end of the story you get the you'll probably have a lot of it already figured out, but maybe like me, you'll have so much fun getting there that it won't matter if you know before everyone else does or not
Read more
Report abuse
See all reviews
Get FREE delivery with Amazon Prime
Prime members enjoy FREE Delivery and exclusive access to movies, TV shows, music, Kindle e-books, Twitch Prime, and more.
> Get Started
Back to top
Get to Know Us
Make Money with Us
Let Us Help You
And don't forget:
© 1996-2020, Amazon.com, Inc. or its affiliates