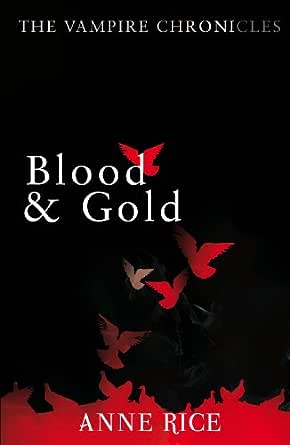 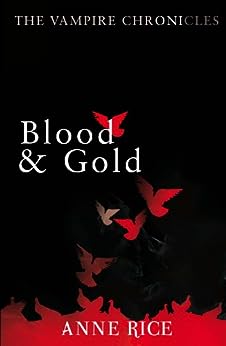 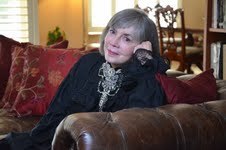 Rice's writing is wonderfully imaginative and as creepily splendid as a hot-house orchid, Sunday Times

The Vampire Chronicles continue with Anne Rice's spellbinding new novel, in which the great vampire Marius returns.
The golden-haired Marius, true Child of the Millennia, once mentor to The Vampire Lestat, always and forever the conscientious foe of the Evil Doer, reveals in his own intense yet inti-
mate voice the secrets of his two-thousand-year existence.
Once a proud Senator in Imperial Rome, kidnapped and made a "blood god" by the Druids, Marius becomes the embittered protector of Akasha and Enkil, Queen and King of the vampires, in whom the core of the supernatural race resides.
We follow him through his heartbreaking abandonment of the vampire Pandora. Through him we see the fall of pagan Rome to the Emperor Constantine and the horrific sack of the Eternal City itself at the hands of the Visigoths.
Bravely, Marius seeks a new civilization in the midst of glittering Constantinople, only to meet with the blood drinker Eudoxia. We see him ultimately returning to his beloved Italy, where after the horrors of the Black Death, he is restored by the beauty of the Renaissance. We see him become a painter living dangerously
yet happily among mortals, giving his heart to the great Botticelli, to the bewitching courtesan Bianca, and to the mysterious young apprentice Armand.
Moving from Rome to Florence, Venice, and Dresden, and to the English castle of the secret scholarly order of the Talamasca, the novel reaches its dramatic finale in our own time, deep in the jungle where Marius, having told his life story, seeks some measure of justice from the oldest vampires in the world. --This text refers to an alternate kindle_edition edition.

The latest mesmerising and exotic Vampire Chronicle from the mistress of the genre - a must for all readers of The Vampire Armand. --This text refers to the paperback edition.

Out of the pages of the Vampire Chronicles steps the golden-haired Marius, true Child of the Millenia, once mentor to the Vampire Lestat, always and forever the conscientious slayer of the evildoer, and now ready to reveal the secrets of his two-thousand-year-long existence in his own intense voice.

Born in Imperial Rome, imprisoned and made a "blood god" by the ancient Druids, Marius is the baffled yet powerful protector of Akasha and Enkil, Queen and King of the vampires, in whom the core of the race resides.

We follow his through his tragic loss of the vampire Pandora, his lover and fledgling creation. Through him we see the fall of pagan Rome to the Christendom of Constantine, and the sack of the Eternal City by the Visigoths. We see him sailing to the glittering city of Constantinople.

Worlds within worlds unfold as Marius, surv --This text refers to an out of print or unavailable edition of this title.

This is Anne Rice's twenty-third book. She lives in New Orleans with her husband, the poet and painter Stan Rice, and her son, the novelist Christopher Rice. --This text refers to an out of print or unavailable edition of this title.
Read more

4.6 out of 5 stars
4.6 out of 5
293 global ratings
How are ratings calculated?
To calculate the overall star rating and percentage breakdown by star, we don’t use a simple average. Instead, our system considers things like how recent a review is and if the reviewer bought the item on Amazon. It also analyses reviews to verify trustworthiness.

EJ Hatton
5.0 out of 5 stars Love
Reviewed in the United Kingdom on 16 October 2018
Verified Purchase
I absolutely love reading this book ever since I have received it a few years ago in hardback. With the paperback in hand, I can now have an easier time reading it, especially when I'm in bed.
Read more
Report abuse

Mkko
5.0 out of 5 stars Read this years ago..
Reviewed in the United Kingdom on 22 August 2017
Verified Purchase
..and it's always stuck with me. As a fan of the vampire chronicles, Mayfair witches etc I had to give it another read because Marius was always my favourite vampire.
Read more
Report abuse

Kym Baxter
5.0 out of 5 stars Great Seller
Reviewed in the United Kingdom on 7 May 2016
Verified Purchase
Very happy with the quality and service I received buying this product - Just as described! Very much recommended.
Read more
Report abuse

jennifer covell
3.0 out of 5 stars 14.45 22/04/2017
Reviewed in the United Kingdom on 22 April 2017
Verified Purchase
Enjoyable but was a retelling of previous story's, so a bit disappointing. I was hoping to hear more of the story of the character Markus was taking to.
Read more
Report abuse

Dill
5.0 out of 5 stars Marius
Reviewed in the United Kingdom on 2 May 2014
Verified Purchase
I liked the Vampire Lestat book, but the vampire Marius is as great book as the Vampire Lestat is.
I would recommend to read both of them.