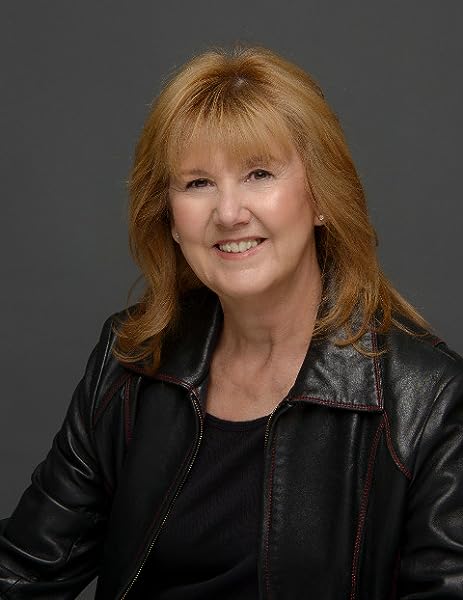 Page 1 of 1 Start overPage 1 of 1
This shopping feature will continue to load items when the Enter key is pressed. In order to navigate out of this carousel please use your heading shortcut key to navigate to the next or previous heading.
Back
Next
Start reading Blood Drive (An Anna Strong Vampire Novel Book 2) on your Kindle in under a minute.

Jeanne C. Stein is the bestselling author of the Anna Strong Vampire Chronicles, which received a RT Reviewers' Choice Award in 2008. She is active in the writing community and is a member of the Rocky Mountain Fiction Writers, Romance Writers of America, Sisters in Crime, and Horror Writers of America. Stein lives in Colorado.

Sue DiBattista
5.0 out of 5 stars Five Stars
Reviewed in Canada on 24 September 2014
Verified Purchase
Loved it. Loved the characters and the story.
Read more
Report abuse

Scott Kelley
4.0 out of 5 stars Pretty good
Reviewed in the United States on 6 September 2020
Verified Purchase
Well I think the series is pretty good but I also think Anna as with a lot of lead characters of most books is pretty stupid. She seems to have little common sense some of which is understandable because of the lack of trust, which is also understandable. She knows she doesn't know anything about her new life but still refuses to find out more about it.
Read more
Report abuse

5.0 out of 5 stars unique vampire mythos
Reviewed in the United States on 4 July 2007
Verified Purchase
She is not just an ordinary bounty hunter; Anna Strong is a vampire bounty hunter, a secret she keeps hidden from almost everyone including her parents. The chief of police, an old and wise vampire professional, wants to mentor her so that she can use her powers the right way but Anna wants to go it alone. She feels it is enough to go to a small Mexican town magically protected by Culebuo, to finds willing human prey. She doesn't know what he is but it is very difficult for her to keep him out of her mind.

Kindle Customer
5.0 out of 5 stars GREAT SERIES
Reviewed in the United States on 31 August 2020
Verified Purchase
Love this series I will keep reading it!
Read more
Report abuse

Sistertex
5.0 out of 5 stars A Great Part Two!
Reviewed in the United States on 8 September 2008
Verified Purchase
Anna is still fighting to figure out her place in the world in this novel and meets a fantastically interesting man named Frey. I love this guy! I like the turns Anna's story has taken. I believe the writer has been very inventive and writes with a very natural tone. A little sex, just enough, nothing too overwhelming. New characters are introduced and old characters are further explored. As she learns her limitations she makes more and more mistakes that makes you feel for this character even more. Constantly stuck between a rock and a hard place...Anna seems to continually choose the long hard route to accomplish helping others who are in her human world. The story moves along quickly and has an ending that is very satisfying. Can't wait to read Book 3,  The Watcher (The Anna Strong Chronicles, Book 3) .
Read more
Report abuse
See all reviews
Get FREE delivery with Amazon Prime
Prime members enjoy FREE Delivery and exclusive access to movies, TV shows, music, Kindle e-books, Twitch Prime, and more.
> Get Started
Back to top
Get to Know Us
Make Money with Us
Let Us Help You
And don't forget:
© 1996-2020, Amazon.com, Inc. or its affiliates