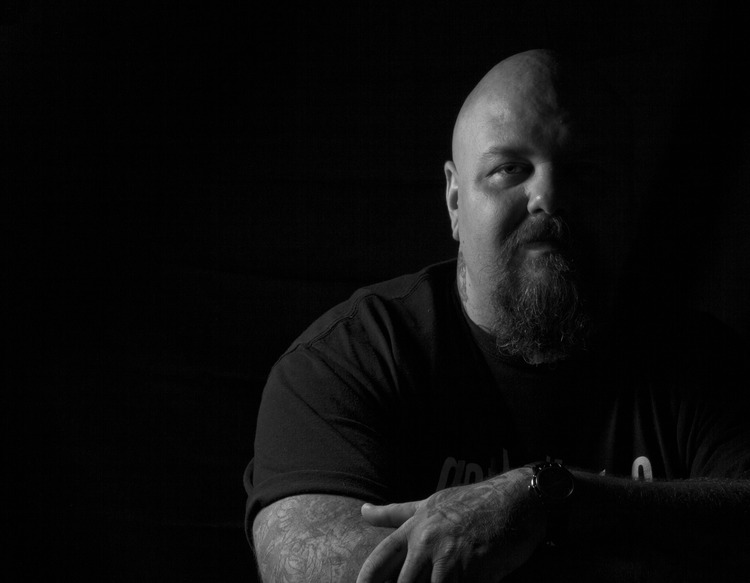 James Tuck is a professional tattoo artist whose work has appeared in numerous publications. He currently lives with his wife, children, and several dogs in Georgia, where he owns and operates a tattoo parlor. His thoughts on writing, and updates about Deacon Chalk's next adventure, can be found at www.JamesRTuck.com.

3.8 out of 5 stars
3.8 out of 5
51 global ratings
How are ratings calculated?
To calculate the overall star rating and percentage breakdown by star, we don’t use a simple average. Instead, our system considers things like how recent a review is and if the reviewer bought the item on Amazon. It also analyses reviews to verify trustworthiness.

Mrs. M. Hank
4.0 out of 5 stars Very enjoyable
Reviewed in the United Kingdom on 23 June 2017
Verified Purchase
Great story moves along at a quick pace no nice sparkly vampires here gory all-out action throughout a must read for all vampire fans oh and lovers of shape shifting creatures
Read more
Report abuse

Drako
4.0 out of 5 stars Interesting descriptions with love for details
Reviewed in Germany on 30 September 2016
Verified Purchase
The first thing I notice about this book was how well written the descriptions are. They are very interesting and short enough to fit in the stories. The other thing I liked very much were the love for details the author has. Also the author tries to stay very realistic ( no infinity munition, the guns get heavy with time) and the reader gets all the informations when he needs them. Overall it was a well written, exciting story with all the things at the right place.
I only have two minor points of criticism. First the story has nothing really new (a little better in the following books) where I could say that flashed me and second I think there is much more potential in the psyche of the characters. The author tries to get the feelings of the hero to the reader, but it is not enough for me to really suffer with the hero and dive wholly in the story.
Read more
Report abuse

My Thoughts: I was very amused by the way Tuck references several other well-known urban fantasy series when discussing other monster hunters. It's a sort of meta-fiction with fiction.

This is very fast-paced and dark, with lots of slaughter and blood and shooting. The editing could have been better--for instance Appollonia's eyes change from honey yellow to pale blue back to amber within just a few pages--but generally speaking the action is too fast to really stop and pay very close attention to those sorts of things. I was a bit flabbergasted to see the claim that Highway 75 was up to sixteen lanes each way; I've been on Hwy 75 and while it might be a total of sixteen lanes where it intersects with I-85, including the offramps, I'm fairly sure it isn't sixteen lanes each way.

I was a little freaked out by the idea of a brown recluse werespider, although my husband insists it would be impossible for a spider to be that large and still be able to move. I pointed out that this is a magickal spider, but he was still unimpressed. He's really no fun.

Anyway, overall I liked it. It could have been a bit cleaner, and it had more than one use of the dreaded "stand to his feet" redundancies, but overall it kept moving and was entertaining, and that's what a person reads Urban Fantasy for, after all. If you like fast-paced, darker urban fantasy that is male-oriented, then you really can't go wrong with Deacon Chalk.

Disclosure: I bought this book for myself. All opinions are my own.

Synopsis: He lives to kill monsters. He keeps his city safe. And his silver hollow-points and back-from-the-dead abilities help him take out any kind of supernatural threat. But now an immortal evil has this bad-ass bounty hunter dead in its sights. . .

Ever since a monster murdered his family, Deacon Chalk hunts any creature that preys on the innocent. So when a pretty vampire girl "hires" him to eliminate a fellow slayer, Deacon goes to warn him--and barely escapes a vampire ambush. Now he's got a way-inexperienced newbie hunter to protect and everything from bloodsuckers to cursed immortals on his trail. There's also a malevolent force controlling the living and the undead, hellbent on turning Deacon's greatest loss into the one weapon that could destroy him. . .
Read more
4 people found this helpful
Report abuse

Lawrence
3.0 out of 5 stars Not Bad, Not Great, Could use some work
Reviewed in the United States on 9 November 2016
Verified Purchase
Saw Tuck at DragonCon, figured I'd give the series a shot. This is the first book I've read in this series, and apparently there are a number of novellas that precede it. That definitely carries across in the story. It feels from the get-go that there are characters/events/happenings/relationships that have been on-going that are almost assumed that you know. The main character is portrayed as this dark wounded figure who also flips a switch and becomes a brutal BA. His supporting cast feels very one-dimensional with hints that there is more there.
I really want to like this title, and honestly feel like it'll flesh out if I continue down the series, but as it stands I'd give it 3-stars.
Read more
One person found this helpful
Report abuse

Nate Hanley
2.0 out of 5 stars A good idea that failed
Reviewed in the United States on 5 June 2014
Verified Purchase
When I first saw the cover and read the synop, I knew I was going to be in for an explosive time. I went in blind. I don't read reviews of books so that I can be surprised. Boy, was I surprised.

James R. Tuck is a good writer. He knows what he is doing and he does what he wants to do. It's the 80s of Dark/Urban Fantasy contained in this book. That isn't a good thing. The main character, Deacon, is a gigantic Mary Sue of a character to live out the fantasies of the writer/readers. His tortured past is supposed to make us sympathic, but it is cliche' to the point of predictability. The supporting cast worship him because he is right, he does what's best and he is unstoppable when he sets his mind to it.

Literally, everyone in this book wants him. There is no fault in this character, no self-doubt. I find it hard to imagine a character like this is likable to the people around him. The women want him and the men want to be him. One character, after meeting him, quickly decides that she has to be with him, if only because he gave her her first tattoo. The scenes meant to make Deacon seem softer come off almost laughable. Not because it is bad writing. but it is cringe worthy writing.

Mr. Tuck has what it takes to be a stand out star in Urban Fantasy. We need characters who are larger than life and his balls to the walls action scenes show that he has the ideas. He just has to take his ego out of the equation. I wish him all the success that he has and that he continues to receive. Writing is difficult and getting published is damn near impossible in a genre like this. I will be reading his other novels, but with apprehension.
Read more
2 people found this helpful
Report abuse
See all reviews
Get FREE delivery with Amazon Prime
Prime members enjoy FREE Delivery and exclusive access to movies, TV shows, music, Kindle e-books, Twitch Prime, and more.
> Get Started
Back to top
Get to Know Us
Make Money with Us
Let Us Help You
And don't forget:
© 1996-2020, Amazon.com, Inc. or its affiliates