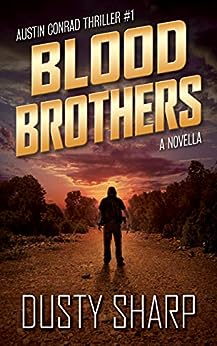 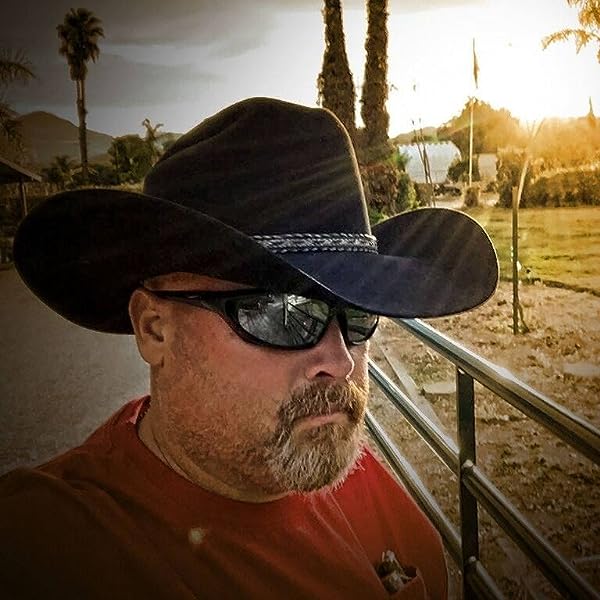 4.3 out of 5 stars
4.3 out of 5
69 global ratings
How are ratings calculated?
To calculate the overall star rating and percentage breakdown by star, we don’t use a simple average. Instead, our system considers things like how recent a review is and if the reviewer bought the item on Amazon. It also analyses reviews to verify trustworthiness.

Kay Mack
TOP 500 REVIEWER
5.0 out of 5 stars Cool book
Reviewed in Australia on 29 April 2020
I thoroughly enjoyed reading this book. The story was easy to follow, a good solid pace with more than a touch of danger. Not my preferred genre but a welcome one, I was sorry when I reached the end. This looks like a great series!
Read more
Helpful
Report abuse

Ray Barrow
4.0 out of 5 stars Plenty of action, well written
Reviewed in Australia on 28 January 2019
I was not sure about Austin, but the more I read, the more I understood how his offbeat mind works. A rebel who wants to bring down drug runners. Good reading.
Read more
Helpful
Report abuse

Anton.C
5.0 out of 5 stars Good story line and an even better series’
Reviewed in Australia on 2 July 2018
Dusty writes a good story with well formed characters and having more of this series to read will be excellent. I can’t wait to find out what happens next
Read more
Helpful
Report abuse

John R
5.0 out of 5 stars Top yarn
Reviewed in Australia on 1 July 2018
An excellent yarn well worth reading. Will follow this author with interest.
Read more
Helpful
Report abuse
See all reviews

garydonell
5.0 out of 5 stars Move over Jack Reacher...
Reviewed in Canada on 19 July 2018
Verified Purchase
Excellent story, characters and writing!!! Plenty of action and definitely hard to put down. It's a guarantee that after you finish this one that you will be looking for the next installment "No Time to Bleed".
Read more
Report abuse

claudette valliere
5.0 out of 5 stars Couldn't put this one down.
Reviewed in the United States on 26 December 2018
Verified Purchase
A great first book in a three book series. Looking for number four Spoiler alert.

This one starts with Austin Conrad and Frosty at the end of a canyon on reservation lands. An old Indian shack made of crumbling adobe with a rusted tin roof sat behind them at the far end of the clearing. The place was nestled deep in a ravine on a remote section of the reservation, surrounded by manzanita and scrub oak. Austin and Frosty had arrived just before dark after spending a couple of hours at a nearby casino.

Frosty and Austin belong to the Rattlers Motor Cycle club. They are brothers in the club but Austin would never call Frosty a friend. Austin's club is the Riverside CA chapter, not the mother chapter which is located in Barstow, CA. The Riverside Chapter was some might say the strongest. Others might say the meanest. Much of the rep was because of Tillman, the Chapter President. Austin's dad had belonged to the club and once Austin left the Army in 2002 he became a member, prospected in by Tillman who had been a good friend of his Fathers.

Austin is 6'5" tall, with a beer belly. He's broad shouldered and had been a Special Forces Green Beret when in the military. He's one very capable man when the need arises. He's also a 601 with the club. The guys who are 601's are trusted to do what the boss, Tillman, wants done. The other club members don't always know what the boss is up to.

Austin and Frosty are waiting for a truck and the drop. The drop will be illegals. The Rattlers have been partners with El Jefe from Mexico. The Mexicans bring in the illegals. The Rattlers provide them with ID's and papers. The truck arriving now is driven by Guillermo, or Billy as everyone calls him. Joachim is the passenger. A man Austin knows is Aztec. The illegals are let out and Austin gets the paperwork for them. He asks Billy why only six and Billy tells him they already dropped off las Zotta's. Austin has heard the word before but can't remember what it means. It will bug him even after he and Frosty head for home.

On arrival home Austin finally calls Manny Esparza a man he has knows since he was a kid. Esparza is a Detective for the San Bernardino Sheriff's department. Austin asks him about laz Zorra's and Manny laughs and tells him it means slut.

So begins one damned fine read.

This one has Austin, Frankie his partner and friend with benefits, a trip to Tillman's small piece of property near Fallbrook, a piece of property Austin decides to get a look at, an Austin using his skills to get above the property, a property with shipping containers, camera's and chain link fence, all things that weren't there before, Tillman, Sunny and Blackie are there, an Austin who watch's as woman are brought out, bid on an are sold right there, an Austin who sees everyone leave and heads down to check the place out, an Austin using his skills to get in, disconnect the cameras and get inside, once there he searches the containers, finding one with a computer he gets into it, he finds three USB thumb drives and down loads everything on the computer, Austin decides he will quit the Rattlers right then and there, trafficking in woman isn't in his wheelhouse and never will be, Tillman isn't happy and Austin knows he will now be a target.

Roger Fauble
4.0 out of 5 stars Good read, looks to be a good series.
Reviewed in the United States on 15 November 2019
Verified Purchase
Blood Brothers: Austin Conrad Action-Adventure Thrillers Book 1, my first read from author Dusty Sharp. Well written, entertaining read, the prequel to author Dusty Sharp’s Austin Conrad series. I’ll be reading more from this author! Better yet since this is the first book in a multi-book series that I look forward to reading. I was given an Author’s Direct copy of this book & I’m voluntarily reviewing it. Author Craig A. Hart’s narration added to the book's enjoyment. (RIP Marley January 20, 2014 - July 24, 2018).
Read more
Report abuse

Choctaw Jane
5.0 out of 5 stars Enjoyed reading the book
Reviewed in the United States on 6 July 2018
Verified Purchase
I thoroughly enjoyed reading this Austin Conrad sequel. It is an adventurous story about a biker who has honor and decides to leave the club. He discovered the leader of the club was cheating and lying to other members about his extracurricular activities. Mr. Sharp described the scenery very well that you could actually feel like you could see it as you read the book. I would recommend the reading of this book if you have no problems with biker clubs who are involved with some illegal activities. For myself, I liked the story.
Read more
One person found this helpful
Report abuse

Avid reader.
5.0 out of 5 stars The story of a rough rider!
Reviewed in the United States on 22 February 2020
Verified Purchase
The insight that Mr. Conrad provides into the life style of a biker in this book is fantastic. The ups and downs of biker Austin Conrad, as portrayed by the author, keeps the pages turning and makes for a really worthwhile read. Don’t pass up the opportunity to experience the nitty gritty experiences as played out by Mr. Conrad. . .
I voluntarily reviewed an advance copy of this book
Read more
Report abuse
See all reviews
Back to top
Get to Know Us
Make Money with Us
Let Us Help You
And don't forget:
© 1996-2021, Amazon.com, Inc. or its affiliates