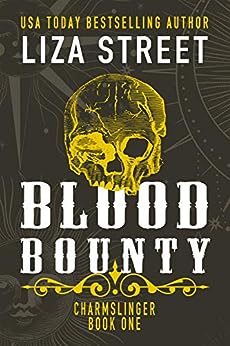 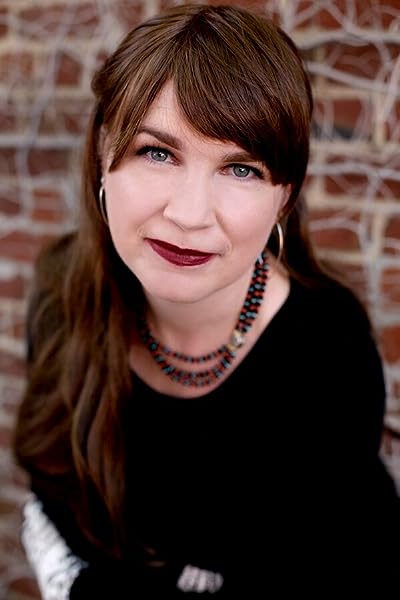 Annette
TOP 500 REVIEWER
5.0 out of 5 stars Intriguing Start to a New Series!
Reviewed in Australia on 17 August 2020
I’m not usually fond of books written in the first person, but this one grabbed me from the beginning and wouldn’t let go. This great story has lots of adventure, danger, betrayal with some surprises thrown in for good measure. Grace usually works alone, but this time the number of vampires involved means she needs help from Boone and Carson. Can these three mixed characters work together to bring down the vampire nest, or will outside events work against them? I enjoyed this book and recommend it to paranormal lovers everywhere.
I received an ARC copy of this book and am voluntarily leaving an honest review.

Trina H
TOP 1000 REVIEWER
5.0 out of 5 stars Surprising read
Reviewed in Australia on 30 January 2021
Something different to what I usually read, still has vampire, supernaturals and romance but much more. I found it a compelling read that was hard to put down. Good world building and character descriptions, I was surprised by some of the revelations near the end. Look forward to the next book.

Bertolt
3.0 out of 5 stars Okay
Reviewed in the United Kingdom on 27 May 2021
Verified Purchase
This is alright. It's more of the same - young woman uses magic powers to whack supernatural baddies, meeting a couple of hunks on the way - and the Western setting doesn't actually make it very different. But the writing and narrative is okay (better than a Seanan McGuire, for sure) and there is just about enough story to carry you along.
Read more
Report abuse

Olivia Atwater
5.0 out of 5 stars A Dark, Delightful Wild West Gothic
Reviewed in the United States on 9 September 2020
Verified Purchase
I was lucky enough to get my hands on a free copy of "Blood Bounty" well in advance of its publication, though I wasn't asked to review it (I decided to review the book because I enjoyed it!). The very first page grabbed my attention with a fantastic mixture of strange setting and irreverent humour. The novel takes place in a unique, creative Wild West setting (with vampires and faeries and demons—oh my!). Gracie was a strong, witty, compelling character, but ALL of the protagonists and villains were whip-smart, and watching them dance with each other was a pleasure. I stayed up well past my bedtime with this one!

This book is a very different beast from author Liza Street's usual work, which is normally more modern paranormal romance. "Blood Bounty" is a dark, gothic western, with a few more fanciful elements of historical fantasy. The novel is genuinely dark and gritty, and even some beloved characters die before the story is over. The romance is incredibly slow-burn, and will presumably be continued in the rest of the series, but I enjoyed what was there, and I'm glad it wasn't rushed.

I've never seen a setting quite like this one before, and I'm not sure I could do it justice even in a longer review. The faeries, briefly on-screen, were delightfully dark and twisted. The vampires always felt chilling. There was a general brutality to events that conveyed the danger, but it wasn't gratuitous—characters always responded to that brutality with humanity and gave it the sort of conflicted respect that it was due. I deeply dislike over-the-top violence for its own sake, so it was refreshing to read a story where gruesome things affected the characters in realistic ways, and character reactions to a brush with that violence could span several pages longer than the violence itself.

I loved Gracie and her posse, and I look forward to seeing where the story goes next.
Read more
5 people found this helpful
Report abuse

Kindle Customer
5.0 out of 5 stars Great Book
Reviewed in the United States on 15 May 2021
Verified Purchase
This is a great story featuring a heroine who is damaged but has self-insight, and the friends/partners she unexpectedly makes when forced to by circumstance. Her world is an interesting one--the old West with a deadly incursion of vampires, shifters, fae, and demons when a rift opens between worlds. Excited to see where this goes.
Read more
One person found this helpful
Report abuse

Martha Longshore
5.0 out of 5 stars So. Much. Fun
Reviewed in the United States on 24 September 2020
Verified Purchase
A Wild West vampire-staking bounty hunter. What's not to like? I loved Gracie's sassy snark--and her compassionate decency. Highly entertaining.
Read more
4 people found this helpful
Report abuse
See all reviews
Back to top
Get to Know Us
Make Money with Us
Let Us Help You
And don't forget:
© 1996-2021, Amazon.com, Inc. or its affiliates