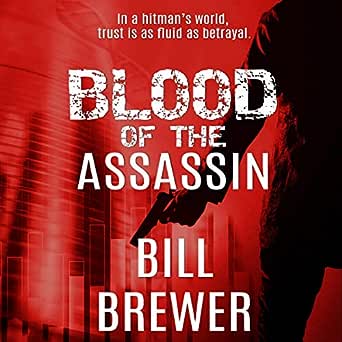 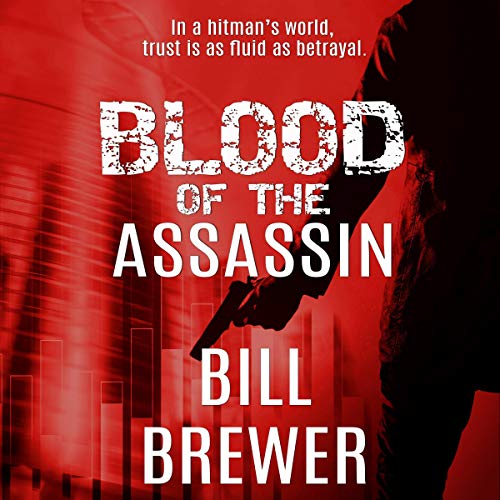 Blood of the Assassin: In a Hitman's World, Trust Is as Fluid as Betrayal. (David Diegert Series, Book 2)

Charlie
4.0 out of 5 stars Brilliance!
Reviewed in the United Kingdom on 22 June 2020
Verified Purchase
I've read this book and book one ,back to back and I am just going to start book three. Absolutely fantastic storyline and characters. I feel I know David due to the brilliant writing of this author. I will definitely find more of his work as I thoroughly enjoyed these books.I highly recommend these books to everyone.
Read more
Report abuse

Grady Harp
5.0 out of 5 stars ‘A warrior makes sure his enemy is destroyed’
Reviewed in the United States on 28 March 2020
Verified Purchase
New York author Bill Brewer is a university professor of Human Anatomy and Physiology and made his writing debut with DAWN OF THE ASSASSIN, Book One of his David Diegert series based on the character David Diegert, a reluctant killer of men – a hitman! Now he offers Book 2 – BLOOD OF THE ASSASSIN - as the successful series continues. His professional credentials are evident in the manner in which he scans his story and characters with the precise detail of an anatomist.

Creating scene specific atmospheres is one of Bill’s fortes, as is immediately evident from page one: ‘Sherriff Michael Lowery pulled his Ford Explorer Interceptor into the parking lot of the Moose Jaw Inn, Broward Minnesota’s most popular bar. The colored lights of his vehicle remained off as he parked the white, black and gold SUV next to the rusted Toyota Camry of Tom Diegert. Watching the door of an establishment which over the years had more than enough run ins with the law, he waited for the last customers to leave at 2 am on a Wednesday. Sherriff Lowery knew where to find the men he was looking for. Standing with the bar door open, Tom Diegert leaned back and shouted past his son Jake, “Hey Brad.” The bartender looked up from cleaning the glasses…”it was only one or two beers, I paid for the rest,” [said} the man in whose home David Diegert, the world’s most sought after assassin, had grown up.’’ With that nod to the family background (father and brother) of David Diegert, the novel opens.

Having established a central character about whom we already are concerned, Bill sets his story in motion – ‘David Diegert is ensnared into serving Crepusculous, a secret society that controls the economy. In spite of his reluctance, Diegert is coerced into completing deadly missions in which the stakes keep getting higher. Set up to take the fall for killing a target of immense importance, his fragile world falls apart. Betrayed by Crepusculous, he becomes a fugitive sought after from all sides.’

Bill Brewer’s ability to sculpt intense thrillers is now an established fact – one that grows more secure with each novel he writes. The prose is appropriately raw when necessary, while at all times depicting characters and dilemmas and resolutions that mark the presence of a gifted writer. Very highly recommended. Grady Harp, March 20

quirru
4.0 out of 5 stars Good read
Reviewed in the United States on 2 April 2020
Verified Purchase
Blood of the Assassin: In a Hitman’s world, trust is as fluid as a betrayal (David Diegert Series Book 2) by Bill Brewer it is a novel about action and a little suspense. David was a soldier that now a day works for Crepusculous a secret society that is in control of the economy. David is forced to do things he does not want to and at the end he finishes as an assassin, disappearing targets that are blocking the actions of this society, somehow he finds out what is going on, he has been betrayed and used and now everybody is after him the ones trying to make justice for the crimes he committed and the bad ones trying to get rid of him so he won't speak about them. The book is book 2 of the series, I haven’t read the first one but I didn't need to, because even when there are some references back they are not necessary to understand what is going on.
Read more
One person found this helpful
Report abuse

John H. Manhold
3.0 out of 5 stars 5* story with disappointing feature the author hopefully will correct.
Reviewed in the United States on 3 April 2020
Verified Purchase
Blood of the Assassin Thrillex Publishing copyright and written by Bill Brewer.
This second book in the series has the protagonist David Diegert, son of an Ojibwa woman in northern Minnesota who is married to an abusive drug dealer with another son who is similar and favored by by the husband. Both males ridicule David with the father adding harsh abusive tactics as well. The collective effect of this activity on the young boy, plus the scorn accrued by the social unacceptability at that time of being a ‘half-breed’, is accepted but eventually leads him to become a Special Forces soldier and then a paid Assassin. Not only is he a professional, but is the best as determined by a serial rotation of combat to the death set up by the consortium by which he has been hired. The group, headed by a German living in palatial splendor in London prominently includes a Latin American representative, a prominent Chinese businessman and a well-connected American who together represent some 20 % of the world’s wealth. The consortium is named Crepusculous and their agenda is devaluation of the American dollar and to push their own digital currency with a common value throughout the world. Thus ultimately, all ‘local’ rates would be eliminated making the globe one common market and voilà, their Omni Sphere would make them THE one power in the world. The tale here describes action up to and including their decision to begin the process with a four step sequence of activity in which David is intimately involved. The associated characters provide various activities that both aid and hinder his assignments and distrust, betrayal, deceit and treachery are the normal way of life as he attempts even to remain alive while attempting to save his mother as well as the whole world.
Discussion: The plot is credible considering the chaotic state of today’s world, its people and politics. From rumors extant, the characters are acceptable as is their activity. The early pace is hi-octane as the consortium’s first two steps are initiated. Following this, the sequence slows rapidly as the political action, by its convoluted nature, pretty much begins to take over. Regrettably, for this reviewer at least, this rapid deceleration and seemingly probable extension into the next awaited volume in the series produced an annoying and unwelcome distraction to this otherwise enjoyable thriller.

Ian J. Miller
4.0 out of 5 stars A very readable thriller, but . . .
Reviewed in the United States on 30 March 2020
Verified Purchase
As is clear from the title, this is a thriller, which follows David Diegert, an assassin who works for a group of extremely rich people who want to cause general chaos so they can make more money. I don't want to say more about the plot because any more would potentially spoil. The story proceeds at a good clip and avoids the common trap of getting bogged down in unnecessary detail, the action sequences are well written and there is plenty of skull-duggery. The story has just about the right (from my point of view) of description: sufficient to follow the action without slowing down the momentum. The character depiction is somewhat stereotyped, in part because they are carrying out extreme actions so it is somewhat hard to make them human.
As far as grading, if we start with five stars, the story got an immediate bonus one because although it was book two in a series, I would never have guessed it without being told. Good work there. However, that was subsequently lost by having an ending that did nothing for the story but ask you to read the next book. While there is nothing wrong with suggesting what the next book will involve, I want my stories to resolve something. It gained another star (back to six) for the fluency of the writing and the easy readability, but it lost two because there were too many scenes where I thought, "Come off it. No way that would happen." So, overall, a good read, but there is the odd dead rat to swallow.
Read more
Report abuse
See all reviews
Get FREE delivery with Amazon Prime
Prime members enjoy FREE Delivery and exclusive access to movies, TV shows, music, Kindle e-books, Twitch Prime, and more.
> Get Started
Back to top
Get to Know Us
Make Money with Us
Let Us Help You
And don't forget:
© 1996-2020, Amazon.com, Inc. or its affiliates