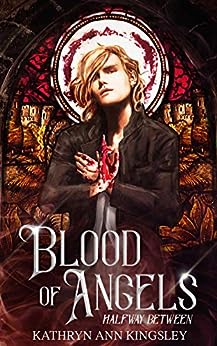 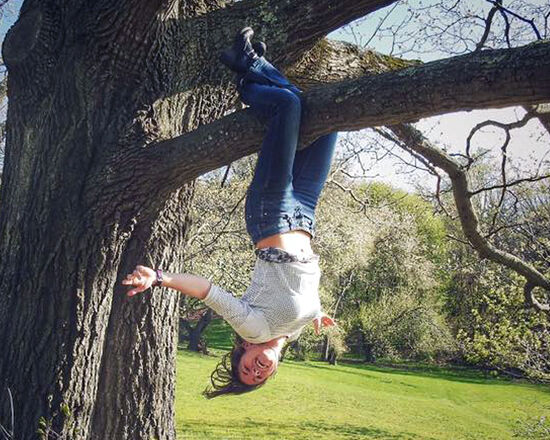 Amelie
5.0 out of 5 stars She's still a Goddess
Reviewed in Australia on 2 March 2020
All hail, the mighty builder of worlds. Another bullseye with this series, but now I have to wait TWO WHOLE DAYS for book 3 and I am spitting mad. Keep 'em coming you wondrous Queen!
Read more
Helpful
Report abuse
See all reviews

Kathy
5.0 out of 5 stars Intense, magnetic, brutal force of nature between two lost souls. Kat has done it again!
Reviewed in the United States on 4 February 2020
Verified Purchase
Thank you, Kat - for writing these ahead of time and only waiting 1 month in between releases. Because after that ending - I am DYING to know what happens next!!

Note - Spoilers for Shadow of Angels are in this review.

Summary:
In the second installment of the Halfway Between series - we pick up right where we left off in Shadow of Angels. Veil, in a desperate attempt to get help with the cult threatening her and the people she cares about, has released Asmodeus from his isolation in the spirit plane. Despite the hurt and lies, she knows her best chance of finding and defeating the cult is with HIS help. With the help of the archdemon and the new arrival of an archangel- Michael, her team set out to investigate. Veil soon finds out that her feelings for Asmodeus are MORE than complicated. There are too many memories, too much history, and her strength to fight him is fading.

Review:
This series continues to be an intense, magnetic, brutal force of nature between two lost souls. The writing is outstanding and flows seamlessly. It is so easy to read and get lost in this world, while still providing captivating dialogue and plot twists you didn't see coming.

What I liked:
Veil's fears still dictate a lot of her actions and choices, but she grows a lot in this book. Her guilt of still having feelings for Asmodeus, despite all he has done, is addressed in a wonderful scene with Mike. May we all be so fortunate to have friends that tell us when we are being idiots. It was a great character growth scene.

Mike was a great addition to the team that I didn't know I needed. He brings lightheartedness and humor to some tough situations and gives some hard truths to Veil when she needs it.

I really liked the flashbacks again! I was worried they might be over with since Asmodeus was released, but we get some more history and backstory of the relationship between him and Selina that I really enjoyed.

I loved learning more about Octavian and his motivations! I won't get into it too much- as not to spoil anything- but the ending revelations about him are just too good.

Of course, our main man Asmodeus is the star of the show here. I love him more and more as this series progresses. Despite being an extremely intimidating and powerful archdemon, he has a vulnerability to him that makes him so interesting. His relationship with Veil is so complex and layered. The chemistry is so off the charts in this book. When the two of them are together you can feel the passion and intensity. The scene where Veil finds out what is under his scarf is so boiling hot, you might need an ice bath after you finish reading it. Kat proves to be the absolute master of creating the most complicated and attractive villains (anti-heroes?). We are not worthy.

What I didn't like:
I won't lie... I would have liked more of the side characters. I'm selfish, greedy, and wouldn't take anything out to make room for them, but I want to know more! Conrad and Gabe are just so cool, of course, I want to spend more time with them. And I'll take anything with Azrael in it also!

Final Thoughts:
I'm absolutely addicted.... what will I do until March?!

Stephystabwounds
4.0 out of 5 stars I love love this author and this book is almost prefect
Reviewed in the United States on 10 February 2020
Verified Purchase
My rating is more like 4.5
She has a way she builds charters as evil yet loveable and creepy that you just love them. My only complaint is I felt a little bit of whiplash in this book. We jumped from the past to the present to another pov to another pov so fast it was likely jarring. Not that didn't absolutely love the journey. For that i docked a half a star. I now have to WAIT a whole month before i can get my hands on the last book!! 💔
Read more
One person found this helpful
Report abuse

Kindle Customer
5.0 out of 5 stars Blood of Angels, indeed.
Reviewed in the United States on 9 February 2020
Verified Purchase
Where to start? How about I just warn soon-to-be readers of all the explosive revelations? There are a lot of them. There is a lot of sarcasm, humor, innuendo, angel blood (as the title would imply), romance, bromance, AND--the best/worst part--another cliffhanger. Holy-moly, this was a lot to take in. There is no disappointment in this read, whatsoever.
Read more
One person found this helpful
Report abuse

Kat
5.0 out of 5 stars secrets and lies
Reviewed in the United States on 14 May 2021
Verified Purchase
Veil doesn't know what she wants as she tries to not argue/talk to
Asmodeus as she tries to find Octavian, who when found fills her
in on hidden secrets that she didn't know. Adults 18+ only for
violence, blood, gore, and sexual scenes. Must read.
Read more
Report abuse
See all reviews
Back to top
Get to Know Us
Make Money with Us
Let Us Help You
And don't forget:
© 1996-2021, Amazon.com, Inc. or its affiliates