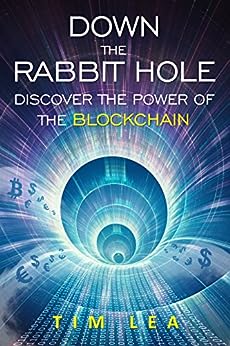 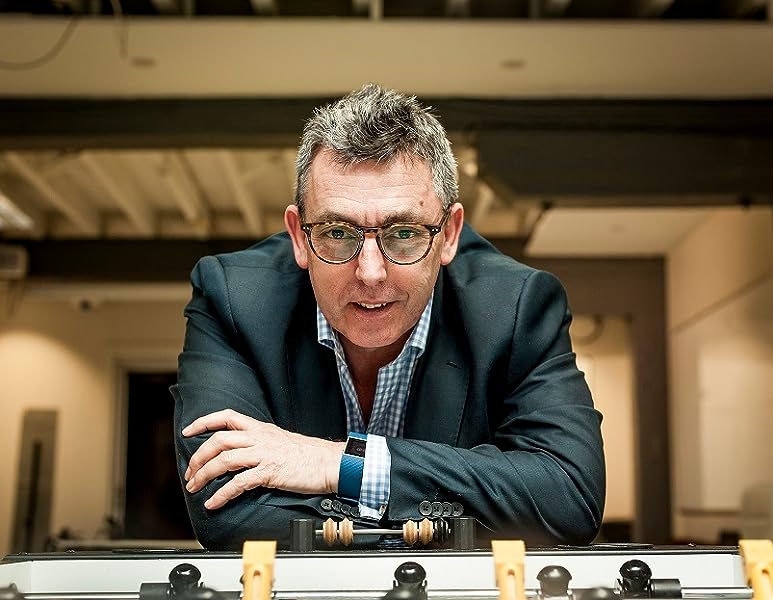 Blockchain: Down The Rabbit Hole: (Discover The Power Of The Blockchain) Kindle Edition

Andrei Hawke
5.0 out of 5 stars Theory + Technology + Analysis of Real Life Uses and Applications === One of the best Primers on the Blockchain subject!
Reviewed in Australia on 15 February 2017
Verified Purchase
Having Read a range of books on Blockchains, from highly theoretical (this is what they can potentially do) to very technical (this is how you would do this), I have to say Down The Rabbit Hole is one of the best books on the Blockchain Subject. Tim works through the concepts, the technology and the applications in a very structured and methodical way. It is very hard to find a reference which covers all 3 aspects: theory, market analysis and potential (commercial) and the actual implementation (both successful and not so successful). Anyone thinking about using Blockchains should definitely invest time in reading this books. It will not only save you time but will set you up for success in your Blockchain projects!
Read more
2 people found this helpful
Helpful
Report abuse

Ben Griffith
5.0 out of 5 stars A 5 star easy, enjoyable read on blockchain
Reviewed in Australia on 4 January 2017
Verified Purchase
This book isn't very technical, but it is very well written and provides great coverage in to the different areas that blockchain technology has and probably will touch, and how it can be mixed in with other rising tech. The DAO and Silk Road stories provide some good escapism and colour, albeit based on facts. The developing nation usage is very exciting, as is the smart city/IoT combos. I found the regulation parts a bit dry, but also an essential part of the book as they are what will slow down the fintech and banking sector uptake of blockchain.

All in all a 5 star easy, enjoyable read on blockchain and have recommended it to my techie and laymen friends. Thanks Tim for sharing your knowledge. FYI picked up the link from the Sydney Startups FB group :)

Amazon Customer
4.0 out of 5 stars Most appropriate title-Getting the skinny on Blockchain
Reviewed in Australia on 3 January 2017
Verified Purchase
Most appropriate title...It certainly meanders you down the rabbit hole of blockchain. Very well structured and written book that is essential reading for any business, finance or technology person who needs to get a sense and reality around the undeniable future of blockchain. Blockchain evokes different reactions and this book provides a very useful context and allows readers to make up there own minds about the implications for BC in their lives but also gives enough background information to satisfy deeper research, and if you are innovator, sets your brain aflutter with ideas. Great way to start the year off. Well done Tim
Read more
2 people found this helpful
Helpful
Report abuse

Adrian Smith
2.0 out of 5 stars The anti-blockchain book.
Reviewed in Australia on 3 December 2017
Verified Purchase
Tim Lea expresses a basic understanding of the mechanics of block chain, and explains it well enough. Some of his metaphores are original and add clarity and ease of understanding in many areas including, 'smart contracts', 'block chain', 'bit coin' 'alt coins and their uses, eg for identification and provenance', 'potential religious and cultural reasons for block chain adoption', 'the silk road saga', and 'the etherium DAO attack'. I would have liked him to delve into some slight depth regarding concepts such as 'proof of work', 'proof of stake', 'public keys', 'private keys' 'mining procedure' and 'cryptography puzzles' You will not find this kind of detail here, which is beyond the scope of his book. In neglecting these areas however, it would have been very easy to make this book at least half as long. So rather than fill the book with detail on block chain, most of the book is spent waffling on and pushing his own personal philosophy.

Here Lea attempts to cast doubt on the tech by saying personal responsibility is a terrifying concept and we are all too pathetic to manage our own crypto wallets and transactions. He concludes that this is why we must cling desperately to banks for their experience and reputation as pilars of virtue and security. In this way, the author gravely misunderstands the very principle that gave birth to Bitcoin; which is a great distrust in the ethics of bank and government power structures rorting, exploiting and sucking dry the masses.

There is no doubt government and banks will suffer at the embrace of block chain as they are made painfully obsolete. I'm sure people in those industries will defend themselves to the end, even trying in vein to manipulate the new tech in their favour. This book is about how block chain can be utilised to strengthen existing institutions, rather than create a game changing shift of power. No doubt, those looking to use block chain currencies must be sensible in their dealings and possession of coins, there are risks involved and care must be taken. However, responsibility for personal actions is the reasonable cost of thwarting the corrupted system and empowering individuals to act and thrive.

In discussing the role of banks and financial institutions in Africa, Lea again demonstrates his naivety. It is his view that Kenya and other developing nations are in need of banking institutions to help facilitate transactions and trade, and that in not having a highly Westernised banking arrangement, they are gravely disadvantaged. As such, he believes that block chain technology willl allow the grand white Eagle of prosperity and civility, in the form of financial regulations and control, to now swoop down and free them from the primitive chains of their current dismal situation.

In actual fact the opposite is quite true. Kenyan's HATE people meddling in their financial business, it is considered unusual, suspicious and rude to be inquiring on any level about a persons financial situation, and as such, they don't like dealing with banks. Banks have been in Kenya since colonization by England, but as you can see they never caught on for the above cultural reasons. I should know my wife is Kenyan and from an influential political family.

Lea can be forgiven for his mainstream misconceptions, but the reality is that many Westerners should stop trying to interfere and impose their beliefs on other cultures under the idea that they need to be like Westerners in order to be happy. They are a lot happier without banks and big brother knowing every facet of their lives and I've been told they laugh a lot more than people in the West. The reason 'm-pesa' mobile transactions - which Lea talks about - are popular in Kenya is primarily because it bypasses banks.

The same logic applies to Lea's arguments that everyone needs a government identity. Again, Westerners should not try and meddle in other people's culture, most people don't want a 'legal' identity controlled by government. It is the anonymity and privacy of crytocurrency that is reason for it's rapid adoption in Africa, not some cultural need for identity and banks.

As far as allowing for the IMF, World bank, and governments (primarily USA) to help these nations  through the immutability of the block chain. Get real. These organizations have their hands covered in blood and dirt. They, in alignment with ambitious locals, are the heart and blacked soul of corruption in developing nations.

Bit Coin and Block chain spawned because of the corruption and private gains created through Central banks, which existed  as a monopoly currency enforced by government. Read 'The creature from Jekyll Island' by  Edward Griffith to understand why Bit Coin was a brilliant and necessary solution to so many of the world's money based sicknesses.
Read more
Helpful
Report abuse

Don Greenamyer
5.0 out of 5 stars Very Informative and Very Well Written
Reviewed in Australia on 28 February 2017
Verified Purchase
Do yourself a favour and learn about the evolving next technology revolution that will change "everything" according to Goldman Sachs.
Read more
One person found this helpful
Helpful
Report abuse

Scott Plowman
5.0 out of 5 stars Five Stars
Reviewed in Australia on 21 April 2017
Verified Purchase
A fantastic introduction to the history and opportunities in the Block Chain space.
Read more
One person found this helpful
Helpful
Report abuse

Kennyelvis
5.0 out of 5 stars Helpful and easy to read. Blockchain demystified
Reviewed in Australia on 10 July 2017
Verified Purchase
Get this book and learn about the blockchain and how it will change our world and our governance in the modern world
Read more
Helpful
Report abuse
See all reviews

Josh
5.0 out of 5 stars Absolutely Brilliant
Reviewed in the United Kingdom on 21 June 2017
Verified Purchase
I rarely review books but this certainly deserves a shout out. This has to be the most comprehensive and yet accessible insight into the fundamentals of blockchain and smart contracts I've picked up to date. If you are like me and fascinated in the subject and the underlying technology(ies) you really have to buy this book. From it, I've definitely got deeper understanding on the topic and have already recommended this book to numerous friends. A huge thank you to the author for putting this together, I'm already brimming with ideas.
Read more
Report abuse

Kay
5.0 out of 5 stars Blockchain - The new Wild West of Opportunity!!!
Reviewed in the United Kingdom on 3 February 2017
Verified Purchase
Just finished reading "Down the Rabbit Hole".... what a great book!!! It really is an excellent laymans intro to Blockchain in that it is a very subtle concept to comprehend in terms of it's disruptive ramifications to ... well just about every facet of our technologised life! Kully (London)
Read more
Report abuse

V. Kuraitis
5.0 out of 5 stars Delivers on the promise of "written in plan English".
Reviewed in the United States on 17 April 2017
Verified Purchase
This book is well researched and written and lives up to its promise of being understandable and plain English.

Unless you follow this space very closely you've probably heard of major events but probably don't know all the key details. For example, you might have heard about the shutdown of Silk Road, the collapse of Mt. Gox, the calamity and forking occuring over "The DAO". The author provides 3-5 page summaries of many key events -- enough to get the picture, not too much to overload you.

M. Boon
4.0 out of 5 stars Good introduction to block chains, but needs an (other) editor.
Reviewed in the United States on 1 May 2017
Verified Purchase
This is an excellent introduction to blockchain technology. But please get a different editor, assuming there was one involved. The first paragraph is eye-watering, but fortunately not indicative for the rest of the book. No editor should have let that pass. And should have caught at least some of the numerous spelling errors and obvious repetitions throughout the book. And lastly, you can't publish an e-book with screen shots as figures, it's totally unreadable. For the rest, a very accessible book on a tricky and important subject.
Read more
3 people found this helpful
Report abuse
See all reviews
Back to top
Get to Know Us
Make Money with Us
Let Us Help You
And don't forget:
© 1996-2021, Amazon.com, Inc. or its affiliates