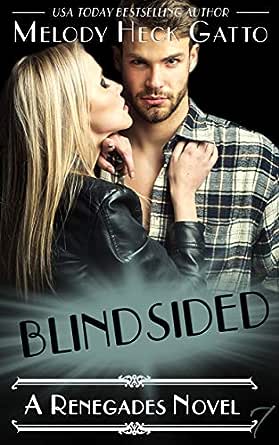 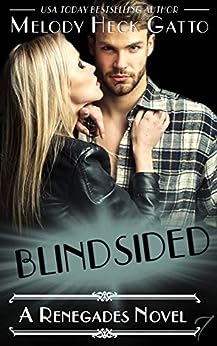 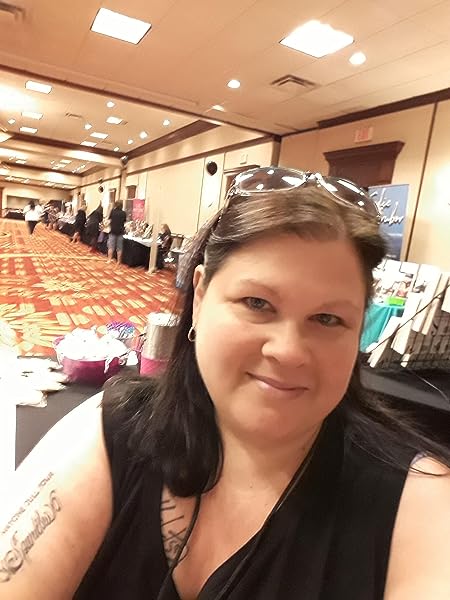 Tpagirl Loves Romance
4.0 out of 5 stars Another great yet intense storyline for the series!
Reviewed in the United States on 7 November 2017
Verified Purchase
Blindsided was the seventh book in the Renegades Hockey series by Melody Heck Gatto. It was well written, well developed and an intense storyline.

Sam and Trina had been happily married. Although I haven’t read it, their original story was provided in Until You, written prior to the Renegades series. Trina was Tyler Kids sister, the Captain of the Renegades. Sam had since been traded to the Renegades to play alongside Tyler.

Gatto dove into a difficult subject for Professional athletes, injuries. No spoilers here so I won’t go into the direction Gatto took us; however, Sam had a serious injury and Gatto walked us through the affects on the athlete, the family and the team. It was wrought with challenges, fear and heartache.

A point that I would have liked clarity was what happened to the players with cheap shots. It was brushed over like it was normal; however, there are penalties for those kind of shots in the NHL and it was glossed over, giving the impression that it wasn’t addressed in any way.

All in all, it was a fairly quick and enjoyable read. Hopefully there will be more Renegades on the horizon.

Steffi Kim
5.0 out of 5 stars Deep and emotional
Reviewed in the United States on 18 June 2017
Verified Purchase
Loved this story surrounding Trina and Sam it gave readers a more in depth look at their life and after a horrific injury for Sam a real look into the aftermath of what could happen to someone who plays a sport with lots of physical contact. I loved the real and rawness of the authors writing I felt the pain of her characters and in the end was happy. Of course with the realness that the book carried in reality there aren't always happy endings for injured sports players so I was satisfied with its ending. Always love this series can't wait for more.
Read more
2 people found this helpful
Report abuse

Jennifer J DiCenzo
5.0 out of 5 stars Love this series!!
Reviewed in the United States on 16 June 2017
Verified Purchase
Blindsided is the perfect title for this book! I was completely blindsided by this book. It was such a great hockey romance with an interesting look at how a hockey injury can affect not only the player but the family. She definitely did her research with concussions. And there is plenty of romance, don't worry about that. This is the story that only Sam and Trina could have! This author writes them with such love and passion! I completely fell in love with them as a couple, family, and best friends.
Read more
2 people found this helpful
Report abuse

Hockeyreader
5.0 out of 5 stars I LOVE the Renegades series and this was another great addition
Reviewed in the United States on 18 July 2017
Verified Purchase
I LOVE the Renegades series and this was another great addition! The subject matter was hard to capture well and I think she has done a great job in helping us get a glimpse into the very real life issues of an athlete with a concussion/post-concussion syndrome. I loved the love and support from the families and team mates. The real love between Sam and Trina is evident in their struggle with these real medical issues. I am always ready for another book in this series and this one did NOT disappoint! Anyone who follows hockey knows concussion is a big part of the players lives and adding this topic to the series just keeps it real and true while giving us our hockey-hottie fix!
Read more
Report abuse

Teresareviews
5.0 out of 5 stars This scored a Hat Trick for me.
Reviewed in the United States on 23 June 2017
Verified Purchase
Hidden injuries like concussions can be so scary. I think that Melody Heck Gatto scored a hat trick with how this was written. She did such a wonderful job of show the cange in personality that these injuries can cause.

I loved Sam and Trina in Until You and was so happy for their appearance in Playing the game. This story was amazing.
Read more
One person found this helpful
Report abuse
See all reviews
Get FREE delivery with Amazon Prime
Prime members enjoy FREE Delivery and exclusive access to movies, TV shows, music, Kindle e-books, Twitch Prime, and more.
> Get Started
Back to top
Get to Know Us
Make Money with Us
Let Us Help You
And don't forget:
© 1996-2020, Amazon.com, Inc. or its affiliates