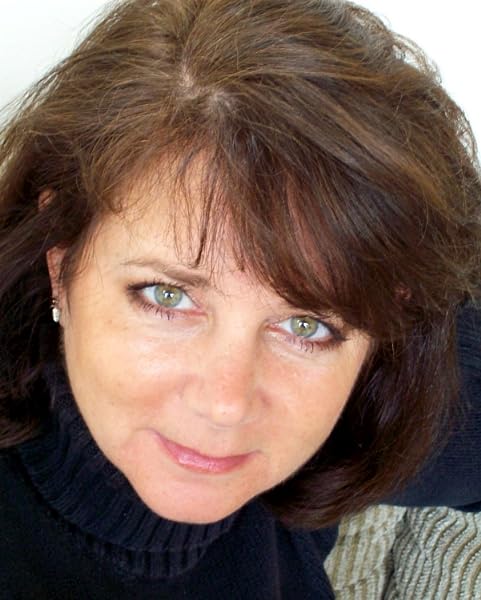 by Debra Ginsberg (Author)
3.9 out of 5 stars 36 ratings
See all formats and editions
Sorry, there was a problem loading this page. Try again.

"Wicked fun and suspense from a talented new writer with an original, clever voice."
--Lisa Scottoline "If you've ever considered a career in publishing, read Blind Submission, a 'boss from hell' story that's as funny as it is frightening. It will make you love your job."
--Harley Jane Kozak, author of Dating Dead Men and Dating Is Murder "A wonderful read from start to finish. Ginsberg's writing is clever and seductive as she spins this tale of psychological peril and illumination."
--T. Jefferson Parker, author of The Fallen "Ginsberg brings a fresh voice to her offbeat fiction debut, a novel about novels and the novelists who write them. It's a taut, fun, complex tale that will keep you guessing till the last page."
--Patricia Gaffney, author of The Saving Graces "Juicy...A combination of 'bite the boss with 'bit the assistant'' fiction."
- Kirkus

DEBRA GINSBERG is the author of the memoirs Waiting, Raising Blaze, and About My Sisters. This is her first novel. She lives in southern California.

3.9 out of 5 stars
3.9 out of 5
36 global ratings
How are ratings calculated?
To calculate the overall star rating and percentage breakdown by star, we don’t use a simple average. Instead, our system considers things like how recent a review is and if the reviewer bought the item on Amazon. It also analyses reviews to verify trustworthiness.

Beve Gardner
5.0 out of 5 stars very Good
Reviewed in Canada on 16 January 2017
Verified Purchase
Engaging and complex character development with good plot development. A mystery worth reading. I would recommend this book to anyone interested in something a bit different in a mystery.
Read more
Report abuse

Dianne
4.0 out of 5 stars Bibliophile's Mileau
Reviewed in the United States on 10 November 2016
Verified Purchase
With bookstore management background and being an avid reader, this tale couldn't miss with me. I liked the agent background, and even I, as a reader, was exhausted experiencing the pace of that office...and I believe it. This felt like an insider novel, gleaning a bit more than expected about the fast lane of agents and publishing. I liked the main character, Angel, and could feel her stress, her angst, working in that environment. And then when the reading of manuscripts, which I gather is a given in the industry, became macabre, it got chillingly interesting. One reviewer, cleverer than I, said that they knew who the anonymous author was right off - not me. I thought the other characters were well-drawn and vivid - Anna, friend or foe, and, of course, the utterly bizarre Lucy. She is glamorous, frighteningly focused and demanding, and devious as well? Good, compelling story, as far as I'm concerned. The ending was a bit of comeuppance, which I smiled over.
Read more
3 people found this helpful
Report abuse

Colo Reader
4.0 out of 5 stars Nice conflict with a soft landing.
Reviewed in the United States on 28 December 2017
Verified Purchase
Throughout the reading I expected to give Blind Submission a 5 star rating based on how well the characters were drawn out, the exquisite writing, and the dramatic conflict between Angel and Lucy. But as I kept on reading, and the character arc of Angel developed beautifully, I just knew there was going to be a wham bam collision at the end. In the baseline review I somehow thought murder was in the air and knew it would shatter the china like decorum of the narrative. Alas, it just sort of whimpered to a conclusion. I'm a reader who relishes hard boiled drama and just expected to find this hiding in the final few pages of the last chapter. It took an epilogue to sort out, in a journalistic framework, the conclusion, which worked just fine. I can't fault Ginsberg for my expectations. She did a masterful job with this story. And I am glad that I was pulled into this "softer than normal" novel. I enjoyed Angel's character immensely. I recommend this to anyone who respects well structured and carefully written projects.
Read more
Report abuse

TchulaChild
3.0 out of 5 stars Worth Reading Again
Reviewed in the United States on 8 November 2016
Verified Purchase
I'm enjoying this book. It's light-hearted, and the author has a flare for writing. If I read too much in one sitting, I get bored because, at 2/3 of the way through, the mood is repetitious. However, after a few hours between readings, I am drawn back so I can spend time with the fun characters. The only real complaint is that 2/3 of the way through, there are several typos, and many of them of pretty bad. Up to this point, there had been only a few, if any. It's a cozy mystery, and clean reading so far. I wouldn't spend extra money on the actual book because of the typos, but I will read my Kindle copy again, sometime in the future.
Read more
3 people found this helpful
Report abuse

Shirley Goldberg
4.0 out of 5 stars Be My Agent!
Reviewed in the United States on 18 December 2009
Verified Purchase
I'll admit it, I couldn't put Blind Submission down. What's even more impressive, I couldn't wait to get up in the morning and read it while having breakfast. And I'm a writer, so I'll admit to being jealous, too. There. I've put my vulnerability on the table for everyone to see.

Ginsberg's Blind Submission is not a perfect book. There are places where credibility is seriously in question. I doubted, for example, that an agent, however excellent, would be REWRITING rather than editing a book. OK, so I get it that Angel, the main character, keeps saying she has no wish to be a writer and yet can turn a book around, in essence, reconstructing it as well as doing a rewrite. A sort of uncelebrated ghost writer. Yeah, I get the satire, enjoyed it immensely. I don't want to give away too much of the book here and this is not a naysaying review. Not at all.

My biggest criticism was that I was forced to read parts of the novel within the novel. Bad stuff. When it was good-bad, it made me laugh. But when it was bad-bad, I cringed.

I think Ginsberg's strength is her ability to make the reader feel real emotion, empathize with what the character is going through. That takes talent. She can tell a story. The dinner party scene at the boss lady, Lucy's house was very well done, down to the shady goings-on between boss and employee's boyfriend and the crisp interchange between characters.


Middle-Age Confidential: My Life as a Date (This Could be a True Story)
Read more
3 people found this helpful
Report abuse
See all reviews
Back to top
Get to Know Us
Make Money with Us
Let Us Help You
And don't forget:
© 1996-2021, Amazon.com, Inc. or its affiliates