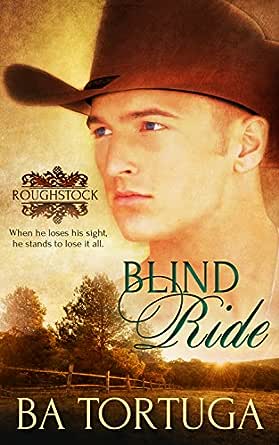 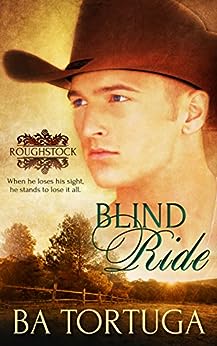 BA Tortuga's other titles include Racing the Moon and Rain and Whiskey.
--This text refers to an alternate kindle_edition edition.

JED
3.0 out of 5 stars Okay read
Reviewed in the United Kingdom on 31 July 2016
Verified Purchase
Lots of potential in the story and on occasion there is promise that it will deliver but the story arc is confuse; as such the novel ends without the story reaching an effective conclusion...you are left wondering what happens...needs a follow-up!
Read more
Report abuse

First- it needs an editor. There's a note from the author at the front about how some editing was done and some ignored in a want to preserve writing style and Texas speech patterns. Now, that I can respect and understand. I'm from Texas. I get that we talk "diff'ernt", and for the most part - that's achieved. When some of the colloquial pronunciations and phrases were used, I damn near choked on laughter because my WV husband makes fun of the way I say some of those words.

Where an editor shouldn't have been ignored, however, is in the paragraph structure. There were so many points of confusion where I couldn't tell who the heck was talking or thinking. If you have CharacterA say dialogue, do not immediately follow that with CharacterB thinking about the dialogue in the SAME paragraph. Always split up your characters - give them their own paragraphs. Some of the phrasing was also a bit off, where even as a Texas native, I was left scratching my head.

The actual story - of Jason and Bax, and their injuries and the bull riding - that was wonderful. Absolutely friggan wonderful! Jason's blindness, his experiences, the frustration, how his momma acted, etc - that was so good.

If only it had been more of the story.

I liked it though; enough to be disappointed by it, so I guess that's saying something.
Read more
8 people found this helpful
Report abuse

D.Hart, RCIS
5.0 out of 5 stars Rodeo men Jason and BFF Andy Baxter, find more than friendship and work...
Reviewed in the United States on 22 March 2021
Verified Purchase
Two best friends and Rodeo riders make their way across the circuit to get top prizes, run into mishaps and excitement. It's a hard life. Secretly each guy wants the other, but don't want to make it known.
We have vivid characters that have big hearts and dedication.
Our MCs have terrific dependable fellow rodeo men, and Jason has a solid family home, but Bax is a loner.
Jason/Mini, is a smaller guy, packed with lean muscles and is a professional bull rider.
Bax/Andy, 35, a bit older than Jason, is always right there when needed, and each man has the others back.
We get wonderful, descriptive writing that places us in the thick of it all. We see riding injuries and the concerned tight knit group pitching in.
Later on, Jason gets blinded by a bull ride gone bad. (there is ideation of suicide) He's hiding out at his Momma's and Bax is right there to help Jason/Mini, every step of the way. Then when Bax/Andy has to return to the next rodeo stop, he comes back damaged, and both men recoup at Mamma's.
It's there that the two finally act on their feelings and have passionate sexy times, firsts and a deeper connection.
This is a six book series, and this one is a cliffhanger.
The story is exciting, meaningful, full of banter, camaraderie and caring. Deep passion, sexy times, and healing are going on.
There's more to come...
ENJOY !

Bo
4.0 out of 5 stars Annoyingly Cute
Reviewed in the United States on 7 January 2019
Verified Purchase
B.A. Turtuga can drive me nuts with her plots, characters and dialogue. She has the uncanny ability to capture mostly rural people in their milieu without apology, and that includes either charming or infuriating the reader who does not have much experience with that society.

Jason and Andy and Jason's mom and their rodeo entourage put on two shows here: One between all of them, especially when Jason loses his sight in a bull riding accident; and the other between Jason (on the cover) and Andy, best friend forever who desire each other desperately but are afraid to do anything about it.

And then things get very hot and heavy and in many ways beautiful. One of the things Tortuga brings into focus is how desperately Jason and Andy crave sex with each other but have no idea what to do--even if it's hinted that both of them have been somewhat involved in MM encounters in the past. This leads to credibility for the relationship to develop, and boy does it develop--all over the place and frequently.

I am annoyed by two things here: First, I am getting a bit tired of couplings in which one is short and the other tall. Second, this one ended and there was so much more which could be developed in sequels, but from what I've seen the sequels involve others from this book, and I didn't care much for those people.

Jason and Andy, however, I loved.
Read more
One person found this helpful
Report abuse
See all reviews
Back to top
Get to Know Us
Make Money with Us
Let Us Help You
And don't forget:
© 1996-2021, Amazon.com, Inc. or its affiliates