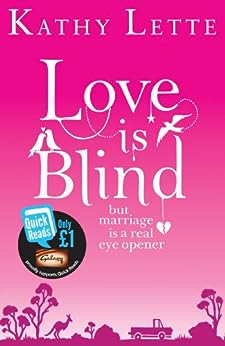 Brims with a glut of mordant wit, hyperbole and acerbic repartee. * The Lady * --This text refers to an out of print or unavailable edition of this title.

Kathy Lette first achieved succes de scandale as a teenager with the novel Puberty Blues, which was made into a major film and a TV mini-series. After several years as a newspaper columnist and television sitcom writer in America and Australia, she wrote ten international bestsellers including Mad Cows (which was made into a film starring Joanna Lumley and Anna Friel), How to Kill Your Husband and Other Handy Household Hints (recently staged by the Victorian Opera, Australia), and To Love, Honour and Betray. Her novels have been published in fourteen languages around the world. Kathy appears regularly as a guest on the BBC and Sky News. She is also an ambassador for Women and Children First, Plan International and the White Ribbon Alliance. In 2004 she was the London Savoy Hotel's Writer in Residence. In 2010 she received an honorary doctorate from Southampton Solent University. Kathy lives in London with her husband and two children. Visit her website at www.kathylette.com and on Twitter @KathyLette. --This text refers to an out of print or unavailable edition of this title.

A compelling Quick Read from the internationally bestselling author of The Boy Who Fell to Earth. --This text refers to an out of print or unavailable edition of this title.

When Jane decides to move to the Australian outback in search of a husband, her sister Anthea thinks she’s mad. But the sisters have never seen eye-to-eye. Anthea is slim, beautiful and has a perfect life and fiancé. Jane has always felt like the ugly duckling in comparison.

But when Anthea tries to save Jane from this latest crazy plan, she ends up taking a walk on the wild side herself…

A sexy, funny and heartwarming adventure - curl up and enjoy this fabulous Quick Read from Kathy Lette. --This text refers to an out of print or unavailable edition of this title.
Read more

4.1 out of 5 stars
4.1 out of 5
103 global ratings
How are ratings calculated?
To calculate the overall star rating and percentage breakdown by star, we don’t use a simple average. Instead, our system considers things like how recent a review is and if the reviewer bought the item on Amazon. It also analyses reviews to verify trustworthiness.

C.H: Spain
4.0 out of 5 stars Handy size
Reviewed in the United Kingdom on 8 May 2013
Verified Purchase
I bought this to read on a plane, as I wanted a small book that would fi itn my handbag. It's great and as I always think the sign of a good book is that you neither want to stop reading nor want the book to end, this one fits the bill. The story is slightly predictable but with a twist, and the author packs a lot of story into a small number of pages. Page turner
Read more
2 people found this helpful
Report abuse

Tina B
5.0 out of 5 stars Ideal, cheap book for a holiday break
Reviewed in the United Kingdom on 31 March 2014
Verified Purchase
Loved the book which I started on a four hour plane journey. I am quite a quick reader so finished it before I reached my destination.
Book so light I could take a few without adding too much to baggage allowance, great for beach & left it in hotel for others to enjoy.

Heather Smith
5.0 out of 5 stars Devoured in a day
Reviewed in the United Kingdom on 24 November 2013
Verified Purchase
I'm completely in love with Kathy Lette's writing style, but, more than that it is the wonderful realism and comedy escapism contained within all of her books. This one is no exception. A great short read, particularly if you want a taster for her full length novels. Always a joy to read.
Read more
2 people found this helpful
Report abuse

marlene tapscott
5.0 out of 5 stars Five Stars
Reviewed in the United Kingdom on 27 July 2017
Verified Purchase
Really enjoyed this short read.
Read more
Report abuse
See all reviews
Back to top
Get to Know Us
Make Money with Us
Let Us Help You
And don't forget:
© 1996-2021, Amazon.com, Inc. or its affiliates