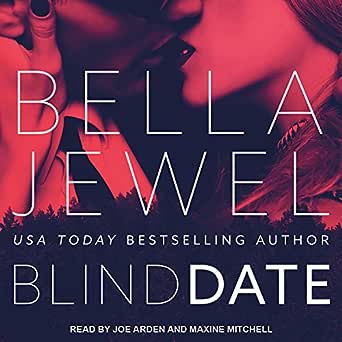 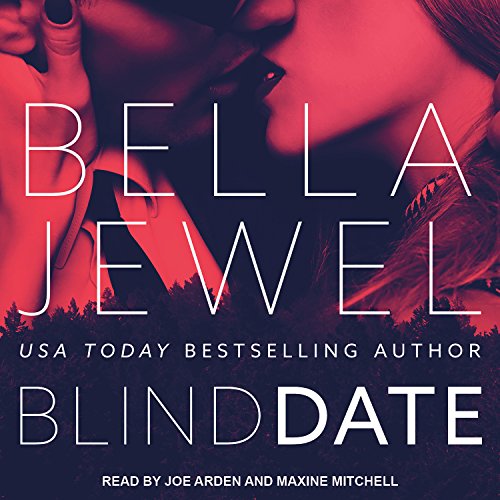 I Hope Bella Jewel does more books with storylines like this, 72 Hours and The Watcher!

Susan Wallace
TOP 500 REVIEWER
5.0 out of 5 stars Highly recommended.
Reviewed in Australia on 5 October 2018
Blind date by Bella Jewell.
Hartley Watson is saying goodbye to her husband at his funeral. Little does she know someone is watching her. Four years later her best friend talks her into going on a blind date. She agrees to 3. The first one is a disaster. The 2nd one is worse. Taylor her best friend talks her into the 3rd one. Jacob seems ok. He's a gentleman and good looking. But after a while odd things start to happen. Is someone doing these things?
Omg an absolutely fantastic read. I loved the story and some of the characters. There were some characters I didn't like. Jacob being one of them. I loved how Hartley and Ace were. Wow didn't expect that. 5*. Highly recommended.

Ajp
5.0 out of 5 stars Brilliant
Reviewed in the United Kingdom on 9 August 2017
Verified Purchase
Where do I start. I love Bela Jewels writing and this was my first suspense novel from her after I fell in love with her biker series.
It's face paced, hot and I couldn't put it down for a second. You can feel the tension in every word.
Bella jewel doing what she does best, giving you a story that gives you all the feels and stays with you long after you've turned the last page.

Jo Devon
3.0 out of 5 stars Meh
Reviewed in the United Kingdom on 25 August 2017
Verified Purchase
I like this author but this felt phoned in. The plot was ridiculous with no real suspense and if your life was in this cop's hands, God help you!
Read more
Helpful
Sending feedback...
Thank you for your feedback.
Sorry, we failed to record your vote. Please try again
Report abuse

CARYN
5.0 out of 5 stars WOWZER!
Reviewed in Canada on 21 April 2018
Verified Purchase
Now this...this is what I am talking about! The build-up was perfect and so was the character development.

Did not want to put this book down so I didnt. The main characters draw you in. Ace is the grumpy neighbor, Taylor is the best friend, Hartley is our heroine. All mesh very well.

All in all this is a story I highly recommend! !

shellbelle
5.0 out of 5 stars Bella Jewel had me on the edge of my seat!
Reviewed in the United States on 2 August 2017
Verified Purchase
In today's world the dating scene is ruled by the swipe of a finger.  Dating Apps are the key to connecting with others without having to physically put oneself out there night after night. A date can be made with one swipe.  In many ways this way of dating is wonderful because one can filter out the duds and find someone more suited to their interests.  There are drawbacks to this method of dating as well because a person is relying on honesty and integrity and that is not always the case.  In all reality you don't know what you are getting yourself into.

After several years of being a widow, Hartley Watson is ready to join the land of the living.  Her best friend convinces her to join a blind date dating site to meet new people.  While she is reluctant, she agrees it's time to move on with her life.  The first few dates are a disaster but by the third date things are starting to look better.  She's actually starting to enjoy dating once again until weird things begin happening in her life.  It seems like the ghost of her husband has surfaced and is meddling in her life.  At first she chalks it up to an active imagination and guilt until things start turning downright creepy.  She feels like she's being watched and has become fearful of her own shadow.  Her friends and the new man she is dating think it's just harmless coincidenses rather than a dangerous stalker.  Her cranky neighbor, a police detective, isn't convinced it's harmless.  There is a serial killer known as the Bowtie Killer loose in the city and killing women.  He's trying to figure out the connection between the dead women and Hartley. He's fearful Hartley may be the next victim. Can he figure it out before it's too late for Hartley?  What makes this case even more complicated is he's starting to actually like his crazy neighbor a little more than a neighborly way.

Bella Jewel had me on the edge of my seat with this book.  The suspense kept escalating and the plot became even more complicated as the story progressed.  While I suspected who the killer was all along, his actions and motivations remained a mystery until the very end.  The romance between Ace and Hartley is a slow build that turns from hostility to respect before the sexual tension takes over.  It was refreshing to see a relationship that wasn't based on insta-love or driven by sexual attraction.  They really got to know one another before they ventured into a romantic relationship.  The sexual tension was brilliantly hidden within the hostility and reluctant friendship.

If you are looking for a thriller mixed with a hot romance I would highly recommend Blind Date by Bella Jewel.
Read more
Helpful
Sending feedback...
Thank you for your feedback.
Sorry, we failed to record your vote. Please try again
Report abuse

buddysgirl1
4.0 out of 5 stars Awesome read
Reviewed in the United States on 29 June 2018
Verified Purchase
I'm such a Bella Jewel fan. This was a suspenseful romance novel. Ace was my kind of man and the chemistry between him and Hartley was so good.
Read more
Helpful
Sending feedback...
Thank you for your feedback.
Sorry, we failed to record your vote. Please try again
Report abuse
Load more international reviews

Chris w
5.0 out of 5 stars Omg!
Reviewed in the United States on 2 July 2018
Verified Purchase
Great book! The characters,the story were just great. I can wait for another by this author. On to the next
Read more
Helpful
Sending feedback...
Thank you for your feedback.
Sorry, we failed to record your vote. Please try again
Report abuse

Alisha Martinsen
5.0 out of 5 stars Five Stars
Reviewed in the United States on 20 September 2017
Verified Purchase
I love this series
Read more
Helpful
Sending feedback...
Thank you for your feedback.
Sorry, we failed to record your vote. Please try again
Report abuse