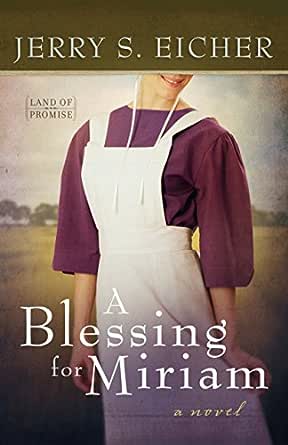 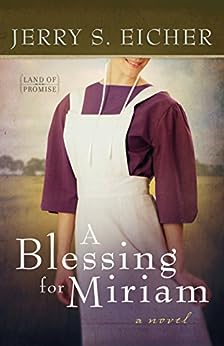 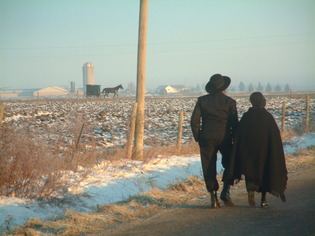 A Blessing for Miriam (Land of Promise Book 2) Kindle Edition

In the second book of bestselling author Jerry S. Eicher’s new Land of Promise series, Miriam Yoder is looking forward to her wedding day with Wayne Yutzy. But when beautiful Esther Swartz arrives to care for her ailing grandmother, Miriam is wary of Wayne’s past relationship with Esther.

When storms rip through the small Amish community in Oklahoma, Miriam’s daett arrives to help in the rebuilding efforts. Under pressure from Miriam’s daett the relationship with Wayne is upended, leaving Miriam to wonder if she must now build her new life as a single Amish woman.

Book two in the Land of Promise series

Jerry Eicher's Amish fiction has sold more than 800,000 copies. After a traditional Amish childhood, Jerry taught for two terms in Amish and Mennonite schools in Ohio and Illinois. Since then he's been involved in church renewal, preaching, and teaching Bible studies. Jerry lives with his wife, Tina, in Virginia.

Amazon Customer
5.0 out of 5 stars Such a Blessing
16 January 2018 - Published on Amazon.com
Verified Purchase
Miriam is a woman we all could learn from. Many a sleepless night while reading this book. Had to know what was around the corner, good or bad. Jerry S. Eicher has certainly hit a home run with this story. I am looking forward to the next book!
Read more

Charles B. Teague Jr.
2.0 out of 5 stars Unbelivable Plot
17 July 2015 - Published on Amazon.com
Verified Purchase
This book is based on an unbelievable and probably false premise that the Amish disdain money. Newsflash. The Bible says the LOVE of money is the root of all evil. I could not wait to get to the end of this book so that I could go on to more well written books. We have been reading Amish fiction for a long time and enjoy most authors including this author, but this book was a huge disappointment. The father displayed in this book is surely not typical of the Amish. If you are desperate for something to read then this book may fit the bill.
Read more
One person found this helpful

K. santiago
5.0 out of 5 stars Great read
6 March 2017 - Published on Amazon.com
Verified Purchase
I tell you this book keeps me on my toes. Is the 2nd in this series and is full of so many surprises. Starting the 3rd one and can't wait to see how all the characters end up.
Read more