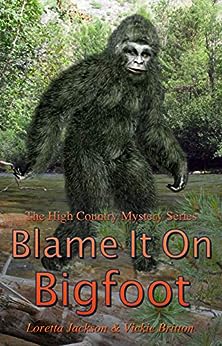 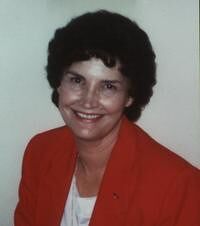 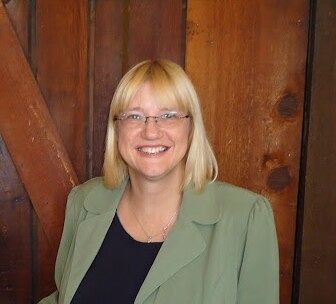 Michael Thal
4.0 out of 5 stars Would Bigfoot Commit Murder?
Reviewed in the United States on 13 May 2020
Verified Purchase
Blame it on Bigfoot is the tenth book in Loretta Jackson’s and Vickie Britton’s The High Country Series, featuring the adventures of Sheriff Jeff McQuede. In this novel, McQuede is tricked by friend Barry Dawson to attend a Bigfoot convention in Trail’s End, Wyoming, a small town at the edge of Shoshone National Forest.

After the convention, the sheriff is invited by Dr. Adam Kurtz to join his research team to hike into the mountains below Lost Man’s Peak in search of Bigfoot. Unfortunately, the team of researchers aren’t on the same page, causing friction amongst team members. McQuede immediately detects a love triangle, grudges, and greed.

One member of the team, Professor Neil Callahan, an expert on anthropology and archaeology, obtained special funding for the project based on his claim to have previously encountered Bigfoot in the area of Los Man’s Peak. Dr. Kurtz agrees to lead the team in order to prove Callahan a fraud.

Ted Weiss, a game hunter, claims Bigfoot is definitely in the area because the beast came close to attacking him the first night out. However, Sheriff McQuede is skeptical about the Bigfoot claims and suspects someone is perpetuating a hoax. Then, one day, a team member is murdered and McQuede is sure about one thing—Bigfoot didn’t do it.

Author’s Loretta Jackson and Vickie Britton present a thrilling mystery in the backdrop of the rugged scenic beauty of Wyoming. The writers have a strong plot with twists and surprises along the way that will keep mystery lovers at the edge of their seats.

Though the novel is plot driven, I would have liked to have seen more elaborate descriptions of beautiful Shoshone National Forest. The characters are fleshed out nicely, enabling readers to develop a relationship with the research team. However, deciding who is committing murder is difficult to discern, for too many people have a motive.

Blame it on Bigfoot is a fun read providing readers an escape from the confines of their homes to visit the rugged terrain of northwest Wyoming.

Danq
5.0 out of 5 stars Bigfoot did it
Reviewed in the United States on 24 September 2020
Verified Purchase
It's easy to point a finger at someone and blame them for something. This is especially true if that someone isn't there to defend himself. What if that someone couldn't even speak? Well, that's why everyone can point a finger at Bigfoot! Is there even a bigfoot to blame? What is going on at the remote site where everyone thinks Bigfoot is hiding? Murder is one very real thing. Enjoyable read!

bigfoot hunters
Read more
Report abuse
See all reviews
Back to top
Get to Know Us
Make Money with Us
Let Us Help You
And don't forget:
© 1996-2021, Amazon.com, Inc. or its affiliates