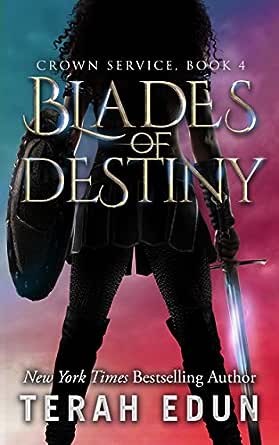 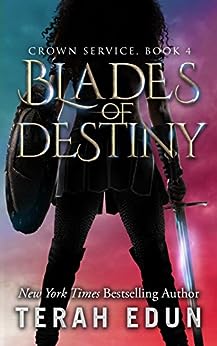 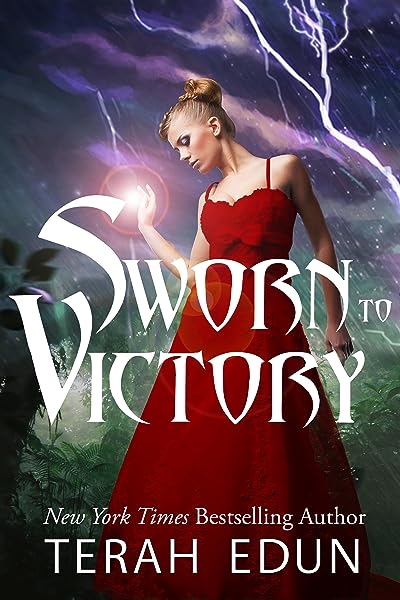 
Sara Fairchild was sure of two things when she killed that Kade invasion leader. The first? That it was a righteous kill. The second? That she would always be haunted by it.

Now she’s shouldering the responsibilities of being a leader, not a follower, in the imperial armed forces while trying to figure out exactly what the Empress’s Representative has planned for her. Whatever the blood of the crown wants, Sara knows that she will suffer for it.

As she launches a mission to re-capture Nissa Sardonien, Sara finds out that she’s not the only one playing a cat-and-mouse game. Apparently the Kades have been keeping a closer eye on her than even she knew, and when Sara meets Gabriel—their enigmatic leader with amethyst eyes—all bets are off.

Michelle
5.0 out of 5 stars When is book 5 coming out?
2 October 2019
Format: Kindle EditionVerified Purchase
The story grips you with tension, intrigue and holds the reader on edge with amazing things happening throughout. Waiting for book 5 to get more of the story which is compelling reading. A must read and gets you away from reality.
Read more
Helpful
Comment Report abuse
See all 1 customer reviews
Write a customer review

Lauren
5.0 out of 5 stars Another great installment to the series
9 April 2018 - Published on Amazon.com
Format: Kindle EditionVerified Purchase
I don't often write reviews for books, but this one begged to be written. I am in love with this series. The characters are clear, relatable, and enjoyable/hateable as they should be, and the worldbuilding that the author has accomplished is commendable. I cannot express how satisfyingly frustrating this book was. I wanted to pound Sara over her head a couple of times, because she is so stubborn, but then not long after, I find myself agreeing with her reasoning on her actions. I only wish this book had been longer, because I would like to see more of this world and the characters. Thank you for writing. Keep up the good work!
Read more
One person found this helpful

EveatEden
5.0 out of 5 stars A girl on a mission!
21 April 2018 - Published on Amazon.com
Format: Kindle EditionVerified Purchase
I love Sarah's story. I have been obsessed since the very first book. Every time the book ends I am like NOOOOOO I don't want to wait for more! The intrigue, mystique, and just play craziness around Sarah never fails to entertain. I had thought this book was going to be the end of her story and am so glad that I was incorrect!
Read more

Amazon Customer
5.0 out of 5 stars Good read
21 September 2018 - Published on Amazon.com
Format: Kindle EditionVerified Purchase
I have read all her other series and really enjoy Terah Edun. Although she does go over somethings a little too much it is still a good book to read. I do find that the kindle versions has some spelling and missed words in it but not as many as I have seen with other authors. Great light reading series that will keep you engaged and wanting to read more. Can't wait for the rest of the books in this series. If you haven't read her Courtlight Series, do so.
Read more

Kindle Customer
5.0 out of 5 stars 😮😮😢😢😈😈
26 February 2019 - Published on Amazon.com
Format: Kindle EditionVerified Purchase
WTF!!??!! THIS BOOK WAS AN ABSOLUTE EMOTIONAL ROLLER COASTER!! WAS NOT EXPECTING THAT ENDING!! CANNOT BELIEVE THE 5TH BOOK HAS YET TO BE RELEASED I NEED IT TO KNOW WHAT HAPPENS NEXT !!
Read more

Kindle Customer
5.0 out of 5 stars Blades of destiny
29 September 2018 - Published on Amazon.com
Format: Kindle EditionVerified Purchase
Great books. I can't quit reading them. The story of Sara and her search of why her father is considered a traitor. It is best to start at the beginning book to get the whole story as they go in sequence.
Read more
Go to Amazon.com to see all 40 reviews 4.3 out of 5 stars
Get FREE delivery with Amazon Prime
Prime members enjoy FREE Delivery and exclusive access to movies, TV shows, music, Kindle e-books, Twitch Prime, and more.
> Get Started
Back to top
Get to Know Us
Make Money with Us
Let Us Help You
And don't forget:
© 1996-2020, Amazon.com, Inc. or its affiliates