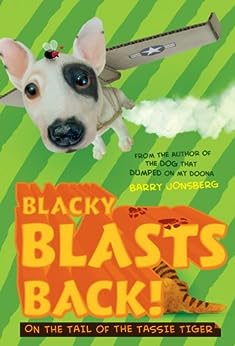 Blacky Blasts Back: On the tail of the Tassie Tiger Kindle Edition

Barry Jonsberg was born in Liverpool, England, and now lives in Darwin, Australia with his wife, children and two dogs - Jai and Zac.

All of this has convinced Barry he is a smartypants. His dogs, however, are equally convinced he is a sad loser and that the time he spends in front of a computer would be much better employed walking on the beach. --This text refers to the paperback edition.