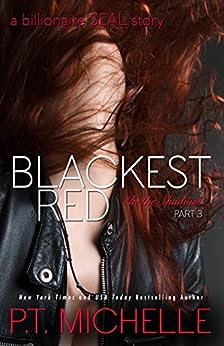 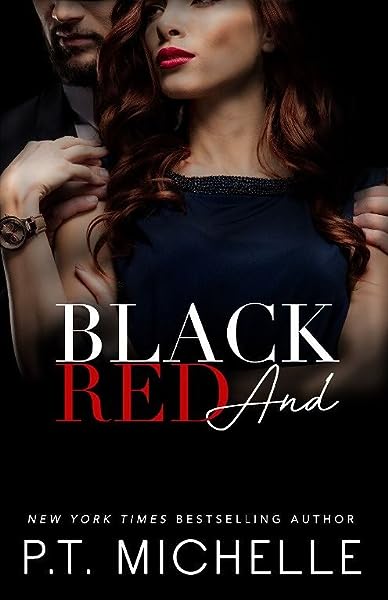 P.T. Michelle is the NEW YORK TIMES, USA TODAY, and International Bestselling author of the Contemporary romance series IN THE SHADOWS, the YA/New Adult crossover series BRIGHTEST KIND OF DARKNESS, and the romance series: BAD IN BOOTS, KENDRIAN VAMPIRES and SCIONS (listed under Patrice Michelle). She keeps a spiral notepad with her at all times, even on her nightstand. When P.T. isn't writing, she can usually be found reading or taking pictures of landscapes, sunsets and anything beautiful or odd in nature. --This text refers to the paperback edition.

4.8 out of 5 stars
4.8 out of 5
1,042 global ratings
How are ratings calculated?
To calculate the overall star rating and percentage breakdown by star, we don’t use a simple average. Instead, our system considers things like how recent a review is and if the reviewer bought the item on Amazon. It also analyses reviews to verify trustworthiness.

V Harper
5.0 out of 5 stars In the shadows series
Reviewed in Australia on 5 March 2015
Verified Purchase
WOW one of the best romance and heart warming stories I have read, so good I think I am even going to go back to the start and read each one again seeing that it was so long between. If you love romance, mystery, love, friendship mixed in with a sexy story line you will not be able to put these novels down. I laughed and both cried during Blackest Red well done P.T. Michelle would love to see a story line covering Cassy and Col come out with updates to Sebastian and Tahlia as well.
Read more
Helpful
Report abuse

EleshiaV
4.0 out of 5 stars Best of the three.
Reviewed in Australia on 13 March 2015
Verified Purchase
I really enjoyed the third book in this series, a great culmination of all the build up from previous 2 books.

Lots of suspense and drama, along with sexual tension and passionate attraction between Tahlia and Sebastian as the reconnect once again. Still found Mr Black a bit irritating, but there were some redeeming qualities by the end of this book.

The books are well written and i would recommend them to others.

Jane
4.0 out of 5 stars Best of the series
Reviewed in Australia on 9 July 2018
Verified Purchase
Suspenseful, twisted characters and opening up of the 2 main characters. It was nice to read the full back story to both of their rough starts in life. Its nice to see how far they grew but really went full circle. Definitely lots of steam in the series!
Read more
Helpful
Report abuse

Sonja
5.0 out of 5 stars More!!
Reviewed in Australia on 29 September 2017
Verified Purchase
This Series is soo goood!! You will not be able to put it down I promise. My new favourite author ♥️
Read more
Helpful
Report abuse

Cas
TOP 1000 REVIEWER
5.0 out of 5 stars Wow
Reviewed in Australia on 5 October 2016
Verified Purchase
Loved this series of three books, such intense characters having faith in themselves. It had suspense and drama, a great series, look forward to the rest.
Read more
Helpful
Report abuse

Vicki C
5.0 out of 5 stars A Maz Ing
Reviewed in Australia on 25 February 2015
Verified Purchase
Love love love Sebastian and Tahlia. This series has ben fabulously written and has left me wanting more. I loved following their story through the three books
Read more
Helpful
Report abuse

raylein sheedy
5.0 out of 5 stars In The shadows
Reviewed in Australia on 14 March 2015
Verified Purchase
I have read all three and I would recommend them to anyone . I hope there will be more in this series to see what happens to other corrector with in this series magic reading any a wonderful author
Read more
Helpful
Report abuse
See all reviews

Brigitte
5.0 out of 5 stars Black and Red, the perfect match
Reviewed in the United Kingdom on 27 February 2015
Verified Purchase
I first came across PT Michelle when I read The Brightest Kind of Darkness and became totally engrossed. When Mr Black came along in the "In the Shadows" series, I didn't know quite what to expect and wow, I fell in love with the characters and the story line urged me to read the rest of the series.

The Blackest Red is the last in this enthralling series. After Talia ran away from Sebastian six months ago to preserve her heart, she didn’t think she would see him again but sexy Sebastian doesn't give up very easily. Even though she ignored his correspondence, he finds a way of getting back into her life when she is in danger once again. When she is introduced to her bodyguard, she is surprised to see Sebastian and the chemistry between them is as strong as ever.

Talia is on tour for the release of her new book and the story being too close to the truth, she receives threatening letters giving her the ultimatum of giving up the book or die. Sebastian guards her with his life and being together constantly only fuels the chemistry between them. Talia is determined to keep her feelings from him to guard her heart since he has told her that he doesn't do long term commitments but Sebastian is not to be deterred.

This book is full of surprises, to me the biggest one of all is the revelation from her "beloved" aunt. Talia's secrets from her past are revealed and Sebastian has his fair share too. Talia trusts Sebastian with her safety but does she trust him enough to open up to him? It's a battle of the will, whereas Sebastian is determined to make Talia his, will he give in and open up to her to reveal his true feelings?

Oh! I do like the "chat" Sebastian has with Isobel! Brought a smile to my face.

This book contains the family drama, danger, betrayal, loyalty, rivalry, love and passion. I like everything about "In the Shadows" and will quite likely go back to read it again.

It would be nice to know if Cass and Calder eventually get together as well as finding out what's in store for Mina. Hint Hint. I love these two characters too.
Read more
2 people found this helpful
Report abuse

Lisa Pain
5.0 out of 5 stars Wow!!
Reviewed in the United Kingdom on 9 July 2018
Verified Purchase
Have just read the first three books in this series and have got to share...I don't often review books but these books have had me riveted. I have had to read them all back to back. The intensity of their chemistry is mind blowing. The storyline throughout the books is thrilling, absolutely loved the characters, unfortunately I have definitely fallen in love with 'Mr Black'. I first came across P.T. Michelle when I purchased previous books through Elloras Cave which I must admit I adored. I will be reading the entirety of this series I can only recommend that you start reading about Miss Red and Mr Black now and enjoy them all :) x
Read more
Report abuse

Mariana Lee
4.0 out of 5 stars Fantastic end to this series
Reviewed in the United Kingdom on 26 February 2015
Verified Purchase
I have totally loved every single written word of this series from the very beginning. This story is a wonderful mixture of sexiness, mystery, friendship, family, emotion keeping you wanting to read more. Sebastian ( mister Black) is just pure perfection, sexy, strong,dominant, smart, charming........... Talia has been through so much yet she's so strong, independent, smart, funny......and when this two get together you can see and feel the Sparks flying. The journey they both travel together and apart is just full of unexpected events that together they manage to deal with and survive. This series is a total must read that will keep you gripped and at the edge of your seat.
Read more
Report abuse

Pickle
5.0 out of 5 stars WOW. Suspence-sex-murder-hot sex
Reviewed in the United Kingdom on 11 March 2015
Verified Purchase
I read Mr Black and Scarlett Red they were fantastic. Could not get enough of Talia and Sebastian. What a story (spoiler alert) this covers their childhood through college and on don't. Just take my word for it. READ THE SERIES. I struggled having to wait for the final book BLACKEST RED. It did not DISSAPOINT I loved it . I don't normally read books twice but I am DEFINITELY going to leave these on my Kindle. I will revisit all three of them.
So well written the character's are believable the writing in excellent you are drawn in the story covers everything you would want in a book.
READ IT
Read more
Report abuse

Mrs. T. A. M. Gray
5.0 out of 5 stars Wow what a read!
Reviewed in the United Kingdom on 26 April 2015
Verified Purchase
This is one of those trilogies that keeps you riveted all the way forward. PT was able to keep you enthralled all the way through and the story flows extremely well. Mr Black and Miss Red/Scarlett are destined from the start and you are not disappointed - the story leads them together and every opportunity. Things, events and people get in the way but they master these together. It's one feisty woman with a controlled or dominant man. Great read! Well done!
Read more
Report abuse
See all reviews
Back to top
Get to Know Us
Make Money with Us
Let Us Help You
And don't forget:
© 1996-2021, Amazon.com, Inc. or its affiliates