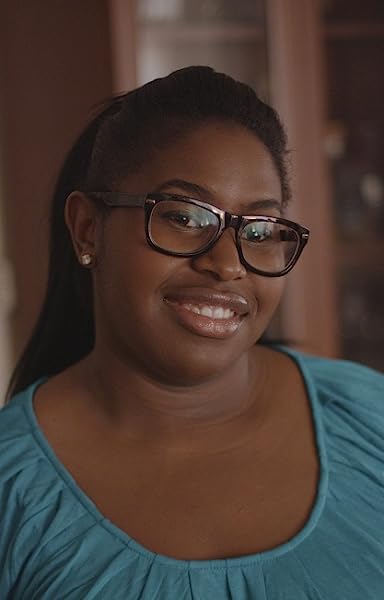 Start reading Blacker Than Blue: Vampire Sorority Sisters Book 2 on your Kindle in under a minute.

After years of meddling in her friends' love lives, Rebekah turned to writing romance as a means to surviving a stressful professional life. She has worked in various positions from library assistant, meter maid, middle school teacher, B movie production assistant, reality show crew chauffeur, D movie producer, and her most fulfilling job to date, lube and harness specialist at an erotic boutique in West Hollywood. Her interests include Wonder Woman collectibles, cookies, James Taylor, quality hip-hop, football, American muscle cars, large breed dogs, and the ocean. When she's not working, writing, reading, or sleeping, she is watching Ken Burns documentaries and cartoons or taking dance classes. If given the chance, she will cheat at UNO. She was raised in Southern New Hampshire and now lives in Southern California with an individual who is much more tech savvy than she ever will be.

Netty
5.0 out of 5 stars brilliant sequel
Reviewed in the United Kingdom on 24 February 2015
Verified Purchase
I'll admit I did enjoy better off red a little more but that doesn't mean I didn't enjoy this because I did very much so, I'm hoping for book 3 I love the whole sorority sister thing.
The sex scenes were a tad weird could have done without the weird female part thingy, but other than that I loved it....

maxine
2.0 out of 5 stars Slow
Reviewed in the United Kingdom on 13 February 2014
Verified Purchase
Ok so I hate to give this book a low rating as the first book was a lot better but for me this one was slow and did nothing to capture me, some of the X-rates scenes were a little to wierd for me and I felt the only reason I continued reading was the fact that I had spent over £6 on the ebook.
Read more
Report abuse

Carter-geek
5.0 out of 5 stars great read
Reviewed in the United Kingdom on 30 August 2013
Verified Purchase
Excellent sequel that address quite a few issues but still stays fun, sexy and exciting. if this is your thing, you will enjoy this book!
Read more
Report abuse

Beverly Diehl
4.0 out of 5 stars Bite Me, I'm Beginning to Get Addicted
Reviewed in the United States on 25 April 2013
Verified Purchase
Cleopatra Jones and Benita Tarver had been in love, and now they are each other's throats - well, not literally, as one would expect in a vampire novel.

Despite their estrangement, they are still forced to see one another in the company of others at least once a week. And not just in a comfortable "hi, how are you," passing greeting, but in what basically amounts to a giant make out session where each has to watch her ex, someone for whom she still carries strong feelings, make out with other feeders and/or vampires.

For Benny, it's sweet torture. She's totally attuned to Cleo: her voice, her scent, her physical beauty... and then Cleo will glare at her with hate.

I'm not sure if I came to this as a new reader, that I would understand all the rules of this particular vampire world. It was very well-established in the previous book, the way the sorority is something of a cover for a group of vampire queens who establish a symbiotic relationship with their willing feeders, what the vampires can do, and so on.

There's so much of this I really, really liked. Despite the vampire complications, the sorority sister goings-on, the petty dramas and jealousies and personality conflicts felt very real. My favorite secondary character has to be Benny's mom, Leanne. She's a sweet Southern belle, all warmth and hospitality, who's got this big scary demon, Benny's stepdad, Dalhem, wrapped around her little bitty finger.

When Benny and Cleo do reconcile, she's cheerleading from the sidelines. Coming into Benny's bedroom in the morning, she remarks, "My Lord. You two had fun last night. It smells like blood and b**ty in here."

[I liked that these characters had to fight their way back to each other. But it felt like a missing beat, maybe? They were deeply in love, then deeply in hate, there's one attempt at a reconciliation that fails, and then there was another obstacle, but it seemed to be too easily brushed aside. Then they're together, they're really happy, and then one final challenge at the far end of the book. I felt... off-balance, off-rhythm (which might just be me).

I loved Benny, dealing with body issues. I loved Cleo struggling to let go of her human family. I liked the incredibly hot love scenes and the interesting ways that a vampire can shape shift in this world. There's much humor sprinkled throughout, from Ms. Leanne, to the frat boys naming their puppy (something Amazon won't let me post here). I loved that there are huge number of characters throughout, yet every one of them had a distinct voice and characteristics. I liked the big spooky scary demons.

So, I really, really like it - just not quite as well as I liked Better Off Red.
Read more
One person found this helpful
Report abuse

German Chocolate
5.0 out of 5 stars An Avid Reader's Read
Reviewed in the United States on 15 October 2019
Verified Purchase
There are typical F/F romances and then there are Experiences. Need I say, Blacker Than Blue is the latter, so was the prequel, Better Off Red. There are No words (right now) to adequately express how this book made me feeeel. Other to say, it will never be a "throw away". It's one I will reach for again and again.
Happy Reading
Read more
Report abuse
See all reviews
Back to top
Get to Know Us
Make Money with Us
Let Us Help You
And don't forget:
© 1996-2021, Amazon.com, Inc. or its affiliates