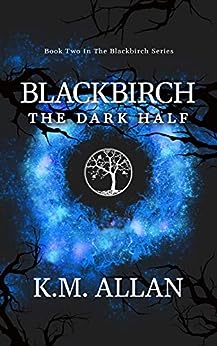 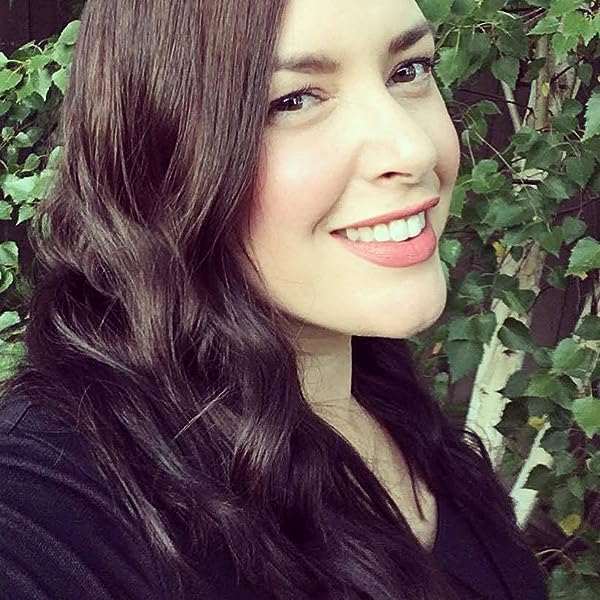 Blackbirch: The Dark Half Kindle Edition

Veronica Strachan
TOP 1000 REVIEWER
4.0 out of 5 stars Dark and devious
Reviewed in Australia on 12 September 2020
Verified Purchase
There's action, romance, and mystery for our young protagonist, Josh in the town of Blackbirch as he learns more about his unusual magick, and explores friendship and first love. Allan takes this second book in the series through some unexpectedly dark and devious twists, with betrayal and lust for power driving a sharp plot.
And the hooks are well and truly in for the third volume, with unanswered mysteries and a quest to fulfil for Josh and his friends.
A great read.
Read more
One person found this helpful
Helpful
Report abuse

Donna Allan
5.0 out of 5 stars Can’t wait for more
Reviewed in Australia on 10 February 2021
Verified Purchase
Love this book. Lots of surprise and action. Characters are amazing. Story well paced. Can’t wait for the next one.
Read more
Helpful
Report abuse

Naomi Lisa Shippen
5.0 out of 5 stars The Magick Continues
Reviewed in Australia on 27 September 2020
I loved the first book in this series, Blackbirch: The Beginning and enjoyed once again succumbing to the magickal world of Blackbirch in the second book in this series. This time, we learn more about the history of the characters and the way magick works for each of them. It is certainly an intricate system and I loved the way that nobody knew what powers anyone else had until they saw them.

K.M. Allan has a great YA voice and there is always plenty of action. All the twists and turns kept me guessing and I loved the cliff hanger ending. Nobody is quite who they seem, with their dark doppelgangers on the loose. As Josh and Kallie struggle to corral their own magickal powers, other characters with agendas of their own chime in to confuse matters further.

In this shifting world, the distinction between dreams and reality is often blurred, sometimes the characters themselves can’t tell the difference. Kallie knows she has visions of the future, but with interlopers crashing her frequency, how does she know what to believe?

I enjoyed getting to know the characters more deeply in this novel, with their histories and hopes for the future coming to the fore. But even as some of the mysteries of Blackbirch are revealed, even more questions arise, right up to the dramatic twist at the end.
Read more
One person found this helpful
Helpful
Report abuse

Simon Maxwell
5.0 out of 5 stars Worthy sequel
Reviewed in Australia on 3 September 2020
Verified Purchase
The sequel of 'Blackbirch, the Beginning', didn't disappoint. We become more invested with the characters, especially Josh and Kallie, and there is much to enjoy with the developing story lines of the other characters too. The book is well-written and the tension builds nicely towards a climatic ending. The world of Blackbirch feels real and I can well imagine a movie. The teens will fall in love with Josh!
Read more
One person found this helpful
Helpful
Report abuse
See all reviews

Meelie
5.0 out of 5 stars The Queen of Cliffhangers
Reviewed in the United Kingdom on 30 July 2020
Verified Purchase
K.M. Allan is the Queen of cliffhangers! The end of this novel blew my mind. But back to the beginning...The Dark Half picks up from where The Beginning left off, a really satisfying transition between the two Blackbirch stories. This addition to the series gives more depth to the characters, and is just as beautifully vivid as I expected. There's alot of action and tension throughout. Experiencing Josh's growth and discovery of power is exciting and so satisfying. Max I adore, he represents the awkwardness and the anxiety and humour that I think is in all of us. And, because it has to be mentioned again, THAT ENDING!!! I need book 3 already!!! A mystical, magical must-read.
Read more
Report abuse

Ms. Laurie J. Bell
5.0 out of 5 stars The twists just keep on coming.
Reviewed in the United States on 15 November 2020
Verified Purchase
There are new enemies, new mysteries, new secrets and new friends. And not everyone is telling the truth. The dark half explores what is dark in all of us. Everyone has two sides. What they show to the world and what they keep hidden. Well, what if you saw both sides?

Book two jumps in where book one left off. Josh has come into his magic but is desperate to learn more about it. Kallie, the girl he thought only existed in his dreams, is real and has come to show him how to use his magic. But she is hunted and haunted by her past. Now it is Josh’s turn to save her.

This is a terrific action packed book. Magic and spells and crystals abound. Someone is collecting magic and Josh and Kallie are on his list. Just when you think you have this story pegged you are hit with a new twist. Cleverly plotted, this story is well told and full of mystery. Author K.M. Allan will keep you hooked to the very end. Over and over I sat up and went, “Ooooo!” I can’t wait to read the next installment.
Read more
One person found this helpful
Report abuse

Amazon Customer
5.0 out of 5 stars Terrific!!
Reviewed in the United States on 8 September 2020
Verified Purchase
This story was a whirlwind. So many surprises and twists. Well done K.M.! I cannot wait for the next book. I highly recommend this to everyone! What a terrific story! It was so nice to visit Blackbirch again.
Read more
One person found this helpful
Report abuse
See all reviews
Back to top
Get to Know Us
Make Money with Us
Let Us Help You
And don't forget:
© 1996-2021, Amazon.com, Inc. or its affiliates