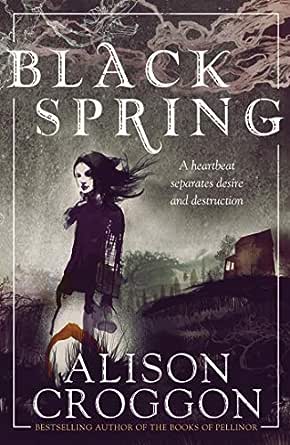 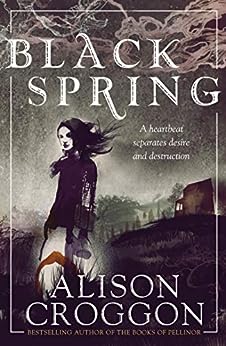 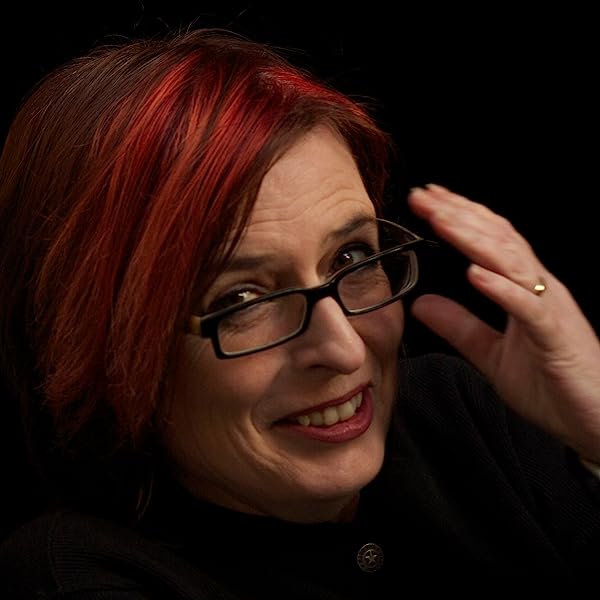 Cleaving to the sensibility of the original, this love letter to Wuthering Heights is for fans of genuine Victorian Gothic...Bronte devotees will swoon. For those who take their romance tumultuous and doomed.

Croggon returns with an homage to Wuthering Heights, trading the English moors of the original for the remote northern wilds of Elbasa, a land of powerful wizards and strict rules concerning vendetta...In language and pitch, the pastiche is spot on.

Black Spring takes the passionate story of Emily Bronte's Wuthering Heights and re-imagines it in a fantasy nineteenth-century society set in savage lands sustained by wizardry, where its people live by the vengeance code of vendetta. Like Wuthering Heights, it's a story within a story, featuring the brooding young Damek, who is swept along by his emotions. The object of his affections is Lina, daughter of the village lord, whose magical powers make her a witch -- and witches are not tolerated in this brutally patriarchal society. When Lina is sent away and forced to become a servant, Damek promises revenge and, like Heathcliff, spends a lifetime securing and refining it.

Jennifer Cameron-Smith
TOP 10 REVIEWER
4.0 out of 5 stars ‘After the last long winter, I needed to get as far away from the city as I possibly could.’
17 December 2016
Format: Kindle Edition
This young adult novel was inspired by ‘Wuthering Heights’, so I approached it with great caution. On the one hand, I wanted to see how Ms Croggon’s story would develop. On the other hand, ‘Wuthering Heights’ is my favourite novel, and I am deeply wary of other authors encroaching on any of its territory.

I was pleasantly surprised. On both counts. While I could recognise aspects of ‘Wuthering Heights’ in the structure of the story, and in similarity of characters and in echoes of language throughout the novel, ‘Black Spring’ has its own tale of betrayal and vengeance. Magic, rather than family, defines the world. The land that Lina and Damek inhabit is a bleak land, full of superstition, suspicion and watchfulness, ruled by wizards and the harsh, strict rules of vendetta. The narrators are Anna (Lina’s maid) and Hammel (a traveller to the magical north).

‘Vendetta is a black vine, a parasite that fruits only graves.’

Lina has the violet eyes that mark her as a witch, she is only protected from persecution by her rank. But her position is no defence against tragedy, can provide her no security against heartbreak. A tragic heroine, with some similarities to Cathy Earnshaw. And Damek? He is no Heathcliff. And yet, he is like Heathcliff in some ways.

I found that I enjoyed reading this novel better if I didn’t compare it to ‘Wuthering Heights’. The story has its own gothic, romantic, tragic trajectory.

‘I shall never complain of the tedium of the city again.’

Laura
2.0 out of 5 stars Disappointing - A let down following "The Books of Pellinor"
26 May 2014 - Published on Amazon.com
Verified Purchase
I was really disappointed by this book. I loved Croggon's "Pellinor" series (great world building, interesting plot, awesome characters), so I had high hopes for this book, and it paled in comparison to her previous works. I felt that the world building in this book was rather weak, and the addition of magic seemed half-hearted and unnecessary. There was no real explanation of the magic, and the story could have been essentially the same without it. As written, the magical aspect felt like it was just thrown in without much planning or development.
It was also difficult not to unfavorably compare the book to Wuthering Heights. The story is clearly heavily based one Bronte's novel, which the author makes no secret of. Interpretations of famous works can often be interesting and good, but Croggon didn't make the story different enough for the reader to not come away feeling like it was basically Wuthering Heights fan fiction. I'll definitely still read whatever Croggon publishes next based on the merits of the Pellinor books, but I was extremely disappointed with this book.
Read more
2 people found this helpful

HappyMama89
2.0 out of 5 stars Copy Cat
21 May 2016 - Published on Amazon.com
Verified Purchase
The Pellinor series by Alison Croggon is my most favorite story ever, so I was so excited about reading this book. I was very disappointed. It's a bit TOO much like Wuthering Heights, to the point that the storyline was predictable. Also, the first 70 pages or so were very dull. I'm glad I stuck with it because Anna's POV was somewhat interesting. Other than that, I wish I never purchased the book. It's not something I will read again or even recommend to anyone unless they are diehard Wuthering Heights fans. I'll definitely give her other books a try though. Hopefully I will like them as much as Pellinor!
Read more
2 people found this helpful

Elizabeth Akers
5.0 out of 5 stars Very Good!
5 October 2013 - Published on Amazon.com
Verified Purchase
I love good rewrites of classics and this did not fail to make me happy. I absolutely fell in love with Alison Croggon's Pellinor series as they came out, so I was pretty excited for this. In my opinion, this book is not quite as good as the Pellinor series, but it definitely kept me reading. The heartbreak and despair of Wuthering Heights is perfectly captured in this book. The aspects of the society in this book were very interesting and sad, to be honest, and were very nicely done. The writing is eloquent and lovely. I will read this book again the future.
Read more

Ngaire
3.0 out of 5 stars and I enjoyed the gift series's
20 August 2017 - Published on Amazon.com
Verified Purchase
Well written.... and I enjoyed the gift series's more
Read more
Go to Amazon.com to see all 39 reviews 3.2 out of 5 stars
Get FREE delivery with Amazon Prime
Prime members enjoy FREE Delivery and exclusive access to movies, TV shows, music, Kindle e-books, Twitch Prime, and more.
> Get Started
Back to top
Get to Know Us
Make Money with Us
Let Us Help You
And don't forget:
© 1996-2020, Amazon.com, Inc. or its affiliates