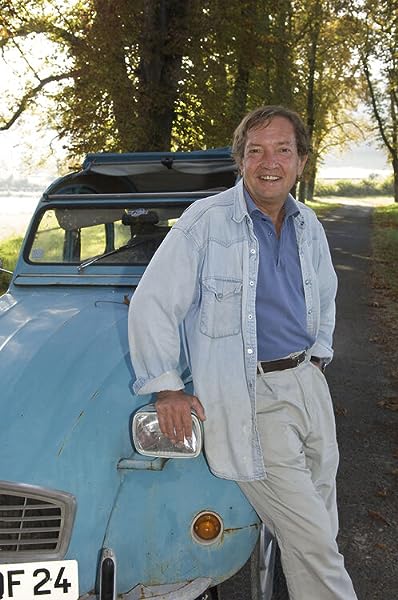 by Martin Walker (Author)
4.5 out of 5 stars 1,115 ratings
See all formats and editions
Sorry, there was a problem loading this page. Try again.

"A charming French village, great food, eccentric characters and a mystery to nudge things along.... Savory indeed." --The Seattle Times

"Deliciously good.... An enticing mix of the savory and suspenseful, a recipe for a great read." --Christian DuChateau, CNN

"Walker's series is ... a potion to convert remaining skeptics to the joie de vivre that infuses French life.... Everyone needs a friend in southern France to go spend some time with, and Walker has opened Bruno's door to anyone who has a few hours to join him in the simple joys of la vie en rose." --The Washington Independent "Beneath the Gallic charm that Walker conjures so effortlessly are modern mores and characters more convincing--and cruel--than you might at first assume. . . . Beguiling. . . . So likeable is Courreges, and so convincing his milieu, that I was desperate for more Bruno as soon as Black Diamond's brisk and brutal conclusion came." --Rebecca Armstrong, The Independent (London)

"Like the aroma of amateur chef Bruno's venison stew, which virtually leaps off the pages, Walker's unmistakable affection for the 'enchanting Périgord' makes every morsel of this cozy-cum-crime novel a savory delight." --Publishers Weekly (starred review)

"Martin Walker's delightful Bruno series makes you want to buy a ticket and immerse yourself in la France Profonde." --The Irish Independent "Consistently charming. . . . Bruno Courrèges may be a small-town cop, but he's anything but small-minded. Walker . . . has created a character who's endearingly human and worldly wise." --Booklist "Mouth-watering . . . Walker's fluid writing keeps getting better." --Curled Up With a Good Book "A paean to the truffle. . . . This political thriller is supplemented by a glorious foodie's delight, from an author who knows his way around the French passions." --Kirkus Reviews "Wonderfully rich. . . . A delightful basset hound and his charming girlfriend round out Courrèges's private world and offer him an oft needed respite and someone with whom to bounce ideas." --The Mystery Reader

MARTIN WALKER is a senior fellow of the Global Business Policy Council, a private think tank based in Washington, D.C. He is also editor in chief emeritus and international affairs columnist at United Press International. His previous novels in the Bruno series are Bruno, Chief of Police; The Dark Vineyard; Black Diamond; The Crowded Grave; The Devil's Cave; The Resistance Man; The Children Return; and The Patriarch, all international best sellers. He lives in Washington, D.C., and the Dordogne. www.brunochiefofpolice.com
Start reading Black Diamond on your Kindle in under a minute.

4.5 out of 5 stars
4.5 out of 5
1,115 global ratings
How are ratings calculated?
To calculate the overall star rating and percentage breakdown by star, we don’t use a simple average. Instead, our system considers things like how recent a review is and if the reviewer bought the item on Amazon. It also analyses reviews to verify trustworthiness.

Stephen Clynes
4.0 out of 5 stars A comfortable and easy read.
Reviewed in the United Kingdom on 27 June 2021
Verified Purchase
And onto the third book in this series of mysteries set in the Dordogne region of France. Bruno, the Chief of Police in St. Denis is on the case involving a scam in the supply chain of truffles.

The atmosphere of this book is exactly the same as the previous two books in this series. A comfortable and easy read with a mix of police and private life. Many of the characters continue from the other books. There are plenty of crimes for Bruno to deal with as he enjoys his life in rural France. We have the scam in the supply chain of truffles, racial hate crimes, a murder, some illegal immigrants and arson plus the discovery of a very disturbing crime at the end of the story. But between all this crime solving, Bruno makes time for a little romance.

I enjoyed reading Black Diamond and consider it to be a GOOD 4 star read. I found Martin to be consistent in his writing and feel his name has become a brand readers can trust.

Gs-trentham
2.0 out of 5 stars The boundaries of St Denis stretched too far
Reviewed in the United Kingdom on 30 October 2014
Verified Purchase
In his first two novels featuring Bruno Courreges, Martin Walker created an affectionate portrait of a small community in rural France. They were also essentially crime stories, the two elements neatly interwoven. In Black Diamond the balance is woefully out of kilter.

The fact thee the crime element involved the truffle industry and (improbably in t Denis) Chinese and Vietnamese gang warfare called for a great deal of exposition. There are necessary digressions to Algeria, toVietnam and Kossovo. Chapters 19 deals with nothing else, and 20 is not much better. As a result life in St Denis is dropped in as semi-detached chunks.

The chapter devoted to the Over 35w v Under 18s rugby match suggests an author who has been there and experienced it from the inside. It is lovingly done but carries the plot forward only marginally.

Black Diamond should not ut off Martin Walker's fans, but they will hope for a return to more familiar territory next time.
Read more
4 people found this helpful
Report abuse

The Dunelmian
5.0 out of 5 stars Seriously Addictive Reading
Reviewed in the United Kingdom on 12 September 2010
Verified Purchase
Following on from the "Dark Vineyard" with this "Black Diamond", book 3 in the serious certainly takes a close look at the darker side of life, with some pretty blunt, but not explicit or gratuitous, description of what the seamier criminal underbelly can be like in possibly any modern western country, not just France.

Bruno's character is developed further with more of his history, his philosophy and his passion for his lifestyle evoked as the story unfolds. The other "regular" characters are all there and we once again are given some wonderful truly French culinary episodes (I had never thought of adding boudin noir to enrich a good stew).

I won't spoil the ending, but it is really well hidden and although both shocking and surprising, makes actually a very logical and satisfying end to the yarn, when some others in this vein are struggling for an ending by their third offering.

Hopefully we will soon have the fourth - and learn more of Fabbiola and the other people whose character and history the author has hinted at but yet to bring fully into view.

If you enjoy Leon, Camilleri and O'Brien then you really will not be disappointed by any of the Bruno books - and a massive thank you to the Amazon team for recommending this superb series.
Read more
10 people found this helpful
Report abuse

montrachet
3.0 out of 5 stars Ok for francophiles
Reviewed in the United Kingdom on 13 December 2018
Verified Purchase
I enjoyed the descriptions of France and of French life, although (as with the previous wine based book) I felt the writer's transcription of the results of his research became a rather clumsy overlay and distracted at times from the story. However, this is a writer who can tell a tale and his main character is developed and enjoyable, even if he spends his life mixing with a variety of stereotype of French and English characters.
Read more
Report abuse
See all reviews
Back to top
Get to Know Us
Make Money with Us
Let Us Help You
And don't forget:
© 1996-2021, Amazon.com, Inc. or its affiliates