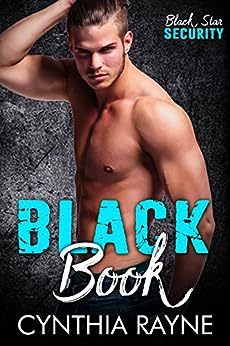 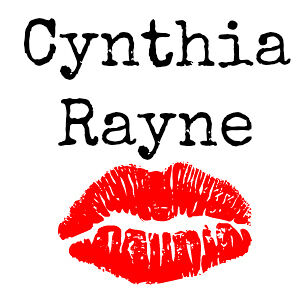 Gillian
TOP 1000 REVIEWER
5.0 out of 5 stars Sorry to see the Series End !!
Reviewed in Australia on 27 August 2018
What a great series, sorry to see it end !!
Mack is a former FBI agent and she left as she had a affair with one of the top agents.
Quinn is a a escaped felon that was a former Marine, FBI agent that was working undercover to catch the Cartel smuggling drugs over the border.
I have really enjoyed this series and would highly recommend this series.
I received a free copy of this book for a review.

Bella
TOP 1000 REVIEWER
5.0 out of 5 stars Fantastic!!
Reviewed in Australia on 27 August 2018
I feel like I've been waiting for Mack's story since her character was introduced and this did not disappoint. A brilliant, thrilling, sexy and romantic story that had me on the edge of my seat. A fantastic finale to a really excellent series.
Read more
Helpful
Report abuse
See all reviews

Susan Taylor
5.0 out of 5 stars Great end to a fine series
Reviewed in the United Kingdom on 28 August 2018
Verified Purchase
I really enjoyed this finale to the Black Star Security series. It was great to finally get to meet and get to know John Doe, who seemed such an interesting and enigmatic character from the first book. The story was fast paced and really interesting and intriguing, and also didn't shrink from portraying the characters as flawed but nevertheless still redeemable and likeable. If you enjoyed the other books in the series, you'll love this. If you haven't tried them, I suggest you do. You won't be disappointed
Read more
Report abuse

mel
5.0 out of 5 stars Loved This One
Reviewed in the United Kingdom on 28 August 2018
Verified Purchase
I have been waiting to read Quinn’s story since he was introduced early in the series and I have to say I loved it. With all the mystery surrounding Quinn it just makes him so much more intriguing. I loved that once Quinn made up his mind he went for Mackenzie (Mack) but nothing goes as you hope so what follows is a page turner of a story. Each page keeps you guessing and hoping. The Black Star Security Series is fantastic, funny and a well done series. I love how each character has there own story but is involved in each book. Can’t wait to see what there is next.
Read more
Report abuse

michelle m reynolds
5.0 out of 5 stars Even Wrong Can Feel So Right!!
Reviewed in the United States on 27 August 2018
Verified Purchase
"It's much too late for me. I'm not the hero of the story, Mackenzie, not even close."

I have absolutely loved this series and this final installment was just perfect to round it all out! I knew there was more to John Doe's story than him being a fugitive, and his story will blow you away!

Jonathan "John Doe" Quinn has been on the run after escaping federal custody, and the attempts Black Star Security to capture him. But, one BSS agent made an impression. Mack. Something about her drew him to her and he can't get her out of his mind. Staying low and texting her from burner phones will have to do - he's no good for her and she deserves better. But, now their connection goes much deeper than just a few emojis and words. Their both on a kill list and he needs to get to her before they do. As a plan forms to end all of this, so do the feelings he has for her. There is no good ending to this for him - either death or prison. He'll lose her either way, but should he just disappear again, or stand and fight for any chance they might have?

Mack knows she shouldn't be doing this. Accepting gifts, texts, and sending pics to a wanted fugitive. But, something about John Doe tells her there is more to his story. She can't believe he's the criminal they say he is - not when he can make her feel this way even when he's not here. But now he is here, and it's not a pleasure visit. There is a target on both their backs. Can she get Black Star on board with a plan to help him and not turn him in? Is there any way out of this without losing their lives, or without losing him? Can she finally figure out a way to have her happy ever after when all odds are against it?

I'm so sad this series has come to an end, but at the same time, I'm so glad I got to know these characters! I'm looking forward to more from this author!!
Read more
Report abuse

Pamela R Mitchell
5.0 out of 5 stars Must-read can't-put-down suspenseful romance
Reviewed in the United States on 28 August 2018
Verified Purchase
Mack and Jonathan "John Doe" Quinn's story was the perfect way to wrap up the thrilling Black Star Security Series. As soon as I started reading I knew I wouldn't be able to put the book down until I read the last word with complex characters, suspense, intrigue, twists, raw emotions and steamy romance that kept my heart pumping and jumping as I hung on to the edge of my seat. Ms. Rayne never disappoints and I can't wait to see what she has in store for us next.
I received an advance reader copy of this book and this is my unbiased review.
Read more
Report abuse

Guccigirl35
5.0 out of 5 stars Yes to Black Book
Reviewed in the United States on 28 August 2018
Verified Purchase
Finally we get Mackenzie's story. I personally have been waiting for this story since book one of this series. If you have been following this series than you know that unknown John Doe left Mackenzie with a mystery to solve...plus he is gorgeous. Black Book is all about finding Mr. JOHN doe, finding his real name, have some fun and then take down her man.
I personally felt this is my favorite story of the series and Rayne does a wonderful job bringing these two characters together. If you haven't read the books previous in this series you might want to start there and work to Black Book. Rayne slowly builds Mr. JD and Mack's relationship though out the series. Overall great story !!!Happy Reading!!!
Read more
Report abuse
See all reviews
Back to top
Get to Know Us
Make Money with Us
Let Us Help You
And don't forget:
© 1996-2021, Amazon.com, Inc. or its affiliates