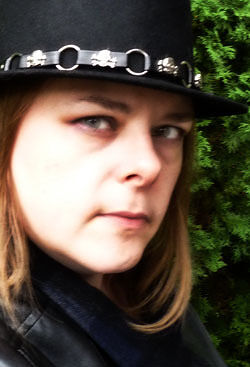 Page 1 of 1 Start overPage 1 of 1
Previous page
Next page
Start reading Bitter Pill: MM Urban Fantasy (PsyCop Book 11) on your Kindle in under a minute.

This series is not a one-trick pony nor are its characters mere descriptions on the page. There always seems to be something new waiting to be revealed, a mystery to be solved, a surprise lurking around any and every corner. -The Novel Approach

4.7 out of 5 stars
4.7 out of 5
148 global ratings
How are ratings calculated?
To calculate the overall star rating and percentage breakdown by star, we don’t use a simple average. Instead, our system considers things like how recent a review is and if the reviewer bought the item on Amazon. It also analyses reviews to verify trustworthiness.

Paula McGrath
4.0 out of 5 stars Left me wanting more
Reviewed in Australia on 24 January 2020
Verified Purchase
This latest instalment of the Psycop series was a bit more action-packed than Murder House. There’s a few more revelations, VIC learns more about his past and we meet some interesting new people. It felt a bit like a placeholder but I still loved it
Read more
Helpful
Report abuse

RelentlessRomantic
5.0 out of 5 stars Excellent
Reviewed in Australia on 21 January 2020
Verified Purchase
Another excellent instalment in the Psycop series. An entertaining mystery and more insights into Victor and Jacobs relationship. Further tantalising clues to Victor’s mysterious origin round out a most satisfying read.
Read more
Helpful
Report abuse

I adore this series, Vic is one of the best characters I have read. This book was fantastic, in long running series it is hard to maintain my interest, Bitter Pill may be my favourite in this series.
The plot is classic JCP, small hints dropped sparingly and the last chapter has blown the series wide open for so many new developments into Vic and Jacob's pasts.
The supporting characters are as crucial and fascinating as ever, and the murky FPMP and Camp Hell are still terrifying.
I received an ARC for an honest review, and I only wish I could write a more polished and coherent review to convey how brilliant this book is.
Highly recommended.
Read more
Helpful
Report abuse

Alan
TOP 1000 REVIEWER
5.0 out of 5 stars Bitter pill goes down sweet!
Reviewed in Australia on 5 April 2020
Psychic agents, Vic and Jacob, join former police partners to tackle the highly addictive deadly new drug, Kick, which is decimating psychics. This series is consistently good, delivering new reveals about Victor’s background and powers in each book and an always riveting psychic investigation. 🎧 Gomez Pugh’s narration is as familiar and comforting as it is entertaining and fun.
Read more
Helpful
Report abuse
See all reviews

Geraldine
5.0 out of 5 stars Excellent
Reviewed in the United Kingdom on 21 January 2020
Verified Purchase
I am an unashamed fan of the Psycop series, Vic and Jacob Have to be two of my all time favourite characters, and the stories are always fresh and exciting. The couple can be hot, tender, troubled, flawed but their stories are told with humour so dry sometimes you have a double take. In this case, working together again, and with the return of Carolyn and Zig, and even Jackie the ghost we get another sad, chilling story. Vic fighting demons, Jacob protecting Vic. I loved it all. Cannot wait for the audio and the next Psycop book. Till then I’ll have to re read from the start, and if you’re new to the series, or haven’t read any before, I recommend you do the same.
Read more
One person found this helpful
Report abuse

Nunu
5.0 out of 5 stars The boys are back in town
Reviewed in the United Kingdom on 24 January 2020
Verified Purchase
I was so excited to know we had a new book coming. Vic and Jacob are not your normal m/m romance characters, their love is so real. They do not openly display affection in public but their love or each other is never in doubt. Vic has turned 40 and Jacob is older, Jacob is a hunk and Vic is insecure with his own body. Vic has a great dry sense of humour and Jacob is his rock. It was so sad to finally find out about Jackie and it was a bit ofan emoional read. We are left with another twist to the story as Camp Hell gives up another secret. The books must be read in order.
Read more
Report abuse

Petra Ford
5.0 out of 5 stars Another excellent read
Reviewed in the United Kingdom on 27 February 2020
Verified Purchase
Sometimes a series can go on so long you get bored, or you feel an author is just dragging it out. I can say 100% that this is not the case here. Not only is this another great read but it advances the overall storyline. Vic is really coming along, not just with understanding his mediumship but it seems he is also developing interpersonal skills - most unexpected!
And of course intrigue leading into the next book, can't wait!
Read more
Report abuse

Loobylou
5.0 out of 5 stars 4.5 Stars
Reviewed in the United Kingdom on 23 February 2020
Verified Purchase
Admittedly Bitter Pill seemed to take a while to fully get going, but once it did, it was brilliant!! Vic and Jacob are a delight as always and it was wonderful having Carolyn and Zigler in a PsyCop book again. It was laugh out loud in some parts and incredibly moving in others. Particularly the parts with Jackie and baby Trinity. Already looking forward to Psycop 12!!
Read more
Report abuse

Lori Powell
5.0 out of 5 stars Perfect...and teasing!
Reviewed in the United Kingdom on 26 October 2020
Verified Purchase
I ❤️ Vic so much! He's definitely a big book crush of mine. This book teases us with Vic's past but we need to be patient to find out more. Sigh. **Silently repeats patience is a virtue**
Read more
Report abuse
See all reviews
Back to top
Get to Know Us
Make Money with Us
Let Us Help You
And don't forget:
© 1996-2021, Amazon.com, Inc. or its affiliates