Bitter Disenchantment: A Coveted Prequel Novel and over 1.5 million other books are available for Amazon Kindle . Learn more
Share <Embed> 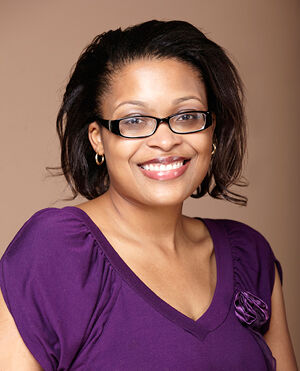 Page 1 of 1 Start overPage 1 of 1
This shopping feature will continue to load items when the Enter key is pressed. In order to navigate out of this carousel please use your heading shortcut key to navigate to the next or previous heading.
Back
Next
Start reading Bitter Disenchantment: A Coveted Prequel Novel on your Kindle in under a minute.

Shawntelle Madison is a web developer who loves to weave words as well as code. She'd never admit it, but if asked she'd say she covets and collects source code. After losing her first summer job detassling corn, Shawntelle performed various jobs-from fast-food clerk to grunt programmer to university webmaster. Writing eccentric characters is her most favorite job of them all. On any particular day when she's not surgically attached to her computer, she can be found watching cheesy horror movies or the latest action-packed anime. She lives in Missouri with her husband and children.

Tina
4.0 out of 5 stars Bitter Disenchantment
Reviewed in the United States on 4 April 2016
Verified Purchase
I downloaded Bitter Disenchantment as a free book from Amazon. This novella had potential as an excellent full-length book, but Aggie's story was crammed into a short book that seemed to skip forward too fast for the reader to develop any empathy for her. She was supposed to be such a strong character, yet she lets herself be manipulated into marriage. We know her reasons, but when you see how quickly and easily she gets out of her bad situation, you have to wonder why she just didn't take this route in the first place (after all, it's not like she didn't see most of these issues coming). My 3.5 rating was rounded up because I'm caught up enough I want to know what happens to her next. I sorta loved and hated the book and looked into purchasing Coveted, book 1 of the series, unfortunately this is about another character, so I don't get to find out what happened to Aggie. On the edge if I'll try them.
Read more
Report abuse

melindeeloo
4.0 out of 5 stars Nice little taste of Madison's world of were's and magic
Reviewed in the United States on 14 August 2013
Verified Purchase
Despite being a female alpha, Aggie McClure has learned the ropes and expected to take over he father's business until she's coerced into an arranged marriage and stripped of all her responsibilities and her freedom and suddenly her sole purpose in life is producing an heir for her controlling husband. But now Aggie's determined to get out of her marriage and take back control of her life...

Thought I'd dip my toes into this series with this prequel short - apparently it's the story of the series main character Natalaya's cohort. I liked seeing how the werewolf leading lady Aggie wins herself free from the HEA that wasn't. This little taste whet my appetite for more of the series.

If you make it pass the teaser for Coveted at the end of this book there is also a teeny little short with a muse, a pathetic succubus and a water phobic mermaid, which was brief but entertaining. Looks like Madison characters are often in need of therapy and this bunch all belong to the same 'group'.

Daily Reader
3.0 out of 5 stars Could Have Been Terrific
Reviewed in the United States on 6 September 2013
Verified Purchase
I liked the premise, the style was good, editing was fine, I think the key elements were there, but there could have been more depth. Perhaps if Aggie has a second novel going into more detail and finishing things off it would help. She has the potential as an alpha to do so much more against her father--bring him down in some way. Her mother is supposed to be even more powerful than Aggie and lets herself be relegated to some teeny apartment while the husband brings in a bimbo--again not very alpha. I haven't read the Natalya books so maybe there could be more there--maybe when they leave her on Natalya's doorstep they could join forces or something, but this novel just didn't have the punch (pun intended) it needed. Maybe the jumping around from full novels to 0. whatever is part of the problem.
Read more
Report abuse

J. Howard
3.0 out of 5 stars I wanted to like this book as much as the earlier Coveted novels, but it lacked all character development and much cohesion.
Reviewed in the United States on 12 March 2015
Verified Purchase
Call it a novella, maybe. It does not live up to the other Coveted novels in that our protagonist, Agatha, is incredibly naive and inconsistent. She has spent years living with her father the nasty pack leader who abused and disgraced her mother. One result is that Aggie desperately wants to choose her own mate and completely distrusts her father. When Dad announces he already planned her marriage five years earlier, Aggie has a big hissy fit but then agrees to date the guy. He spends a couple of weeks telling her how much he loves her, and she marries him. Only later did she ask why he was so interested; he made a deal with her Dad that if she wasn't pregnant within six months, he'd lose valuable hotel investments to her Dad. He controls everything she eats and does and everywhere she goes to insure the greatest chance of pregnancy. Make a huge leap of faith here that the only way Aggie can leave is to enter a bloody fight arena repeatedly to earn enough money to get an introduction to some outside pack leader who somehow has the power to give her a divorce. (This is the same woman who couldn't say "no" to these same men a few weeks earlier!) In the process of running away anyhow, she stops in South Toms River, New Jersey, to visit a summer camp friend, Natalya. Add a dozen other plot ripples of mages, werewolf sacrifices, political & financial manipulations, and this is the beginning of the Coveted novels. The book should have been twice as long to develop any of the personalities adequately.
Read more
One person found this helpful
Report abuse
See all reviews
Get FREE delivery with Amazon Prime
Prime members enjoy FREE Delivery and exclusive access to movies, TV shows, music, Kindle e-books, Twitch Prime, and more.
> Get Started
Back to top
Get to Know Us
Make Money with Us
Let Us Help You
And don't forget:
© 1996-2020, Amazon.com, Inc. or its affiliates