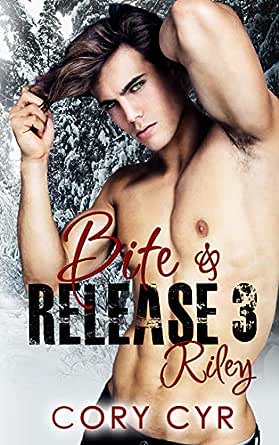 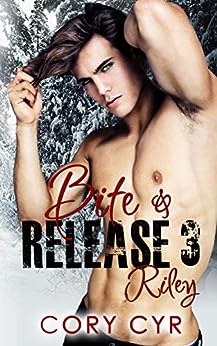 Kathy
5.0 out of 5 stars 5 Star ! Loved it
Reviewed in Australia on 17 August 2018
Although this is called Bite and Release 3 it certainly can be read as a stand alone.

This is Riley’s story, the son of a HAF dad who had a way with women when he was Riley’s age.

Riley is worried he will never live up to his Dads expectations in both his professional career and personal life.

Cory has a gift at putting words to paper. She is a gifted story teller and I loved this story. The past 12 months has been really difficult personally and trying to write one handed almost impossible . She did it, this book is one of my all time Cory favourites .
Read more
Helpful
Comment Report abuse
See all reviews

ShannonVM
3.0 out of 5 stars I wish I could have loved this one.
Reviewed in the United States on 19 August 2018
Verified Purchase
3.5*

This is a really hard review for me to write. I’m so conflicted when it comes to an author writing a book/books featuring children of a couple from a book I’ve previously read and loved. On one hand I think, yes, give me all the next generation goodness! But then the other hand is like no thank you, I’m happy with how things were left with the couple and I don’t really want to see what’s happening years down the road. When Ms. Cyr announced she was writing a book based on the son of the couple from one of my favorite indie romances ever, Bite & Release, I was equal parts excited and leery. Shea Michaels is in my Book Boyfriend Hall of Fame, so the thought of getting to see more of him, plus meeting his son Riley, had me thrilled but apprehensive at the same time.

Sadly, Riley's story fell a little short for me. I never felt a real connection between Riley and Gabe and that made it hard for me to be invested in their story. I thought Riley was darling and would give him all the stars if I could. But unfortunately, I never warmed up to Gabe, at all. And it’s not that I just didn’t warm up to her, I honestly didn’t like her. To me, she wasn’t deserving of Riley, even after the secrets came out and everything was cleared up.

It’s so difficult when you really like one of the main characters in a book, but can’t bring yourself to care about the other one- it totally takes me out of the story. Unfortunately, that’s what happened with with this one. Gabe is just one of those characters who I really could not connect with and as much as I wanted to love this book I was left feeling very indifferent when I finished reading. I hate that I felt this way about Riley's book, I really do, but it just didn't work for me like I hoped.
Read more
2 people found this helpful
Report abuse

Marns
5.0 out of 5 stars A long awaited return to Alaska.
Reviewed in the United States on 17 August 2018
Verified Purchase
I absolutely adored the original Bite And Release since it was first released and it’s follow up, Bite and Release 2 really completed the story about the depth of love that Ryan and Shea have for each other. These two books were compelling yet heart-breaking reading. Shea’s tormented upbringing at the hands of his father is not something that he talked about with their children, nor is the extent to which he slept around since the age of 13 or his reputation as a manwhore in their local town in Alaska.

In contrast, Bite and Release 3, Riley’s story is a little less intense, yet every bit as addictive to read as I wanted to find out about where Ryan and Shea were at, and what their son Riley, at 20 was up to.

Riley doesn’t want to become his father, or repeat his father’s mistakes. In fact I was surprised at how far he went in his absolute refusal to not become his father – holy crap! As a trainee vet working towards being fully licensed, Riley requires the supervision of a qualified vet until he finishes school, so when Ryan and Shea look at relocating themselves from freezing Alaska to Sunny Florida, Shea employs Dr Gabe Tobin who has a stellar resume and six years of experience.

When Dr Gabrielle Tobin arrives, the chemistry is off the charts between them, and Riley can’t believe the attraction that he has towards this woman who has a little more life experience than he has. He’s not quite sure what to make of it, but that’s okay, Gabe is quite forward in her approach in pursuing Riley. At times I felt she was a little persistent in her pursuit, but, as the book moved through, I understood why. And, I have to say there certainly was a plot twist that came out of left field for sure!!!

I have missed Cory Cyr’s writing style, with it’s adventurous, intensely sexy, smouldering chemistry and outrageous dialogue, so to say that I’m rapt she’s back with a book release is an understatement! I recommend this as a 5 Star read, and hope you enjoy it as much as I did.
Read more

Tiffany with Book Relations Book Blog
4.0 out of 5 stars Oh Riley 💖
Reviewed in the United States on 20 August 2018
Verified Purchase
The third and final installment of the Bite and Release trilogy is absolutely wonderful! The Michael's family is one of my absolute favorite book family's! My love for them started with Ryan and Shea in the original Bite and Release and Ms Cyr did not disappoint with Riley's story!

The book starts out with Riley's parents retiring from Alaska to Florida and handing down the family's business to their son, Riley. While Riley is still in college they had to bring on a lisenced veterinarian to handle the clinic until Riley graduated and could take over. Little did they all know, an evil secret from their past was about to follow the new hire into their happy lives. Gabe brings experience both in the clinic and in the bedroom, but can Riley distinguish between love and lust, and will he ever live up to the expectations his dad has set for him?

I must say, I am a huge fan of Riley. He may even be one of my new book boyfriends! With that being said, I'm not really sold on Gabe. She is kind of crazy to be honest. I never could connect with her. Her character fell a little flat for me in an otherwise wonderful book, which is the reason for the 4 star rating instead of 5 stars.

While this is the third book in the series, I highly recommend reading Bite and Release and The Reason I Breathe, both by Cory Cyr, to better understand a few of the parts of the story in Riley's book. Amazing series and Bute and Release: Riley, was the perfect ending do for a perfect family!
Read more

Lacy
4.0 out of 5 stars WORTH THE WAIT ❤️❤️❤️
Reviewed in the United States on 24 August 2018
Verified Purchase
I need some peppermint tea to settle the butterflies in my tummy. Riley is nothing short of sweet with dose of sultry sexy that set my heart soaring and my stomach into a trembling mess of warm and fuzzy torture.
I had no clue what to expect when it came to opening the book featuring Shea and Ryan's son, but wow! He is just as sweet as sin with a touch of innocence that made his story and falling in love unique.
I loved absolutely everything about him! While admittedly I didn't jive with Gabe (the heroine), not particularly finding it easy to identify with her, it was definitely a ride seeing the two of them find their happy ending and I'm glad I was able to see her growth of character in the end. I found that Riley brought out the best in her once they began their journey of forever together.
I was honestly surprised by the drama found in the book. Sometimes, it's easy to guess where a story is going, but in this case not so much. I was floored by Gabe's behavior and the catalyst that brought her to Alaska. Luckily, her and Riley found peace despite the circumstances.
The presence of Shea and Ryan was a welcome addition to the story as well; I never tire of those two and their amazing chemistry as well as love and devotion.
Add in the pooch, and well, four-legged friends always enhance any story, yes?
Truly, what a wonderful come back by the talented Cory D. Cyr! She deserves a huge hug and pat on the back for all of her dedication, hard work, and passion because it gave us another great read!
Read more
Report abuse

Suzanne Talkington
5.0 out of 5 stars Beautiful and raw!
Reviewed in the United States on 17 August 2018
Verified Purchase
Oh my stars. What turns out to an explosion of secrets, also turns out to be an unexpected moment of finding love at a crazy moment in your life. First, I have adored Ryan and Shea from the start, so seeing Riley all grown up was amazing to see and Cyr did a brilliant job bringing his character to life. He is strong and passionate about everything and everyone in his life. He fights for what he believes in and doesn’t bow to anyone. Enter Gabe. She to me is a wild card. Especially when things are revealed. I almost wanted to hate her at times because I felt she was taking advantage of Riley but when you see things from her end, her emotions are just as wrapped up when it comes to him as well. I loved their banter and how they played off of each other. I adored how Riley would not back down when things got all twisted and even stood up to the ones that brought him into this life. There are moments of closure as well in this book from the first few books which I felt was brilliant as well.
Overall, I loved this book so much. I am so glad Cyr is back with her words because they are raw and passionate. Her stories keep you on your toes and this one is no different. I honestly could not put this book down and struggled to do my day to day stuff once I started. AKA my daughter did not get lunch that day! If you are fan of this author, trust me, you need this book in your life and we all need a Riley to go with your Shea!
Read more
Report abuse
See all reviews
Get FREE delivery with Amazon Prime
Prime members enjoy FREE Delivery and exclusive access to movies, TV shows, music, Kindle e-books, Twitch Prime, and more.
> Get Started
Back to top
Get to Know Us
Make Money with Us
Let Us Help You
And don't forget:
© 1996-2020, Amazon.com, Inc. or its affiliates