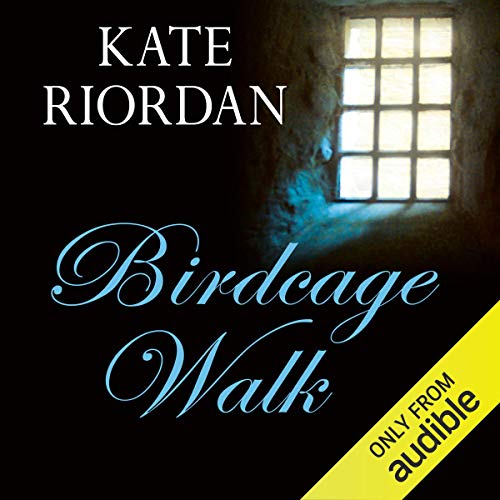 4.2 out of 5 stars
4.2 out of 5
715 global ratings
How are ratings calculated?
To calculate the overall star rating and percentage breakdown by star, we don’t use a simple average. Instead, our system considers things like how recent a review is and if the reviewer bought the item on Amazon. It also analyses reviews to verify trustworthiness.

Kindle Customer
TOP 1000 REVIEWER
3.0 out of 5 stars British injustice
Reviewed in Australia on 28 November 2016
Verified Purchase
I found this book very hard to get into until I was more than halfway through. This was mainly because George was such a taciturn character and Charlotte was so manipulative, lazy and really quite a lush making her quite difficult to sympathize with. Everything about the police investigation and the court case were stacked against George and he really didn't stand a chance. Quite depressing really.
Read more
Helpful
Report abuse

Rebecca Bowyer
TOP 1000 REVIEWER
5.0 out of 5 stars Deeply political and feminist novel wrapped up in domestic noir trappings
Reviewed in Australia on 10 November 2017
As the French revolution turns into a violent bloodbath, Lizzie's mother falls pregnant and the bottom falls out of the Bristol property market, Diner's behaviour becomes increasingly erratic and the novel shifts into gothic horror territory.

The transition is handled masterfully by Dunmore. This is a deeply political and feminist novel wrapped up in domestic noir trappings. Even strong female characters struggle to work around the bonds and limitations of a society which viewed women as the property of their husbands, and abandoned mothers (as Lizzie's mother was) as undeserving of assistance. Women are subjected by male will and their own reproduction systems as the poor are subjected by the aristocracy.

This is, however, a novel that doesn't beat you around the head with politics. You can read it as a political tract, or you can read it simply as the story of a young woman struggling to come to terms with the reality of marriage, separation from her childhood home and the tumultuous political and economic times. It's equally brilliant on both levels.

The language is wonderful. It's light and quietly humorous at the start. As the novel progresses the language and imagery becomes much darker as the lines between reality and unreality blur.

Linda
5.0 out of 5 stars Brilliant
Reviewed in Australia on 17 July 2021
Verified Purchase
Another wonderful book by Helen Dunmore. How sad that she is not with us anymore to continue her great literary talent. This book is full of tension and realistic historical accounts of the period it is set in.
Her characters are full of life and credibility. Loved it.
Read more
Helpful
Report abuse
See all reviews

Book Bonkers
5.0 out of 5 stars Blood will have Blood...
Reviewed in the United Kingdom on 21 March 2018
Verified Purchase
'The question of what is left behind by a life haunts the novel,' says Helen Dunmore in this absorbing story about Lizzie Fawkes, whose life as an oppressed and downtrodden woman in 1790s Bristol is set on the edge of the Avon Gorge, where the heady, vertiginous views create a permanent backdrop of potential disaster. Her husband's ambitious plans to build Georgian terraces looking over the Gorge are set at odds with his malignant influence over her, bruising and hurting her unknowingly, but Dunmore holds suggestions of his real intent back in the shadows until the final journey. He is the beast that creeps behind Lizzie with its claws sheathed; you never quite know where he is or who he is watching. His appearance at the picnic is genuinely unnerving. Nothing has ever come near Dunmore's extraordinary creative virtuosity here. Stories about Diner's first wife, Lucie, are edged with menacing possibilities as they 'flapped their dark wings' inside Lizzie's head. The devilry that lurks in Diner's mischief and mendacity is terrifying because it is so expertly camouflaged behind a mask of uxorious tenderness.

Dunmore takes up the bird motif cleverly but never insistently: for every nightingale warbling its heart out in remote woods at the far end of the Gorge, there is always a hawk or peregrine falcon out there too to lure unwary climbers into a fatal cliff-fall. Vigilance is all. As Lizzie fights intensely, so she also loves devoutly, and in one particular scene, reminiscent of Poe, the most icily nerve-racking in the novel, she finds herself in the locked cellars underneath her house with her murderous husband before escaping into the snow. Across the Channel, paralleling the degeneration of Lizzie and Diner's married life, is the carnage of revolutionary France. Guillotining is described in lurid detail with allusions to decapitated heads looking back, still conscious, at their carcasses. The primitive blood-lusts accumulate as Diner's business fails and the novelist is very good here in forging links between social chaos, economic stagnation and the breakdown of a marriage. Here, gentle readers, is Dunmore's last and greatest...and a reading experience to remember.
Read more
42 people found this helpful
Report abuse

Sabina
4.0 out of 5 stars Haunting
Reviewed in the United Kingdom on 30 June 2017
Verified Purchase
In her Afterword, Helen Dunmore writes that apart from being drawn to a period of great political upheaval (the French Revolution), she has "rarely felt the existence of characters more clearly, or understood them more deeply - or enjoyed writing about them more." I was intrigued by this after my experience of taking some time to 'believe' in her characters, especially the minor ones, Augustus, Hannah, Caroline Farquar. Yet, such is the writer's craft, that the atmosphere of the book has stayed with me long after reading it, with the added poignancy of knowing that this was the author's last book - though she was not aware of her serious illness when she wrote it.
The story is narrated by Lizzie in past tense, which changes to the present tense towards the end when events become immediate and dangerous. Lizzie learns much about herself and her passions despite her family warning her about her darkly dominating husband, Diner, a determined property developer. The background of political activism and its abysmal effects on the property market highlight the tensions and secrets surrounding Diner's first marriage and Lizzie's increasingly precarious situation. There is much here about loss, what is left behind, but also new life, its precariousness and will to survive. Written with Helen Dunmore's exquisite gift for detail, touch and texture, a legacy she leaves throughout her writing.
Read more
28 people found this helpful
Report abuse

millhall
4.0 out of 5 stars Death on a personal and National level.
Reviewed in the United Kingdom on 25 August 2017
Verified Purchase
I consider Helen Dunmore to be one of our very best 21st century authors. Her use of English is delightful and the variety of books and poetry she has written is quite remarkable. In "birdcage walk" her canvas is broad and ranges form the horrors of the French Revolution, to the physical and mental pains of childbirth to coping with a loveless marriage. Her portrait of the French Revolution is brutal and has none of the romance to be found in a "Tale of two cities" or "Les miserables".This is bloody carnage depicted in the raw, and yet she introduces characters who discuss the philosophical implications of freedom, from a safe distance. I have seldom, if ever, read a more dramatic account of a difficult childbirth. The entire story - set in a speculative building site above the Bristol gorge -slowly reveals the truth of a loveless marriage, and the final chapters are tense and melodramatic. In the postscript to the novel, the author explains that she wrote the book not knowing of her own terminal illness, to which she has so sadly succumbed. Remarkably, death is a major component of each strand in the book, and one cannot help but wonder whether Helen Dunmore had some insight into her own condition and was forced to reflect on her own ending.
Her premature death has deprived us of a great writer, but this novel is a fine example of her literary qualities.
Read more
16 people found this helpful
Report abuse

The Bath Book Worm
5.0 out of 5 stars Read this book - wonderful
Reviewed in the United Kingdom on 15 June 2017
Verified Purchase
Atmospheric, beautifully written, with a great plot and really well researched. A book to read again and again. Far better than many award-winning flashy novels in recent years. This deserves more attention. It has an impact that resonates for days.
Read more
16 people found this helpful
Report abuse

Nene Ray
2.0 out of 5 stars Not for me
Reviewed in the United Kingdom on 8 October 2018
Verified Purchase
I did not enjoy this book. For me it was dull and in some parts disappointing. At the start the dog walker found the grave stone and searched for further information and understanding of why it was there. I thought this was a good opening. Then as it was not mentioned again so it was totally pointless. One or two parts were far too drawn out especially the child birth description. There were no surprises and I was very glad to finish it. I am aware that other readers have enjoyed it but it was not for me.
Read more
11 people found this helpful
Report abuse
See all reviews
Back to top
Get to Know Us
Make Money with Us
Let Us Help You
And don't forget:
© 1996-2021, Amazon.com, Inc. or its affiliates