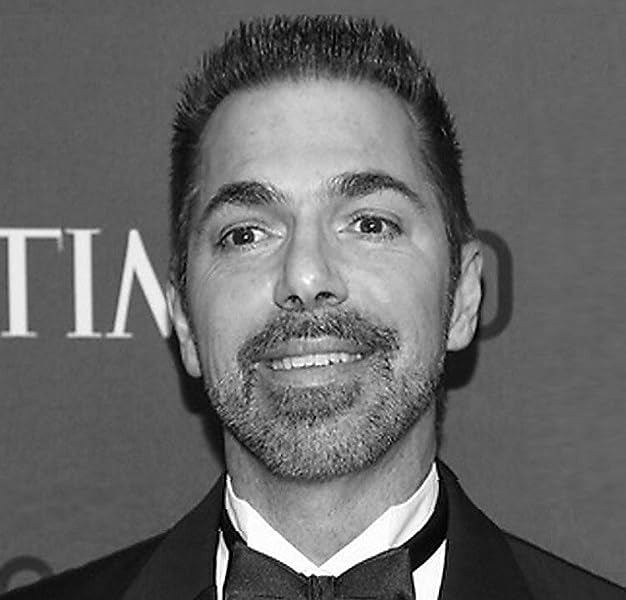 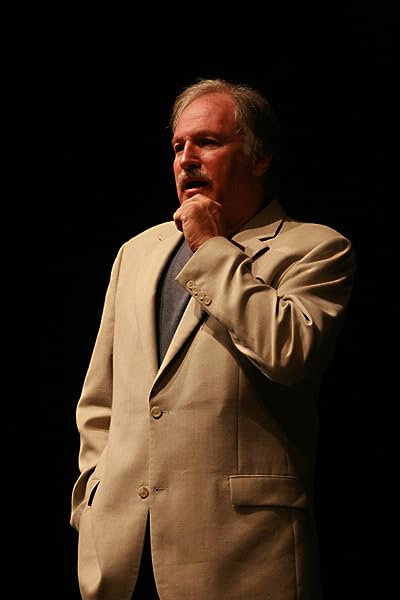 Biocentrism: How Life and Consciousness Are the Keys to Understanding the True Nature of the Universe Paperback – 18 May 2010

by Robert Lanza (Author), Bob Berman (Author)
4.4 out of 5 stars 1,687 ratings
See all formats and editions
Sorry, there was a problem loading this page. Try again.
Read more Read less

Page 1 of 1 Start overPage 1 of 1
Previous page
Next page
Start reading Biocentrism on your Kindle in under a minute.

Robert Lanza
"Robert Lanza was taken under the wing of scientific giants such as psychologist B.F. Skinner, immunologist Jonas Salk, and heart transplant pioneer Christiaan Barnard. His mentors described him as a 'genius, ' a 'renegade thinker, ' even likening him to Einstein himself." --US News & World Report cover story Robert Lanza has been exploring the frontiers of science for more than four decades, and is considered one of the leading scientists in the world. He is currently Chief Scientific Officer at Advanced Cell Technology, and Adjunct Professor at Wake Forest University School of Medicine. He has several hundred publications and inventions, and 20 scientific books, among them, Principles of Tissue Engineering, which is recognized as the definitive reference in the field. Others include One World: The Health & Survival of the Human Species in the 21st Century (with a foreword by President Jimmy Carter), and the Handbook of Stem Cells and Essentials of Stem Cell Biology, which are considered the definitive references in stem cell research. Dr. Lanza received his B.A. and M.D. degrees from the University of Pennsylvania, where he was both a University Scholar and Benjamin Franklin Scholar. He was also a Fulbright Scholar, and was part of the team that cloned the world's first human embryo, as well as the first to clone an endangered species, to demonstrate that nuclear transfer could reverse the aging process, and to generate stem cells using a method that does not require the destruction of human embryos. Dr. Lanza was awarded the 2005 Rave Award for Medicine by Wired magazine, and received the 2006 "All Star" Award for Biotechnology by Mass High Tech. Dr. Lanza and his research have been featured in almost every media outlet in the world, including all the major television networks, CNN, Time, Newsweek, People magazine, as well as the front pages of the New York Times, Wall Street Journal, Washington Post, Los Angeles Times, and USA Today, among others. Lanza has worked with some of the greatest thinkers of our time, including Nobel Laureates Gerald Edelman and Rodney Porter. Lanza worked closely with B.F. Skinner at Harvard University. Lanza and Skinner (the "Father of Modern Behaviorism") published a number of scientific papers together. He has also worked with Jonas Salk (discoverer of the polio vaccine) and heart transplant pioneer Christiaan Barnard. Bob Berman
"this is a fascinating guy" --David Letterman "fasten your seatbelts and hold on tight" --Astronomy magazine Bob Berman is the most widely read astronomer in the world. Author of more than one thousand published articles, in publications such as Discover and Astronomy magazine, where he is a monthly columnist, he is also astronomy editor of The Old Farmer's Almanac and the author of four books. He is adjunct professor of astronomy at Marymount College, and writes and produces a weekly show on Northeast Public Radio, aired during NPR's Weekend Edition.

4.4 out of 5 stars
4.4 out of 5
1,687 global ratings
How are ratings calculated?
To calculate the overall star rating and percentage breakdown by star, we don’t use a simple average. Instead, our system considers things like how recent a review is and if the reviewer bought the item on Amazon. It also analyses reviews to verify trustworthiness.

Maarten
2.0 out of 5 stars Yeah its cute but...
Reviewed in Australia on 17 December 2018
Verified Purchase
The book was riddled with common logical fallacies and hard to get through without facepalming. The idea is nice, but really it reads more like a coping mechanism of the author rather than a serious alternative explanation of reality
Read more
Helpful
Report abuse

B DE JONG
5.0 out of 5 stars Revolutionary
Reviewed in Australia on 28 February 2021
Verified Purchase
A brilliant book that turns life as we know it on its head.
Read this if you want to know the meaning of life.

Alex
4.0 out of 5 stars Thought provoking and fascinating.
Reviewed in Australia on 18 June 2014
Verified Purchase
Manages to deal with complex subject matter in an easy to understand manner. Fascinating & mind boggling - I definitely recommend it!
Read more
Helpful
Report abuse

GRAHAM COTTER
4.0 out of 5 stars Biocentrism
Reviewed in Australia on 17 June 2014
Verified Purchase
A fresh new way of looking at life, and finding answers to questions that have been asked for so long!
Well worth the money!

Mark A. Hodgson
3.0 out of 5 stars Fascinating but too much warped reasoning - for me anyway!
Reviewed in the United Kingdom on 25 April 2019
Verified Purchase
I initially bought this book because I was looking for a study on “consciousness” specifically. Whilst I enjoyed it, I find some of the central tenets somewhat confused. Much of it tends towards solipsism- as I understand that field anyway. There are also some rather unwarranted conclusions jumped to - especially for a work of science. For example he talks about the Big Bang as being a description of the universe having a birth which therefore means it will have an end. Why? That does not necessarily follow in strict reasoning. Also the tenet that observation
‘Creates’ the world or objects being observed seems to me like wanting to have your cake and eat it. Sure the experience of the universe only happens in the brain (for arguments sake, although why only in the brain?) - viz the tree falling in the forest actually makes no sound - it’s the sense organ of a conscious being that creates the sound but interpreting the vibrations. But there must be something there creating the vibrations in the case of sound or reflections in the case of the moon being observed for the sense organ to pick it up. The text seems to ride rough shod over cause and effect. If I create the moon by observing it - what are all the other people in the world seeing? Or am I the only person in the world? Fascinating book but far too many holes in the train of logic for me.

MB
3.0 out of 5 stars Interesting - but deeply flawed
Reviewed in the United Kingdom on 16 June 2021
Verified Purchase
An interesting read, but it contains nothing new. It addresses questions that I suspect most human beings have thought of at one time or another. It is interesting in so far as it presents someone’s opinion as a comparison to one’s own. Therein lies a potential problem, however. So far as I could ascertain, Lanza appears to make no distinction between fact and his own opinion. Indeed, in reading the book I developed the feeling that in Lanza’s world there may be only two types of opinions; his own opinions and the wrong opinions.
It is unfortunate that Lanza appears to take the line that physicists are not the folk to further knowledge in any way whatsoever in the area of consciousness. Yet he fails to say how he would further such knowledge or how he thinks it may be furthered. If the autobiographical sections were removed from this book, the remainder might read somewhat like the introduction to a proposal for work but with no consideration of the work that is required and/or how it may be approached. It does not address the issue of its own subheading “How Life and Consciousness are the Keys to Understanding the True Nature of the Universe”.
The warning is there before the book is opened. Lanza adds ‘MD’ after his name on the cover. Most authoritative works for popular consumption are not graced with the author’s graffiti on the cover. Respect for opinions need to be earned not demanded.
Despite the various issues outlined above, the work was interesting in so far as the subject matter gels with some other lines of interest that I am pursuing currently. I will therefore persevere and take a look at some of Lanza’s more recent work. There is indeed one glimmer of hope in the book. Lanza insists that physics is not the way to progress the understanding of consciousness. He seems to find it necessary to criticise not only ‘physics’ generally but also physicists. His aim appears to be to promote the idea that biology should take over from the point that physics has reached (This is arguably similar to events at the start of the twentieth century when physics took over from chemistry as the leading area of advancement). Then, at the very end, he concedes “It may take a multidisciplinary approach to achieve tangible results…”. Indeed, I could not agree more. However, this book does nothing to move towards that. It appears to try to drive wedges between the sciences and offers absolutely no suggestion as to how his “biocentrism” or the presumably larger field of “biology” can or will (given appropriate research) assist in the aim of understanding consciousness. It may be that it will need scientists more willing to build on what exists, rather than criticising it, to make progress.

Cate
5.0 out of 5 stars A transfixing reading experience
Reviewed in the United Kingdom on 13 October 2019
Verified Purchase
When you are prepared to read this book, it will bring you spiritual relief. Intellectually, you will appreciate the conclusions reached by such a brilliant polymath, because he's reached them with humility and care in his reasoning.
Read more
2 people found this helpful
Report abuse

Dr S F Switala
5.0 out of 5 stars One of the most inspiring books I have read in ...
Reviewed in the United Kingdom on 23 February 2015
Verified Purchase
One of the most inspiring books I have read in a long time. Consciousness is usually dismissed by many physicists and some psychologists, and all life is reduced to mindless molecules randomly interacting. Robert Lanza and Bob Berman carefully show that this approach misses out on fundamental findings that are conveniently ignored. The case they make for consciousness being primary rather than matter producing consciousness as an emergent property is stunning and persuasive.
Read more
9 people found this helpful
Report abuse
See all reviews
Back to top
Get to Know Us
Make Money with Us
Let Us Help You
And don't forget:
© 1996-2021, Amazon.com, Inc. or its affiliates