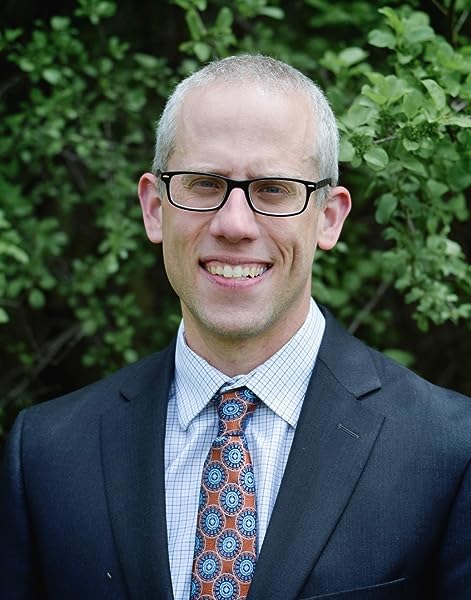 The Biggest Story: How the Snake Crusher Brings Us Back to the Garden Hardcover – Illustrated, 31 August 2015

by Kevin DeYoung (Author), Don Clark (Illustrator)
4.8 out of 5 stars 850 ratings
See all formats and editions
Sorry, there was a problem loading this page. Try again.

Kevin DeYoung (MDiv, Gordon-Conwell Theological Seminary) is senior pastor at University Reformed Church in East Lansing, Michigan. He blogs at the Gospel Coalition and has authored or coauthored numerous well-known books such as Just Do Something, The Hole in Our Holiness, Taking God At His Word, and What Does the Bible Really Teach about Homosexuality?, as well as the award-winning books Why We’re Not Emergent, Why We Love the Church (with Ted Kluck), and Crazy Busy.

Don Clark is an artist and the cofounder of Invisible Creature, a widely respected and award-winning design studio based in Seattle, Washington. Invisible Creature was formed in early 2006 with his brother Ryan.

He has worked with clients such as Target, LEGO, WIRED magazine, Nike, Adobe, XBox, The New York Times, and more. Invisible Creature also designs and curates their own line of products for both children and adults. Their products can be found in stores such as Barneys New York, Walker Art Center, Nordstrom, San Francisco Museum of Art, Super7, Whole Foods, and more.

Don's love for mid-century design and illustration lays the groundwork for Invisible Creature’s aesthetic, although his range reaches far beyond any one, specific style.

He lives with his wife and their 3 children on a ranch 30 minutes southeast of Seattle.

Kevin DeYoung (PhD, University of Leicester) is the senior pastor at Christ Covenant Church in Matthews, North Carolina, and associate professor of systematic theology at Reformed Theological Seminary, Charlotte. He has written books for children, adults, and academics, including Just Do Something; Crazy Busy; and The Biggest Story. Kevin and his wife, Trisha, have nine children.

Don Clark is an artist and cofounder of Invisible Creature, a widely respected and award-winning design studio based in Seattle, Washington. He has worked with clients such as Target, Pixar, NASA, The New York Times, LEGO, and Apple. Don and his wife, Erika, have three children and live on a small farm just outside Seattle.

Kevin DeYoung is the senior pastor at Christ Covenant Church in Matthews, North Carolina. He serves as a council member at The Gospel Coalition and blogs on TGC's DeYoung, Restless and Reformed. Kevin is Associate Professor of Systematic Theology at Reformed Theological Seminary (Charlotte) and received a Ph.D. in history from the University of Leicester (UK). He has authored several books, including Just Do Something, The Hole in Our Holiness, Crazy Busy, Taking God at His Word, and The Biggest Story. Kevin and his wife, Trisha, have nine children.

4.8 out of 5 stars
4.8 out of 5
850 global ratings
How are ratings calculated?
To calculate the overall star rating and percentage breakdown by star, we don’t use a simple average. Instead, our system considers things like how recent a review is and if the reviewer bought the item on Amazon. It also analyses reviews to verify trustworthiness.

Flying Scotsman
5.0 out of 5 stars The Best Children's Bible so far...
Reviewed in the United Kingdom on 27 November 2015
Verified Purchase
Best written children's Bible yet...the author's biblical accuracy, warmth, and turn of phrase are absolutely delightful. The illustrations are good too, and my four year old son loves it - whenever we finish it, we just start again.

The only thing I wish, was that it was twice as long! But for that we have The Big Picture Story Bible which is almost as brilliant. Keep writing children's books Kevin DeYoung, your gift from God is precious!
Read more
5 people found this helpful
Report abuse

Jemi
4.0 out of 5 stars Lovely
Reviewed in the United Kingdom on 5 June 2016
Verified Purchase
We enjoy just looking at this book. It inspires creativity. It is a good addition to story book Bibles etc. It doesn't quite go far and deep enough but I'm still glad we own it.
Read more
One person found this helpful
Report abuse

soli
3.0 out of 5 stars Good retelling of the fall and redemption
Reviewed in the United Kingdom on 15 July 2018
Verified Purchase
I bought this for my children to listen to as they fall asleep and although it is a good basic retelling of the bible there are parts that sound quite creepy and eerie so unfortunately they don’t like listening to it as they are going to sleep.
Read more
Report abuse

G Beardwood
4.0 out of 5 stars Four Stars
Reviewed in the United Kingdom on 4 April 2017
Verified Purchase
A little slow with delivery but item fine as described.
Read more
Report abuse
See all reviews
Back to top
Get to Know Us
Make Money with Us
Let Us Help You
And don't forget:
© 1996-2021, Amazon.com, Inc. or its affiliates