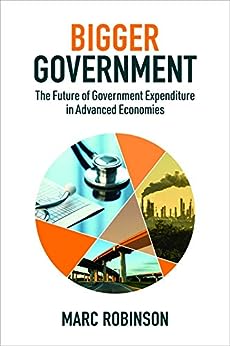 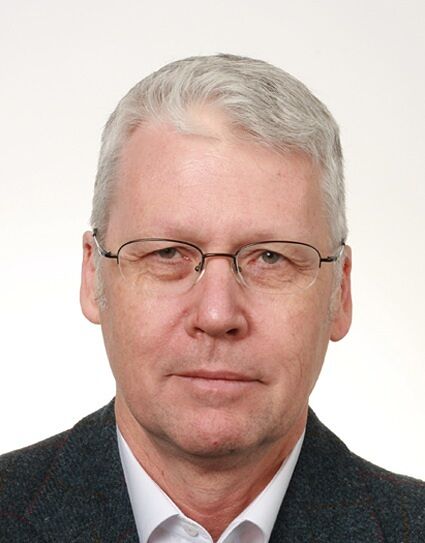 "This deeply-researched and brilliantly-argued book is an honest, clear-minded assessment of the fiscal future that awaits advanced countries in response to changes in healthcare, income support, infrastructure deficits and other powerful drivers of public spending. Robinson's mastery of program details and socioeconomic trends makes this study essential reading for national leaders and public finance specialists."

"This book by an internationally renowned expert in public expenditure management provides a compelling analysis of major recent and future drivers of government spendign in advanced economies...The book is a wake-up call for policymakers, who need to think early and proactively how to contain and finance these escalating costs. It offers a number of suggestions, but also calls for more reflection and analysis on the very difficult policy trade-offs that these trends pose. In my view, a must-read!"

"This book represents a path-breaking original contribution to our understanding of the future of public finances in advanced economies. It challenges traditional dogmas on drivers of public spending and instead suggests that irrespective of political leaning of governments, advancements in healthcare technology, delayed actions on climate change and long-term care will drive public spending through the roof in coming decades in advanced countries. This book is a wake-up call for policymakers to take action now on emerging challenges or face the wrath of electorates in justifying higher taxes in future. It is a must-read book for policymakers, practitioners, scholars and students."

- Barry Anderson, former US Assistant Director for Budget and Acting Director of the Congressional Budget Office.

"Budgeting is often understood as a result of political strategies and struggles in the political arena, structured by budgeting techniques and frameworks. But when democratic representation works well, public budgets are in the long run determined by basic societal trends and citizens' needs. Marc Robinson's book invites us to take a journey to explore these fundamental trends. With a very pragmatic approach he takes stock of numerous theories and research on different areas of public spending and gives us a broad-based and lively insight into what the future might hold."

Marc Robinson is an internationally-recognized expert on government finances. As a consultant, he has advised more than thirty countries, on all continents and at all stages of development, on budgeting reforms. He has also been a senior civil servant, a professor of economics, and a staff economist at the International Monetary Fund. Dr. Robinson has published in excess of 30 books, monographs and articles on government budgeting issues. He has frequently participated as an invited speaker at conferences and symposiums held by international organizations (including the OECD, European Union, APEC and NATO) and national ministries of finance. He is a member of the OECD Advisory Panel on Budgeting and Public Expenditures. Resident in Switzerland, he is a Swiss and Australian dual national. His website is www.pfmresults.com. --This text refers to the hardcover edition.

Dr Geoff Windon
5.0 out of 5 stars A cogent, empirically grounded account of the future of government in advanced economies.
Reviewed in Australia on 20 July 2020
In the midst of historic social and economic upheavals only partly caused by the pandemic, this book could not be more timely. It provides a rigorous empirical framework, and so what should be a common, agreed language, within which meaningful reforms can be thrashed out irrespective of partisan persuasions. Some of the conclusions with regard to the future roles of government may be unpalatable to all sides of the debates to come, but if policy proposals hope to engage with economic realities rather than wishful thinking,it would be difficult to find a better starting point than here.

Robinson’s argument manages to be both accessible to the interested general reader and convincing to specialists. Theoretical issues are treated with admirable clarity, while the range of relevant data across the major developed economies is impressive. Happily, humbug is given short shrift.

This book provides an outline of what will surely be a roadmap for all of our futures in advanced economies. With regard to policy formulation, it is probably the most far-reaching economic study that I have read in a long time.
Read more
Helpful
Report abuse
See all reviews

Kristen Evelyn Rossi
5.0 out of 5 stars Highly recommend
Reviewed in the United Kingdom on 10 November 2020
Verified Purchase
Addressing socially relevant topics including, healthcare expenditure, the impact of an ageing population, the cost of global warming, income support, corporate taxes....this book dissects major subjects that will impact the spending of governments in advanced economies over the next several decades.

The author's clear, thorough, and methodical approach meant that even for a layperson like me I was able to comfortably digest quite complex subject matters. I highly recommend this book for anyone interested in the future of public spending in advanced economies, especially students of business, politics, and economics.
Read more
2 people found this helpful
Report abuse

Amazon Customer
5.0 out of 5 stars Terrific Analysis
Reviewed in Canada on 22 October 2020
Verified Purchase
I highly recommend "Bigger Government" by Marc Robinson to anyone interested in the future of public finance. He provides a fascinating analysis of government expenditure trends in OECD countries, lays out compelling reasons why we should expect higher rates of expenditure, and offers a realistic assessment of the limits of efficiency savings and spending reviews absent major policy changes in the years ahead. It's an impressive piece of analysis, presented in an accessible and easily readable format. It should be foundational starting point to restore sustainability to government expenditures.
Brian Pagan, former Assistant Secretary, Expenditure Management, Treasury Board Secretariat of Canada
Read more

5.0 out of 5 stars Terrific Analysis
Reviewed in Canada on 22 October 2020
I highly recommend "Bigger Government" by Marc Robinson to anyone interested in the future of public finance. He provides a fascinating analysis of government expenditure trends in OECD countries, lays out compelling reasons why we should expect higher rates of expenditure, and offers a realistic assessment of the limits of efficiency savings and spending reviews absent major policy changes in the years ahead. It's an impressive piece of analysis, presented in an accessible and easily readable format. It should be foundational starting point to restore sustainability to government expenditures.
Brian Pagan, former Assistant Secretary, Expenditure Management, Treasury Board Secretariat of Canada

Amazon Customer
5.0 out of 5 stars Highly recommended
Reviewed in the United States on 22 December 2020
Verified Purchase
Marc Robinson's convincingly argued analysis of the issues likely to have the biggest influence on future government spending is well timed, especially given the pandemic and, in Australia at least, the impact of climate change. This is a big topic, and the book is well worth reading for that reason alone. I would add two additional reasons why I found the book worthwhile. First, its not ideological and therefore avoids the polemics sometimes encountered in these discussions. Instead, it focuses on what is likely to happen within the broader OECD region, and relies on facts and trends rather than insistence about what should happen based on ideals, however well intentioned those might be. Second, I found the book's style made it easy to read. Marc Robinson is clearly an expert in his field, but he takes care to explain his arguments clearly. A reader with no background in economics should have no difficulty reading and appreciating this book.
Read more
Report abuse
See all reviews
Back to top
Get to Know Us
Make Money with Us
Let Us Help You
And don't forget:
© 1996-2021, Amazon.com, Inc. or its affiliates