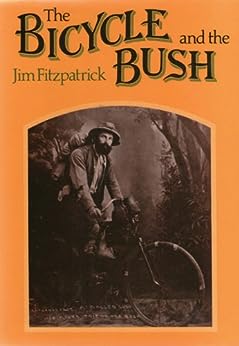 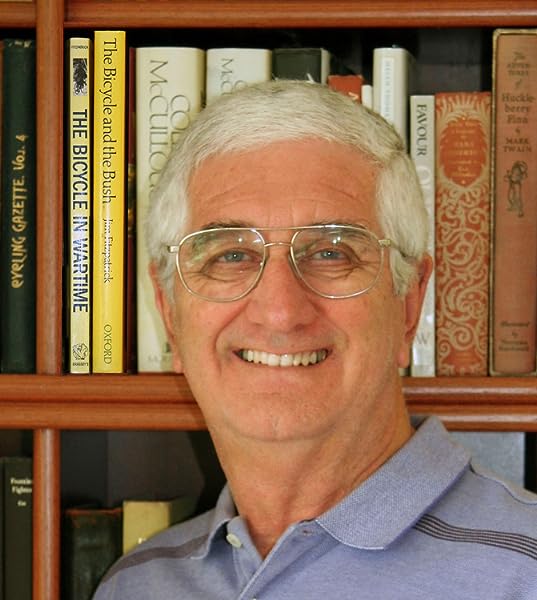 The Bicycle and the Bush: Man and Machine in Rural Australia Kindle Edition

by Jim Fitzpatrick (Author) Format: Kindle Edition
See all formats and editions
Sorry, there was a problem loading this page. Try again.
The Bicycle and the Bush looks at the bicycle’s use in rural Australia from 1890-1920. It is one of the most unusual, innovative explorations ever undertaken into the role of a transport device and its relationship with a society and its environment. This book surveys the machine's introduction, manufacturing, sales and distribution in Australia, and its broader social impact upon urban society, women, the Australian language, and racing, among other things.
Australia is the size of the continental United States. In 1890, beyond the few inland towns of note, it was mostly the province of sparsely distributed agriculturalists, pastoralists, miners, and keepers of isolated telegraph stations and government outposts. There was a need for travel between the widely spaced settlements and isolated homesteads, and the distances travelled were large by world standards; in few other countries did people move so far as part of their regular work routines.
The machine's use ranged from rabbit fence patrols and telegraph line repairmen, to nearly all shearers being mounted on them for nearly 2 decades. On the Western Australian goldfields, in particular (an area the size of Arizona, New Mexico, Colorado and Utah combined), the remoteness of early settlements led to the most unusual and extensive network of bicycle paths in the world at that time, based upon camel tracks used to supply mining settlements.
Read more
Previous page
Next page

Jim Fitzpatrick grew up in southern California, where he graduated from UCLA. After serving with the Peace Corps in El Salvador, he moved to Australia, where he has spent most of his adult life and professional career. He earned a PhD in Human Sciences at the Australian National University.

Jim is the author of several books and numerous articles and reports on history, education, urban planning, health, and cycling. The Australian Logie Award-winning film, ‘Tracks of Glory’, was based on his book, Major Taylor in Australia.

He has served as Executive Administrator of the Australian Spinal Research Foundation; Project Director for a National Library of Australia Oral History program; Director of Major Gifts for the Salvation Army; Research Officer with the Education Department of Western Australia; and has taught in the Universities of Natal, Western Australia, and New England.

Owen Ronalds
5.0 out of 5 stars My absolute favourite Bicycle book!
Reviewed in Australia on 16 December 2015
Jim Fitzpatrick has gathered together an interesting and very readable history of the bicycle along with an extensive number of photographs and stories about the use of bicycles in Australia. His focus is especially on a forgotton period for bicycles in a lot of popular history. That is, after the penny farthing and before motor cars when bicycles were a revolution in speedy personal transport. It is about Australia but I am sure other countries share some similarities. I reccommend it to anyone who likes cycling.
Read more
Helpful
Report abuse
See all reviews

BLMac
5.0 out of 5 stars the best bike history I have read
Reviewed in the United Kingdom on 25 December 2013
Verified Purchase
Full of long lost detail. Amazing but now forgotten history.

Every keen cyclist should have a copy. Also full of great pictures of a time when the commonplace is what would be an adventure today.
Read more
Report abuse

Kent Peterson
5.0 out of 5 stars A Virtual Time Maching
Reviewed in the United States on 23 May 2012
Verified Purchase
In an earlier time, I doubt I would have run across a copy of Jim Fitzpatrick's wonderful book The Bicycle and the Bush: Man and Machine in Rural Australia. I doubt that a publisher would print a large number of copies of a book in so special a niche so I count myself thankful for today's digital age where the World Wide Web, Twitter and Amazon have made searching into clicking and this book into bytes. Those technologies have conspired to deliver Fitzpatrick's careful study to my eager eyes and this book is a treat.

Fitzpatrick spent years researching this book, which looks at the bicycle's use in Australia from about 1890 through 1920. While the book focuses mainly on rural Australia, Fitzpatrick puts the bicycle in its global context and I found myself learning much about bicycling in England and America as well. This is fundamentally a book about technology and how it shapes, alters and integrates into people's lives. Sheep shearers, gold miners, fence runners, clergy and others are all profiled, as are some of the famous racers of the day. Conflicts that we still see to this day, things like bike vs. horse use on the trails and debates of what constitutes proper riding position and attire are traced to their early roots.

I found myself highlighting nearly a hundred passages in this virtual book, subjecting my Twitter followers to a stream of "hey did you know?" updates from my Kindle at odd hours while I stayed up devouring this fascinating document. And the pictures that Fitzpatrick found in old magazines and journals are terrific.

Fitzpatrick's book isn't perfect. At one point he breaks out of the time period of the bulk of the book to discuss a modern day human powered strawberry picker. I actually found this bit of the book fascinating, but it did seem out of place.

Near the close of his book Fitzpatrick laments that many modern bikes have lost the versatility (thing like wide tyres and comfortable upright riding positions) that made the bicycle such a valuable tool in harsh conditions. I think Fitzpatrick would be encouraged by the current existence of companies like Rivendell and things like the rediscovery of the usefulness of frame bags by the current generation of bikepackers.

In The Bicycle and the Bush: Man and Machine in Rural Australia Jim Fitzpatrick has done more than write a great book. He's basically built a time machine to transport the reader back to an earlier age. And that is something nearly as wonderful as the bicycle itself.
Read more
One person found this helpful
Report abuse

Voltman
5.0 out of 5 stars Insightful Work
Reviewed in the United States on 30 September 2013
Verified Purchase
Jim Fitzpatrick puts forth a great deal of research in this work. It paints an interesting picture of life in a different era, and how the bicycle fit into the lives of individuals in a time that was changing with technology. This book is a great piece on the socio-economics of the bicycle and its historical impact on Australia. It is great for readers interested in a historical look at bicycles or the impact machines have on changing societies.
Read more
Report abuse

Troy Parsons
4.0 out of 5 stars Very illuminating
Reviewed in the United States on 15 May 2014
Verified Purchase
Quite enjoyed this. I was expecting it to be a little dry, but far from it. I really enjoyed about some of the epic tours done by early cyclists - imagine riding Fremantle to Rockhampton on a single speed bike across the bush! Also very illuminating learning how formative cycling really was in such car-choked countries like Australia. Excellent pictures.
Read more
Report abuse

Kindle customer Draw4th
5.0 out of 5 stars Good book for someone who can't get enough about bicycles.
Reviewed in the United States on 12 December 2014
Verified Purchase
Well written and informative. Jim Fitzpatrick holds many pieces to the puzzle of biking history. An impressive amount of research went into these pages. He has a keen insight on bicycles and the role they played in shaping the social and economics of common folks. Bravo Jim.
Read more
Report abuse
See all reviews
Back to top
Get to Know Us
Make Money with Us
Let Us Help You
And don't forget:
© 1996-2022, Amazon.com, Inc. or its affiliates