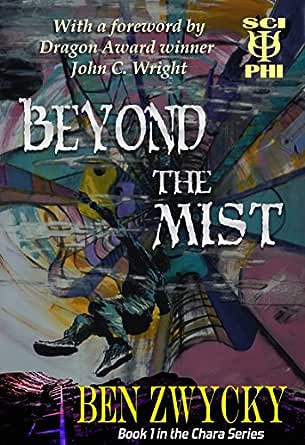 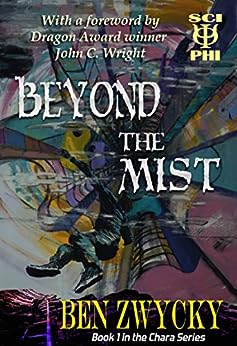 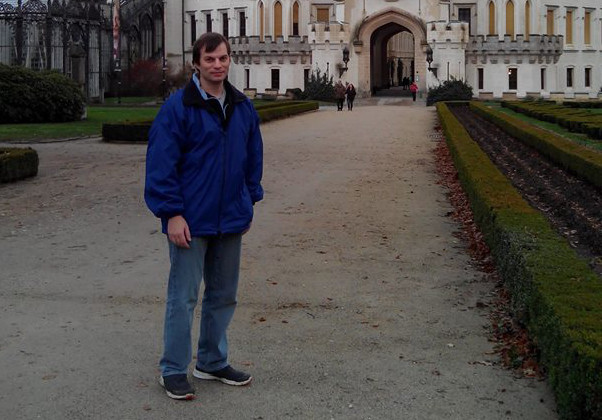 Beyond the Mist (The Chara Series Book 1) Kindle Edition

Ben Zwycky is an English ex-pat now living in the Czech Republic. Before, during and after obtaining a master's degree in chemical engineering, he worked as a hospital porter, research assistant, cleaner and server in a Salvation Army community centre, EFL teacher and currently works as a freelance proofreader and translator together with his Czech wife, who literally fell into his arms in the year 2000 and with whom he now has five children. Beyond the Mist is his second novel. His debut, Nobility Among Us, is available on Kindle and in Paperback, as is his first poetry collection, Selected Verse - Faith and Family. He is a contributing editor to Sci Phi Journal and a regular contributor to superversiveSF.com. You can find out more about him and his work at www.benzwycky.com.
click to open popover

Brian Niemeier
5.0 out of 5 stars A Worthy Contribution to the Superversive Canon
Reviewed in the United States on 3 December 2016
Verified Purchase
Beyond the Mist (Chara) (Volume 1)
I didn't know what to expect going into Beyond the Mist by superversive author Ben Zwycky, and to my delight, I'm now certain that there's no way I could have known what I was in for.

A man finds himself weightless in a rushing mist. He doesn't know whether he is flying or falling, and he has no memory of anything prior to waking in the fog. Much like the book's protagonist, the reader is immediately cast into an existential mystery on the first page.

Also like the protagonist, I didn't know what to make of the character's initial situation. Was I entering a strange science fiction world so advanced beyond our own as to make the setting itself a puzzle? Had Zwycky crafted a surrealist parable to illustrate the folly of relativism through style and mood? A metaphysical science-fantasy like Philip Jose Farmer's Riverworld?

Since discovering the truth is among the primary joys of reading Beyond the Mist, I won't spoil the answer. I will say that the process of discovery is masterfully handled by Zwycky and immensely satisfying.

It's not a spoiler to point out that Beyond the Mist tackles weighty metaphysical, moral, and ethical questions. Unlike the message fiction that's overtaken mainstream SF of late, this novel explores its themes through character and conflict; not story-interrupting lectures.

While reading, I couldn't help picturing Beyond the Mist as a stylish indie video game in the vein of Journey. If Zwycky has the means and inclination to produce a game based on his novel, I'll be the first in line to play it.

Most importantly of all, Beyond the Mist is fun. It avoids the trap of falling into its own navel that snares so many other cerebral SFF stories. This book remains a compelling adventure novel throughout, with elements of the mystery genre deftly woven in so as to support and advance the main plot.

With Beyond the Mist, Zwycky has made a worthy contribution to the superversive canon that stands poised to succeed the Big Five publishers' morally, intellectually, and creatively exhausted output. If you're one of the many former readers driven away from SF by the thought police, or just looking for a fun and engaging work of speculative fiction that won't insult your intelligence, Beyond the Mist is the perfect introduction to superversive SF.
Read more
2 people found this helpful
Helpful
Sending feedback...
Thank you for your feedback.
Sorry, we failed to record your vote. Please try again
Report abuse

Mike Moody
5.0 out of 5 stars Interesting and Thoughful
Reviewed in the United States on 20 February 2016
Verified Purchase
This is the story of a man's journey to discover who he is or maybe more accurately who he was. The book starts with the hero falling through a seemingly endless mist where he has to make the first in a series of decisions to stay in safety where he is or reach for something else to discover his memories. This isn't an action thriller, but the plot moves along steadily from beginning to end without any pauses in the story, and in any event it isn't a very long book. The world the hero explores and the characters he meets are interesting and thought provoking, as is the main character himself. The only real complaint I can muster is maybe the ending was a bit too pat, but that wasn't enough to take away a star. If you are interested in thoughtful science fiction with philosophical undertones, I think you'll enjoy this book.
Read more
2 people found this helpful
Helpful
Sending feedback...
Thank you for your feedback.
Sorry, we failed to record your vote. Please try again
Report abuse

The central premise/question is as simple as it gets, and the beauty of sci-fi as a genre is that it allows us to address the basics in settings that strip out the distractions and complexities of the real world. At first glance, our nameless protagonists finds himself in a state of perfection. Floating in the mysterious mist requires no effort; there is no pain, no hunger or thirst; the sensation is, in fact, quite pleasant. When his mind rebels and starts asking questions, voices tell him to be content, to enjoy this freedom from want and pain, to be grateful. A single voice, however, offers something different: a way out, into the unknown.

It's not a spoiler to say which path the protagonist would choose; the title of the novel, after all, provides the answer. What would he find "beyond"? Will his worst fears be realized? Will the knowledge he seeks end up destroying him? I won't give away the answers except to say that unlike in most of today's gimmicky setups that leave readers scratching their heads in disappointment, clear and substantial answers are, in fact, found.

The last section of the novel does switch gears and becomes more of a traditional mystery (which, as it happened, was too easy for this Agatha Christie fan to solve). It probably could have been saved for the upcoming sequel, but I also felt that the protagonist, and the reader, having found resolution to the Big Question, should not be left in complete ignorance about all the rest. Thus, more searching, more answers, and while there is a definite setup fro a sequel, the ending is quite satisfying.
Read more
One person found this helpful
Helpful
Sending feedback...
Thank you for your feedback.
Sorry, we failed to record your vote. Please try again
Report abuse

S. Bonaventure
5.0 out of 5 stars Great book! I really loved this
Reviewed in the United States on 23 March 2016
Verified Purchase
Great book! I really loved this. The author created a wonderful, hopeful, compelling story without needing to resort to or abuse excessive violence or sexuality. The story is very beautiful and uplifting, obtained through struggling with real trial and pain.
Read more
One person found this helpful
Helpful
Sending feedback...
Thank you for your feedback.
Sorry, we failed to record your vote. Please try again
Report abuse
Load more international reviews

Jeannine
5.0 out of 5 stars and I enjoyed the way the story unfolded
Reviewed in the United States on 30 March 2016
Verified Purchase
This is a most unusual book with a most unusual premise. The protagonist is falling through a featureless mist. He does not remember who he is or what he is doing there, but he takes a chance to get out of the mist. Something about the atmosphere of the world created in this work of speculative fiction is immensely appealing, and I enjoyed the way the story unfolded.
Read more
Helpful
Sending feedback...
Thank you for your feedback.
Sorry, we failed to record your vote. Please try again
Report abuse

Alfred Genesson
5.0 out of 5 stars An excellent journey of finding self
Reviewed in the United States on 30 March 2016
Verified Purchase
An excellent journey of finding self, creating identity, redemption, justice, and mercy. Enough philosophy to keep the deeper mind engaged, and action to thrill the heart.
Read more
Helpful
Sending feedback...
Thank you for your feedback.
Sorry, we failed to record your vote. Please try again
Report abuse

Codex
4.0 out of 5 stars Cool sci-phi
Reviewed in the United States on 10 January 2017
Verified Purchase
Reminds me why I fell in love with the genre: puzzles, action, alien worlds, revolutionary ideas, and can-do protagonists. Good value.
Read more
One person found this helpful
Helpful
Sending feedback...
Thank you for your feedback.
Sorry, we failed to record your vote. Please try again
Report abuse

K. McElhanon
5.0 out of 5 stars Fun!
Reviewed in the United States on 19 March 2017
Verified Purchase
This is a quick, imaginative read. Really, I have to type 14 more words? Nine ten eleven twelve thirteen fourteen.
Read more
Helpful
Sending feedback...
Thank you for your feedback.
Sorry, we failed to record your vote. Please try again
Report abuse