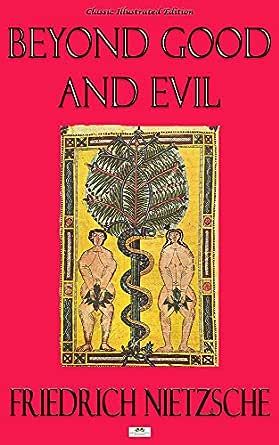 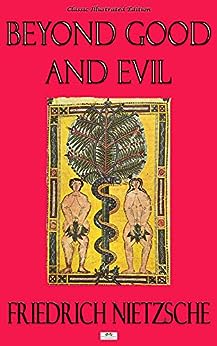 * Beautifully illustrated with atmospheric paintings by renowned artists, Beyond Good and Evil moves into the realm "beyond good and evil" in the sense of leaving behind the traditional morality which Nietzsche subjects to a destructive critique in favour of what he regards as an affirmative approach that fearlessly confronts the perspectival nature of knowledge and the perilous condition of the modern individual.

* Just as accessible and enjoyable for today's readers as it would have been when first published, this is one of the great works of philosophical literature and continues to be widely read throughout the world.

* This meticulous digital edition from Heritage Illustrated Publishing is a faithful reproduction of the original text and is enhanced with images of classic works of art carefully selected by our team of professional editors.

Friedrich Nietzsche was born near Leipzig in 1844. When he was only twenty-four he was appointed to the chair of classical philology at Basel University. Works published in the 1880s include The Gay Science, Thus Spoke Zarathustra, Beyond Good and Evil, On the Genealogy of Morals, Twilight of the Idols and The Antichrist. In January 1889, Nietzsche collapsed on a street in Turin and was subsequently institutionalized, spending the rest of his life in a condition of mental and physical paralysis. Works published after his death in 1900 include Will to Power, based on his notebooks, and Ecce Homo, his autobiography.
click to open popover

J. Weaver
5.0 out of 5 stars The best book by Nietzsche, & best translation
11 June 2003 - Published on Amazon.com
My girlfriend had an old copy of this book, which she had never read, and I borrowed it from her. I found it hard to read until I got used to the style, and then it really flowed. I finished the book and thought "this is dangerous!" I put it down for a few months, and then decided to give it another try. After the second reading I thought "this is beautiful!" I went on to read all of Nietzsche's books and two other translations of "Beyond Good and Evil." I prefer this translation to them all, even more than Kaufmann's.
I find this book to be Nietzsche's finest. It most adequately a concisely distills what I think to be the core of his thought. By starting with this work you will have a better grounding for tackling his other works. Read it slowly, as he suggested.

Read more
23 people found this helpful
Go to Amazon.com to see all 1 reviews 5.0 out of 5 stars
Get FREE delivery with Amazon Prime
Prime members enjoy FREE Delivery and exclusive access to movies, TV shows, music, Kindle e-books, Twitch Prime, and more.
> Get Started
Back to top
Get to Know Us
Make Money with Us
Let Us Help You
And don't forget:
© 1996-2020, Amazon.com, Inc. or its affiliates