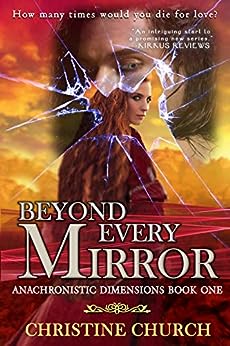 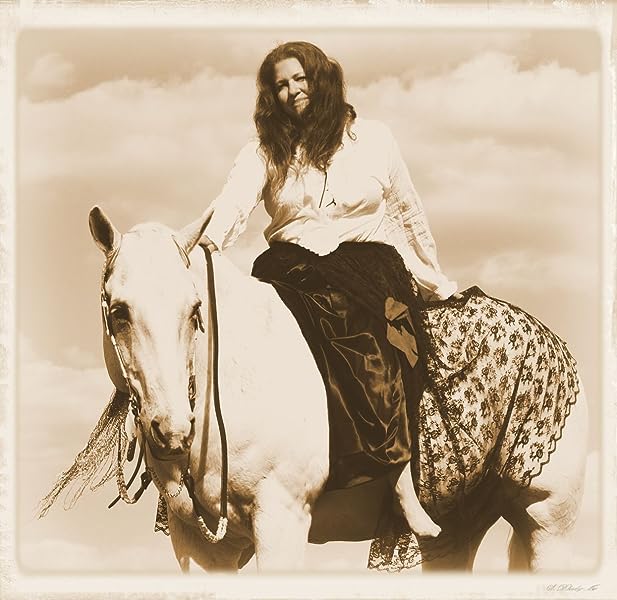 3.8 out of 5 stars
3.8 out of 5
20 global ratings
How are ratings calculated?
To calculate the overall star rating and percentage breakdown by star, we don’t use a simple average. Instead, our system considers things like how recent a review is and if the reviewer bought the item on Amazon. It also analyses reviews to verify trustworthiness.

I was immediately drawn to the characters, not to mention the animals. I have a weakness for unicorns and horses. I am often drawn out of a story by the inaccuracies of some writers, who get aspects of horses and riding wrong - not that it is a huge part of this story, but both 'unicorns' and horses do feature in it. In this case I was pleasantly surprised, but on doing a little research on the author, I found that Christine herself is an experienced horse owner, so that explains why the 'horsey' sections ran true.

Dane and Meriarh are both well drawn characters, quite different from each other, but destined to fall deeply and eternally in love. This is no ordinary love story though. Meriarh and Dane are from different worlds, and in her world, Mikaire. time passes more slowly than in his, and she is doomed to watch him die, slowly and painfully, time after time. Christine Church is adept at world building and I became completely absorbed in the alternative realms she has created, In Mikaire, the inhabitants drink blood, but this is very different from most vampire stories., or indeed anything I have read before, and there is only one evil inhabitant of Mikaire, who is allowed to drink human blood, and that is its creator, Sakkana.

Both characters suffer terribly, Meirah's suffering is mainly emotional, but Dane goes through such real physical torture it is amazing he survives, but his strength of character and his love for Meirah, as well as the supernatural healing in her world help him pull through.

I was sorry when the book ended and would love to read the next in the series if there is one!

I found this book for the most part very well written, with some beautifully descriptive passages although there were a few editing errors here and there, hence four rather than five stars A thoroughly original and engaging story, nonetheless, and one well worth reading if you enjoy fantasy
Read more
Report abuse

ML H.
4.0 out of 5 stars Good escapism
Reviewed in the United Kingdom on 27 March 2017
Verified Purchase
Curled up with this over a wet weekend and enjoyed a day of complete escapism. It had a good story with lots of twist in the plot and a Metaphysical side to it as the story takes us to another dimension. This was my first book by this author and I was glad I came across it. Would not be slow in recommending it to others who enjoy this genre.
Read more
One person found this helpful
Report abuse

Karen E. Proctor
4.0 out of 5 stars Thoroughly enjoyed it.
Reviewed in the United Kingdom on 12 March 2017
Verified Purchase
Finding original fantasy fiction is getting harder to do but Beyond Every Mirror is worthy of the title. It isn’t a blend of genre tropes with a lot of thought given to the world building that underpins the plot and making the characters feel unique. I thought the plot was well developed and evolved without being predictable whilst the ending didn’t leave me feeling short changed. Overall I thoroughly enjoyed it and am hoping for more in the series in the future.
Read more
Report abuse

bookworm
1.0 out of 5 stars You really can judge this book by its (bad) cover
Reviewed in the United Kingdom on 17 January 2017
Verified Purchase
I should have trusted myself. I rarely buy books that have poorly made homemade covers because I think that if a writer doesn't care about that, how much can they care about the book they are writing? I have found some gems though that had terrible covers in the past so I took a chance on this.
I wish I hadn't. I got the feeling throughout that the writer was trying to convince me what a great writer she was rather than tell me a story. It felt like a vanity project. The writing is over-flowery, laborious and it often felt like swimming through treacle. It also needs an editor.
It has the makings of a decent story but I'm afraid that corners have been cut and it shows.
Read more
Report abuse

De
5.0 out of 5 stars A refreshing new Author for my list of "reads"
Reviewed in the United States on 20 March 2019
Verified Purchase
This is a new Author to me with a new series that sounded attractive to me to read.
Its unique combination of the paranormal, love, and the supernatural kept me engaged.
It proved to be a very enjoyable time spent reading an imaginative new series with refreshingly interesting characters .....
I read the whole series and I liked the third book of the series the best.
This is a great series to read complete with everything I look for in the plot and characters of the books I look at to read.
I am looking forward to reading more of Ms. Churchs books in the future.
Read more
One person found this helpful
Report abuse
See all reviews
Back to top
Get to Know Us
Make Money with Us
Let Us Help You
And don't forget:
© 1996-2021, Amazon.com, Inc. or its affiliates