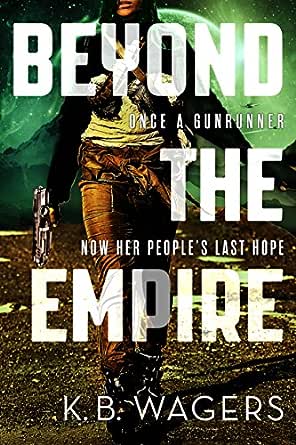 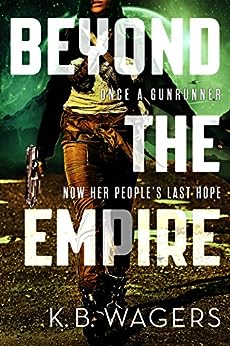 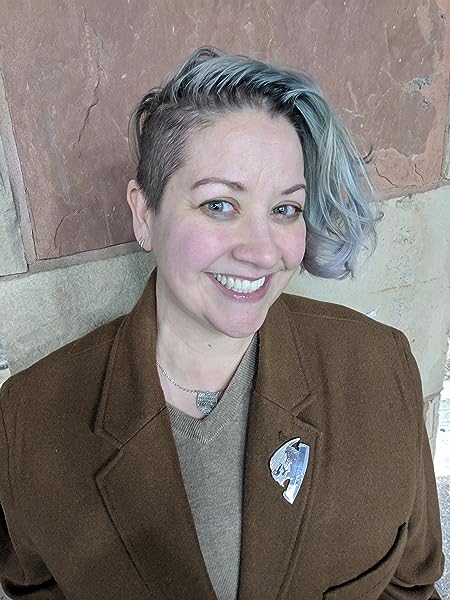 Beyond the Empire: The Indranan War, Book 3 Kindle Edition

Follows in the tradition of Ann Leckie's Ancillary series to produce a fast-paced story of political intrigue and gender issues held together by a tight plot and a cast of sympathetic characters. Behind the Throne is thought-provoking entertainment and great funTaut suspense, strong characterisation and dark, rapid-fire humour are the highlights of this excellent SF adventure debutThis debut ranks among the best political SF novels in yearsBehind the Throne is a politically charged and action-packed story, with a commanding woman at its centre. It's a wonderful start to a promising new sci-fi seriesWagers's exciting second Indranan War space epic keeps roaring, with plenty of action, tension, and constant interplay among the characters --This text refers to an alternate kindle_edition edition.

The action-packed conclusion to the Indranan War space adventure series from author K. B. Wagers - perfect for fans of Star Wars --This text refers to an alternate kindle_edition edition.

"Taut suspense, strong characterization, and dark, rapid-fire humor are the highlights of this excellent SF adventure debut."--Publishers Weekly (starred review) on Behind the Throne

"Promising science-fiction series ... for fans of stories with plenty of action and political maneuvering."--Booklist on Behind the Throne

"This debut ranks among the best political SF novels in years, largely because of the indomitable, prickly Hail ... fast-paced, twisty space opera."--Library Journal (starred review) on Behind the Throne

"'Crown' is fast paced, and its focus on a female action heroine defined by her decisions rather than romance is refreshing and fun."--The Washington Post on After the Crown

"Two books in, this series has exemplified political plotting as compelling as the badass heroine at its center."--B&N Sci-Fi & Fantasy Blog on After the Crown

"Craving a galactic adventure? K.B. Wagers' second Indranan War novel is just the ticket."--Bookish on After the Crown

"This is pitch perfect science fiction that blends action, adventure, political intrigue and more than a little heart."--The Eloquent Page on After the Crown

"Hail is quickly becoming a favorite character... for fans of shows like Firefly and Killjoys there's a lot to love."--Pop Culture Beast on After the Crown

"Full of fast-paced action and brutal palace intrigue, starring the fiercest princess this side of Westeros."--B&N Sci-Fi & Fantasy Blog on Behind the Throne --This text refers to an alternate kindle_edition edition.

K. B. Wagers has a bachelor's degree in Russian Studies and her non-fiction writing has earned her two Air Force Space Command media contest awards. A native of Colorado, she lives at the base of the Rocky Mountains with her husband and son. In between books, she can be found lifting heavy things, running on trails, dancing to music, and scribbling on spare bits of paper. --This text refers to an alternate kindle_edition edition.
Read more