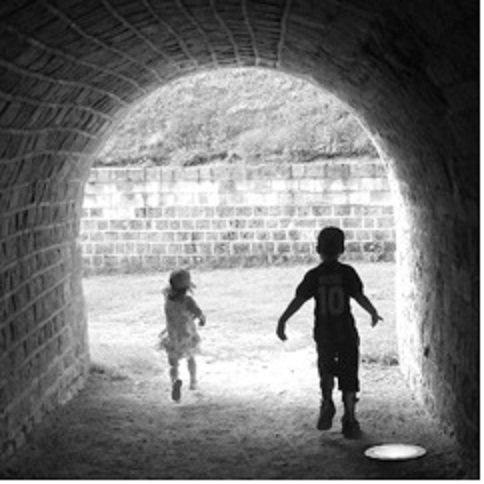 by Rebecca Burns (Author)
4.0 out of 5 stars 5 ratings
See all formats and editions
Sorry, there was a problem loading this page. Try again.

5 out of 5 stars. Beyond the Bay by Rebecca Burns is a novel set in New Zealand at the end of the 19th century at a time when the country was teeming with emigrants seeking the promise of a better life for themselves. Burns’ descriptive language paints a vivid picture of the sights, sounds and smells of a city bursting at the seams. When her sister arrives from England to join her in this new land, Isobel must face the realization that after ten years of disappointment and hardship, Auckland has not provided the life she had portrayed in her letters back home. But time and distance have wrought changes on both of the sisters. Isobel soon discovers that she is not the only one with secrets. When the reality of their situation can no longer be denied, the sisters strike out on their own with the help of an unlikely sponsor, to conquer the untamed wilderness away from the filth and corruption of the city. But leaving everything behind means shedding old beliefs about love, marriage, and family. The sisters must rely on each other to overcome betrayal and heartbreak and take advantage of the opportunities provided by a land where old norms do not apply. But the path they have chosen is filled with uncertainty and danger. They must first bury the secrets of their past in order to embrace the promise of the future. Beyond the Bay is filled with beautiful imagery that brings the wild New Zealand setting alive. The plot is tightly constructed and paced well to bring the reader along with the various storylines. I found the characters compelling and each one is carefully crafted to showcase their unique qualities. I would highly recommend this book to anyone interested in a panoramic story of love, loss, and awakening against a backdrop of historical change. -- International Review of Books

Rebecca Burns is an award-winning writer of short stories, over thirty of which have been published online or in print. Her short story collections-Catching the Barramundi and The Settling Earth-were both longlisted for the prestigious Edge Hill Short Story Award, the UK's only prize for short story collections. The Bishop's Girl, her first novel, was published in September 2016. Artefacts and Other Stories, her third collection of short stories, was published in September 2017. Beyond the Bay is her fifth published work. She was nominated for a Pushcart Prize in 2011, winner of the Fowey Festival of Words and Music Short Story Competition in 2013 (and runner-up in 2014), won the Black Pear Press short story competition in 2014, was shortlisted for the Green Lady Press Short Story Competition in 2015, and was either short or longlisted for the Evesham Festival Short Story Competition, Chipping Norton Competition and the Sunderland Short Story Award in 2016. She has been profiled as part of the University of Leicester's 'Grassroutes Project'-a project that showcases the 50 best transcultural writers in the county.
Start reading Beyond the Bay on your Kindle in under a minute.

Jackie
5.0 out of 5 stars Delightful read
Reviewed in the United Kingdom on 19 June 2020
Verified Purchase
This was well written and a pleasure to read. It was well researched and really took you to another time and place. The author captures the relationship between the two sisters with an authenticity reminiscent of Little Women, and the abusive relationship between Isabella and her husband was sensitively and realistically portrayed. However, the ending was a little abrupt and left many questions unanswered. It is begging for a sequel and I hope this will be coming soon.
Read more
Report abuse

Melissa P.
4.0 out of 5 stars Great read
Reviewed in the United Kingdom on 9 May 2021
Verified Purchase
I really enjoyed this book. I loved the relationship fostered between the sisters, the unique challenges they faced in their lives, the rocky relationship they had with their mother and the pressures that society placed on them. The characters fit well into what one would expect in nineteenth-century Auckland. I would definitely recommend it.
Read more
Report abuse

mrs m prettyjohn
5.0 out of 5 stars Loved it
Reviewed in the United Kingdom on 8 December 2018
Verified Purchase
Loved this book and hope that there might be a sequel planned as it would be great to see how the story unfolds into the future. Beautifully and evocatively written as always.
Read more
Report abuse

jtc
2.0 out of 5 stars Okay but still not the best
Reviewed in the United States on 8 March 2020
Verified Purchase
Interesting read about the early settlers of Auckland and the South Island. This is my second book written by a Kiwi author. It was better than the first book but several things in the story seemed utterly wrong and without ruining the story, I won't list my annoyances.
Read more
Report abuse
See all reviews
Back to top
Get to Know Us
Make Money with Us
Let Us Help You
And don't forget:
© 1996-2021, Amazon.com, Inc. or its affiliates