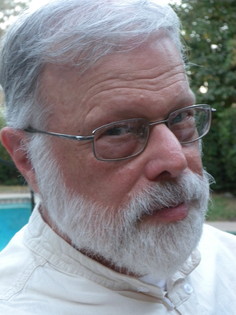 by Mel Gilden (Author)
5.0 out of 5 stars 4 ratings
See all formats and editions
Sorry, there was a problem loading this page. Try again.
Previous page
Next page

Mel Gilden is the author of many children's books, some of which received rave reviews in such places as School Library Journal and Booklist. His multi-part stories for children appeared frequently in the Los Angeles Times. His popular novels and short stories for grown-ups have also received good reviews in the Washington Post and other publications. (See new publications under his name at the Kindle Store of Amazon.com.)

Licensed properties include adaptations of feature films, and of TV shows such as Beverly Hills, 90210; and NASCAR Racers. He has also written books based on video games and has written original stories based in the Star Trek universe. His short stories have appeared in many original and reprint anthologies.

He has written cartoons for TV, has developed new shows, and was assistant story editor for the DIC television production of The Real Ghostbusters. He consulted at Disney and Universal, helping develop theme park attractions. Gilden spent five years as co-host of the science-fiction interview show, Hour-25, on KPFK radio in Los Angeles.

Gilden lectures to school and library groups, and has been known to teach fiction writing. He lives in Los Angeles, California, where the debris meets the sea, and still hopes to be an astronaut when he grows up.

Mr. H. G. Kiernan
5.0 out of 5 stars Beverly Hills 90210
Reviewed in the United Kingdom on 12 April 2014
Verified Purchase
Of course we know well that in the States they speak the same language as us, and the five figure "zipcode" is their postcode, but there is a sharp division in sites in the US between those which might accept a British postcode as equivalent and those which simply cannot accept it for an order of goods. The complicated rules there about import and export are one more thing that divides us from them, but it is interesting always to have the chance to look into their world and how different it is through stories like this one. Perhaps it is our duty to look at grittier studies of the realities of life in America today, but it would be a mistake to overlook a production like this solely on that account, I believe.
Read more
Report abuse

NannyTrutru80901
5.0 out of 5 stars Good
Reviewed in the United States on 14 January 2021
Verified Purchase
Book arrived in decent condition! :)
Read more
Report abuse
See all reviews
Back to top
Get to Know Us
Make Money with Us
Let Us Help You
And don't forget:
© 1996-2021, Amazon.com, Inc. or its affiliates