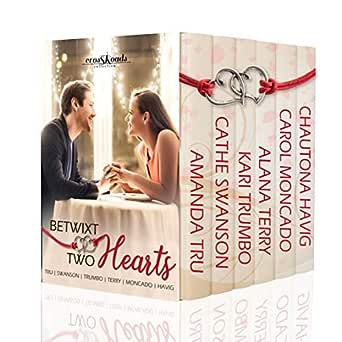 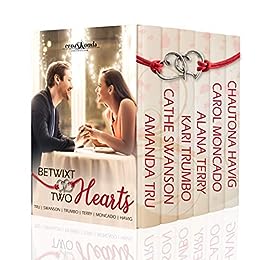 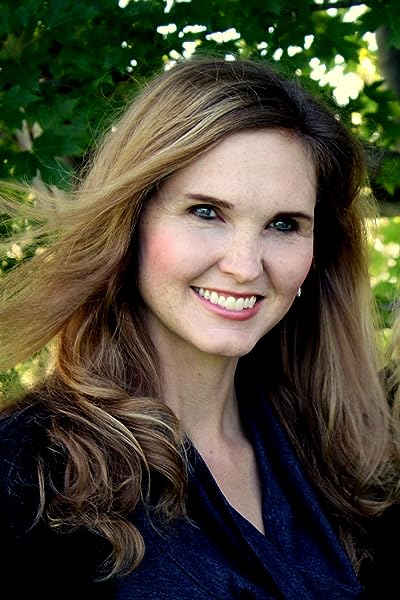 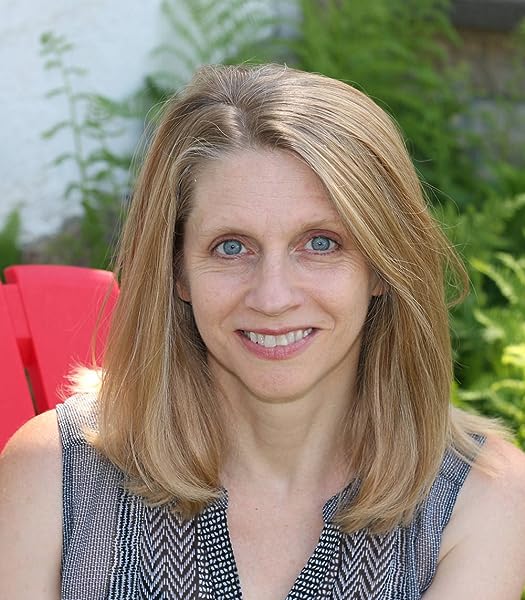 Betwixt Two Hearts by Amanda Tru
With control of their dating website the prize, Bailey and Camden embark on a matchmaking competition that snags on unexpected results. All is fair in a contest of love. May the best matchmaker win.

The Swedehearts Glory Quilt by Cathe Swanson
Eleanor ran away to find herself. David knew exactly where he wanted to go. Could a matchmaking agency put them on the same map?

Whole Latte Love by Kari Trumbo
Misguided Drew thinks all quiet women hide harmful secrets. While pretty, new best friend Addi's soft-spoken nature reminds him too much of past hurts to move their relationship forward. Can a matchmaking agency change his heart?

Seoul Refuge by Alana Terry
Caroline is a new believer, excited and passionate about her faith. Calvin is a Boston police detective, an atheist who can hardly believe Christians have brainwashed his wife. Caroline just wants to follow God. Calvin just wants his wife back.

Guardian of Her Heart by Carol Moncado
Signed up for a dating service by friends and brought together by a stowaway cat, Mark and Casey must decide if they want to overcome their apparent incompatibilities or go their separate ways.

Random Acts of Shyness by Chautona Havig
Heath's sister, Selby, has laid down the law. It’s time to let her take over his love life. After a series of first and only dates, Heath embarks on her new scheme to help him overcome the debilitating nervous habit that has plagued him all his life. However, between dates, each worse than the last, he tries one more time to do things his way… sort of.

Please Note: The Crossroads Collections are sets of stories that are interconnected in some way, but the collections are independent, complete, and can be read in any order.

Cathy Morgan
TOP 500 REVIEWER
5.0 out of 5 stars great collection
7 March 2019
Format: Kindle EditionVerified Purchase
I've read and enjoyed each of these collections in turn, but this one and the first one are my favourites. Each of these is a great book on its own, with the last one being my favourite. The first one ties the rest together beautifully, but I have to admit to getting very annoyed by Bailey far too much of the time. All in all, a great collection of great stories - what's not to like?
Read more
Helpful
Comment Report abuse

Kerralyn
5.0 out of 5 stars Great Collection.
10 February 2019
Format: Kindle EditionVerified Purchase
I love the concept with these Crossroads Collections where several authors combine their stories with a common thread. This one was fantastic with the thread being revealed in the first story.
Read more
Helpful
Comment Report abuse

Shebb
TOP 500 REVIEWER
5.0 out of 5 stars A great set of stories!
17 October 2019
Format: Kindle Edition
A great collection of interconnecting stories. I enjoyed getting a "taste" of some new authors in this compilation set. The stories were fun, the interaction with the characters explosive at times, but the stories ended happily with is all any rarer ever wants. 😊
Read more
Helpful
Comment Report abuse

Makonz
5.0 out of 5 stars A lovely collection of sweet stories
14 June 2019
Format: Kindle Edition
I'm hard put to select a favourite out of this collection, but I like the way the common thread of the dating website ties them all together.
Read more
Helpful
Comment Report abuse
See all 4 customer reviews
Write a customer review

Phyllis - Among the Reads
5.0 out of 5 stars Matchmaking contest?
14 January 2019 - Published on Amazon.com
Format: Kindle EditionVerified Purchase
As with the other Crossroads collections, Amanda Tru has written the story that ties them all together. I have to say that I love the way that the authors work together to tie the stories together, not only with the main storyline of the collection, but also having them fit into their own series and still making it so each one can stand alone. Whew! I'm guessing that is a lot of work!

This story is the one that ties them all together and introduces the matchmaking agency, Betwixt2Hearts.com. I started out not liking Bailey a whole lot. She was a tad selfish and not very nice to Camden at all. At one point, I was going to just skip through the rest of the story and move on to the next. I'm glad I decided to finish it. The funny thing is, when I read the author's notes at the end of that story I found that she didn't really like Bailey at first either. Yet Bailey's story was one of a woman who thought she was a Christian only to find that she didn't really know Jesus. The author did a great job of making the Gospel message clear. And taking a character who is not all that likable and through the redemptive power of the Holy Spirit showed the kind of change that can take place when we give our lives to the Lord.

It is hinted in the introductory story that there is something "off" about Eleanor living in the small town of Minnesota. I enjoyed this story.

This is my favorite of the Alana Terry books I've read. It doesn't fit into the romance category as well as the others and is far more mystery and Christian fiction. The message is powerful and the story very interesting. The tie-in of Betwixt2Hearts.com to this story is not what you would expect (until you read the intro story, of course!)

I mostly think of this author as writing historical fiction. Yet in this contemporary romance she does a fantastic job. I really liked Drew and Addi. Both are a little shy and insecure. It was fun the way they already knew each other before getting matched and I loved watching Addi's transformation as she was able to grow past her fears.

Guardian of Her Heart by Carol Moncado

With another Serenity Landing story, the author brings us the story of Mark, one of the bodyguards of Addie, now Queen Adeline. The way that he and Casey end up meeting when matched is so fun and unexpected.

This is the story that had me reading the collection. I have heard little bits about it on Facebook since the idea for it was conceived. And I was quite intrigued. I was not one bit disappointed in this story. It was completely adorable. Heath may have become my favorite of this author's heroes and that is saying a lot because she has written some great ones. His social awkwardness that has sabotaged relationships with women was quite cute.

Kathy
5.0 out of 5 stars What is Real Love
18 February 2019 - Published on Amazon.com
Format: Kindle EditionVerified Purchase
My focus is on one of the stories in the “Crossroads Collection”

Kari has written a lovely story.
Basically, the summary of the story, to me, is that, sometimes, the things we think we want, are the absolute worst things for us. And the best things for us, can be right in front of our face.
She has also added a guide at the end of the book. This guide shows how scripture and the love of God guides our life when we put it in His hands. Read the book, read the whole collection. I think you will really enjoy it!
I love this series. You can read each story as standalone, but they do have some connection between each one.
Read more
7 people found this helpful

Karin Elizabeth
5.0 out of 5 stars Such a fun premise!
11 January 2019 - Published on Amazon.com
Format: Kindle EditionVerified Purchase
So far, I've read two of the stories in this collection and am 1/2 way through another... normally I don't post reviews until I've finished, but I made an exception for this one since its so good! The premise is so fun, and the way the individual stories work together is impressive. They definitely each have their own unique style but they all flow together and feel cohesive.

Chautona Havig's Random Acts of Shyness is so funny! I quickly became attached to the characters, which is not surprising given the fact that Ms. Havig always writes characters who are so realistic I feel like I know them. As a result, I found myself really wanting things to work out for Heath and the other characters.

The Swedehearts Glory Quilt by Cathe Swanson is a really unique story that I found captivating. Anyone who has made a plan and then not had it work out quite as expected will be able to relate to the situation in which Eleanor and David find themselves. Like with Ms. Swanson's Christmas book, this one also includes a focus on quilting, which adds a fun layer of creativity to the story.

I'm a little over half way through Betwixt Two Hearts by Amanda Tru, and am just loving it so far. The interaction between Bailey and Camden as they work to create this dating website is funny and entertaining, and yet I feel they both have a depth to them that is going to make things really interesting. I can't wait to get to see where this goes!

Based on these three stories (well, two and a half!), I can already tell this collection is going to be amazing, and I recommend it. I definitely recommend it!!!

*Edited to add: I just finished the collection and loved every story! I won't review all of the stories, but will say that Betwixt Two Hearts by Amanda Tru had me laughing out loud! Ms. Tru did an amazing job describing the frustrations between Bailey and Camden, and as the first story in the collection, it is fun to get a glimpse into the rest of the stories. Also, I'm a huge fan of Carol Moncado's series, and loved seeing Mark get his own story. So my first impression held true- this collection is definitely worth purchasing :)
Read more
5 people found this helpful

MrsKinsey
5.0 out of 5 stars Funny, Suspenseful, and Romantic!
13 January 2019 - Published on Amazon.com
Format: Kindle EditionVerified Purchase
The Crossroads Collection books are some of my most favorite. So far, I have only read two of the books included in this collection and they have not failed my expectations! The first book is about the matchmaking website creators, Camden and Bailey. Although they clash in so many ways, they wind up working well together. I was very pleasantly surprised at the suspenseful element in this particular book. In the first book, I got a glimpse of some of the couples who will be featured in the other books in the collection. I also read the last book Random Acts of Shyness by Chautona Havig, one of my top favorite authors. It, too, is funny and a delight to read. I am looking forward to reading the rest of the books in this collection. I am already familiar with several authors and I know they will have delivered great books. I'm looking forward to reading the new-to-me authors as well. All in all, I highly recommend this collection, and you can't beat the price!! (It's also available as a Kindle Unlimited book! Read it and then buy it!)
Read more
4 people found this helpful
Go to Amazon.com to see all 68 reviews 4.5 out of 5 stars
Get FREE delivery with Amazon Prime
Prime members enjoy FREE Delivery and exclusive access to movies, TV shows, music, Kindle e-books, Twitch Prime, and more.
> Get Started
Back to top
Get to Know Us
Make Money with Us
Let Us Help You
And don't forget:
© 1996-2020, Amazon.com, Inc. or its affiliates