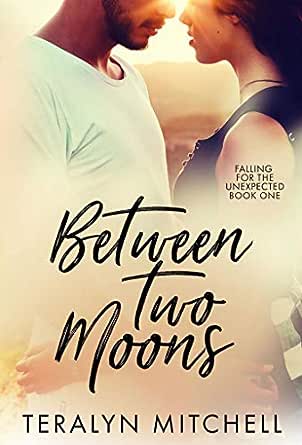 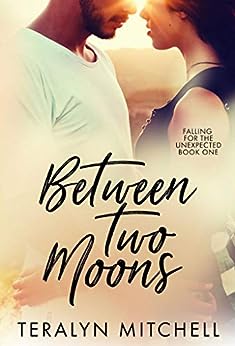 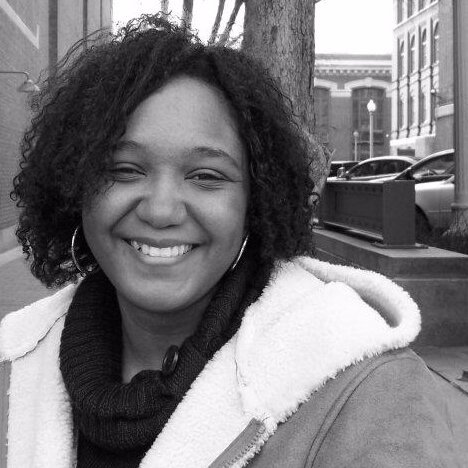 Between Two Moons (Falling for the Unexpected Book 1) Kindle Edition

One girl.
Two hot roommates.
What could possibly go wrong?

Wren wasn’t looking for love when she moved in with Zane and Jax, but life has a funny way of giving you exactly what you don’t need.

Having been best friends for years, Zane and Jax never let a woman come between them...until now.

Long relationships and loyalties will be tested for this trio. Will Wren, Zane, and Jax be able to decide what's more important: love or friendship?

Between Two Moons is a roommate to lovers/love triangle, standalone romance, and book one in the Falling for the Unexpected series!
click to open popover

Amazon Customer
5.0 out of 5 stars Recommended, hands down
17 January 2020 - Published on Amazon.com
Verified Purchase
Loved this. I don't usually read love triangle, but this one won me over. The characters were funny and 3 dimensional. They were just walking off the page. They had goals and full lives that you were invested in as much as their romance. This book has real life struggles without over dramatizing. The balance of love and friendship is perfected in this fun book.
Read more

Rebecca Gilleland
4.0 out of 5 stars Perfect blend of Romance! Lovable, fun characters with so much entertainment to swoon over!
14 January 2020 - Published on Amazon.com
Oh me oh my, you guys know I love a good love triangle, right? Plus, when it involves the catchy ‘roommate’ fun between a bromance? Can we gush me more please! Seriously, I read the synopsis and this one hooked me instantly.

One of the best parts, before I go on, is that this love triangle is told from all three characters involved: Wren, Zane, and Jax. This is something you don’t always see, generally you have the couple who will ultimately end up the HEA, but no, this one, it was all three characters. I will admit this, I was on the fence, or rather back and forth with the characters on which I liked more, or which I wanted to see win the girl but honestly at different parts they all hit my heart. Wren was such a sweet gal. Her personality was so likable, it was easy to connect with her on a mental and emotional level. As for Zane and Jax, ah they hit me rough and easy throughout. At one point, honestly, I disliked Zane. I don’t know what it was, but something about how he acted rubbed me wrong but then as his character developed more into the plot I started to really like his personality more. And Jax, well let’s just say I liked him and then there were times I liked to hate him. His attitude guys, I also felt he acted very childish while Zane was the more mature of the bromance. Nonetheless, I liked how these two resolved their issue when Wren decided between the two, it had a certain level of respect.

Now, the romance itself is a slow burn, at least in my opinion. Setting up the triangle to finally get the guy Wren falls for is deliciously slow torture. Obviously, I am not going to throw out spoilers, but it did become very blatant who Wren would choose and by golly when they collided – HOT! Especially that moment of misunderstanding? The argument? Then that passion? Oh my lant

However, while we are discussing the romance itself, there was a slight pet peeve I had throughout that I noticed – I felt like the story and plot really flowed well with the overall dynamics however as the feelings started blending I would have liked to see more angst. The passion is definitely there, tension filled moments, but I felt even some of the scenes were lacking, semi skimmed the surface on the angst. I am not saying there were not any angst moments nor were the moments anything less than sizzling when they occurred, but just some of the most heightened tension filled scenes sometimes felt less enticing than they should have been.

And let’s not forget the side characters. Oh my stars, can I just admit I love Sophie? Like I feel like her personality would be so fun to have, she is caring yet hot headed, hilarious and fun, yet really grounded. I also loved her involvement inside the triangle, really plays the feelings between parties while adding her own possibilities into the mix. I really look forward to seeing what comes with this side character as the series develops. Then there were Wren's sisters, can we just say YES? I loved the sisterly love that occurred, I cannot wait to see all these ladies in action.

Overall, I really enjoyed Between Two Moons. As a beta reader, there were tons of changes, ideas and dynamics that have evolved and seeing the final product is amazing. The characters were multi-dimensional, the dynamics of the relationships tied so beautifully, and the outcome was realistic, which is something I always want from a romance read. I like realistic drama and endings, whether sad or happy, it needs to be believable and I felt Between Two Moons capitalized this attribute. I definitely recommend this one to anyone who likes love triangle tropes, it is so enjoyable, once things got started it was a great page turner.

And as much as I enjoyed Between Two Moons, I am beyond excited to see what else comes from this series. There are so many trope possibilities and I am looking forward to see where Teralyn Mitchell takes these characters.

This book has it all. It was so surprising to see who won Wren’s in the end. Cant wait for book two; interested to see where the next guys story goes. All-in-all, a fantastic story you don’t want to miss. Happy reading!
Read more
One person found this helpful

bookfreak
3.0 out of 5 stars An enjoyable read
13 January 2020 - Published on Amazon.com
There is nothing I love more than a love triangle. I love the angst and drama that comes from these kinds of books so when I saw the blurb for Between Two Moons I couldn’t wait to read it.

I loved the idea of this book. Two hot roommates, one girl, it had angst written all over it. Unfortunately for me it just wasn’t angsty enough. It didn’t make me want to throw my kindle because my emotions were running way too high. I am also aware I’m in the minority because most people don’t want that amount of angst and emotional turmoil in their books. I like to be fully emotional invested in all the characters and I just wasn’t feeling it with this book. I did pick my man really early in this book, I wasn’t feeling the other guy at all even though I wanted to. This is a slightly different take on the usual love triangle books I read. The relationships stay fairly innocent, there’s no jumping from bed to bed and I quite liked that and found it more realistic than her swapping partners every two minutes.

This is the first book I’ve read by Teralyn Mitchell and I will definitely be reading her books in the future.
Read more

Kathy L82
4.0 out of 5 stars Great Read!!!
11 January 2020 - Published on Amazon.com
The story its about a LOVE TRIANGLE between two men( Jax and Zane)and a woman(Wren). To make things more complicated they all lived under the same roof. To be honest the beginning of the story didn't attracted me too much but little by little I got pull into the story. The interactions between the characters made this changed for me because they were great, the attraction and chemistry was there but in the end Wren needed to decide which of the guys she was going to choose. I loved the dates Wren had with each of the guys, I also love all the interaction Wren had with her sisters.
There was lots of tension between Jax and Zane (best friends fighting for the same woman), they both try their best to win Wren's heart but in the end Wren needed to decide who makes her feel those sparks and desire.
Yes, there is a HEA ending and what really intrigued me in the end was what is going to be the story for the guy that didn't win Wren's heart, honestly i can't wait to read his story.
Read more
Go to Amazon.com to see all 14 reviews 4.1 out of 5 stars
Get FREE delivery with Amazon Prime
Prime members enjoy FREE Delivery and exclusive access to movies, TV shows, music, Kindle e-books, Twitch Prime, and more.
> Get Started
Back to top
Get to Know Us
Make Money with Us
Let Us Help You
And don't forget:
© 1996-2020, Amazon.com, Inc. or its affiliates