Between Earth and Sky and over 1.5 million other books are available for Amazon Kindle . Learn more
Share <Embed> 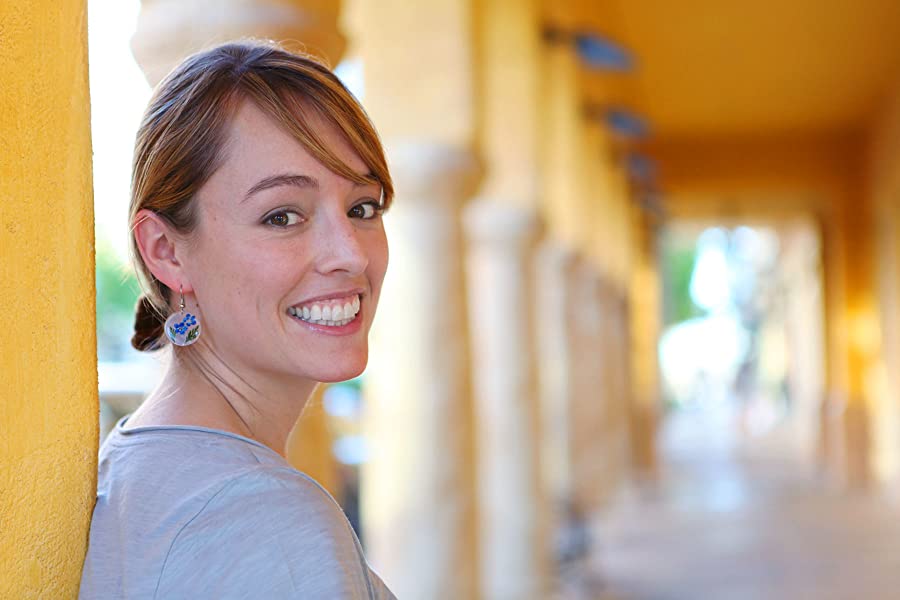 Page 1 of 1 Start overPage 1 of 1
Previous page
Next page
Start reading Between Earth and Sky on your Kindle in under a minute.

4.6 out of 5 stars
4.6 out of 5
95 global ratings
How are ratings calculated?
To calculate the overall star rating and percentage breakdown by star, we don’t use a simple average. Instead, our system considers things like how recent a review is and if the reviewer bought the item on Amazon. It also analyses reviews to verify trustworthiness.

Pearl
5.0 out of 5 stars Great read!
Reviewed in Canada on 29 October 2018
Verified Purchase
This was a gift for my Mom - she loved it!
Read more
Report abuse

John Jorgensen
5.0 out of 5 stars Victims of Injustice Finally Have Their Story Told
Reviewed in the United States on 25 May 2018
Vine Customer Review of Free Product( What's this? )Verified Purchase
Between Earth and Sky is a mesmerizing tale that examines prejudice and the harm it does: the horrors of overt discrimination, certainly, but also the far more insidious, but just as devastating, corruption of otherwise good people.

Despite having only a single POV character, it is able to give a surprisingly three-dimensional view of a specific and badly understudied episode of American history. By interweaving two separate periods within one woman's life, Skenandore offers a richly complex tale in which the relationship between cause and effect is often inverted, in which characters in later periods of the story offer tantalizing allusions to the ramifications of events in the earlier period which the reader is only just becoming aware of. The pacing of the two parallel strands is really brilliant, the complements between them so deftly handled that the reader doesn't even notice. And it makes for a wonderfully enjoyable mystery to unravel.

Both strands of the story initially unfold at a leisurely rate that invites readers to take their time getting to know the characters, soaking up the well-realized atmosphere, and admiring sentence after sentence of dazzlingly rich prose. As both facets of the story approach their climactic crises, the pace abruptly becomes far more urgent, even relentless. At both points, the book's short, easily digestible chapters are a strength, as they encourage the reader to continue without danger of growing fatigued.

Each character in the book is a fully formed, dynamic personality. The Native American children (many of whom appear as adults in the twentieth century portion of the story) are exploited and marginalized, but they are never helpless or lacking in agency. They also have just enough personal flaws to destroy the temptation to imagine them as people who properly belong to some sort of primitive, uncorrupted idyll. (Of course these realistic flaws stop well short of indulging the narrative of Native Americans as brute savages that justified the overt racism they had to endure.)

Among white characters, the moral ambiguity is intriguing, compelling. The man who runs Stover is no villain; his motives are uncomplicated and altruistic. The only criticism of his endeavor that he ever hears from other white characters is that he's wasting his time trying to educate people who are inherently his intellectual inferiors, and this hateful notion he categorically refuses to entertain. Of course he does much harm, but he retains the reader's sympathy until very late in the book, when events outpace his ability to control the racist course to which he has committed and end in devastating sorrow. His final scene is ambiguous, but I like to believe that he realized much too late the error of his ways, though if he did he understandably shied away from the heavy burden of his culpability.

Others involved in this experiment in assimilation are far more ignoble, but none really qualify as mustache-twirling villains. Indeed, on my second reading I was nearly overwhelmed by the impossibility of finding a really satisfactory solution to the problem of coexistence between two cultures that have been so irrevocably thrown together on such unequal terms. White characters in the nineteenth century portion of the story take refuge in this dilemma to support their unapologetic demands for assimilation. White characters whom we only see in the twentieth century strand of the story give this problem very little thought for the most part.

Native Americans, of course. are absolutely suffocated by it. Their bitterness is certainly justified, but their legitimate grievances at times lead to angry sentiments and wishes that are hardly any less distasteful than those of the smuggest white man congratulating himself on belonging to an alleged master race.

As for the novel's protagonist herself: She is always sympathetic, as we see the innocence of her motivations at every stage of her life. She strains this sympathy at times with a level of naivete and self-absorption that leaves her oblivious to the pain she causes others, even as she bears lifelong grudges against those who have hurt her just as unintentionally. Her inability to realize this in her youth is offset by a very late realization in maturity. We can credit this for the different tones to the two stories' endings. Both close on grim notes, but the earlier one is a raw and utterly devastating trauma, while the later offers a measure of peace and resolution.

However, make no mistake: There is no happy ending on offer, not to this story and not to its real-world inspirations. Notwithstanding a few tender moments, the emotions the book stirs up are not pleasant. Nor should they be. It is nevertheless a timely and necessary book. Published at the height of the worst administration in history, as the bad old days that gave us such horrors feel much less removed than they might have a few years earlier, it is essential that those who are privileged be reminded that injustice causes collateral damage. Those targeted for oppression are not the only ones who suffer from its corruption, whose lives can be ruined by the evil it unleashes. EVERYBODY is diminished by hatred. Better to learn this from history than from current events.

Hopefully, Between Earth and Sky will help to bring meaning to the sufferings of victims of real-world assimilation schools by ensuring that other people alive today are not similarly marginalized.

Diane Byington
5.0 out of 5 stars An instant classic.
Reviewed in the United States on 19 June 2018
Verified Purchase
Reading the stories of a group of people who were impacted by the well-meaning but terrible Indian Schools was much more impactful than reading a nonfiction book about the same situation. This book was beautifully written and its characters were completely believable. It showed us how painful it would be to be taken from one's family and culture and forced into another one--clothes burned, hair cut, and everything done in a strange language. The children who went through this torture were victims of an ill-conceived policy to try to "take the Indian out of the redskin." It was painful to read, at times. And yet it's important that we don't cover up this time in history. As painful as it is, we need to be reminded of it, so as not to let it happen again. I believe this book will be an instant classic in the literature of the oppressed. But it's more than that. It's the beautiful coming-of-age story of a white girl whose innocent love for her Indian friends hugely influenced her life and theirs. Everyone should read this book.
Read more
10 people found this helpful
Report abuse

Daniel Kucich
5.0 out of 5 stars A mesmerizing glimpse into the harrowing past of an out-of-place school girl and a nation in flux
Reviewed in the United States on 12 December 2018
Verified Purchase
In her debut novel Between Earth and Sky, Skenandore takes us on an incredible journey to turn-of-the-century Wisconsin to the Stover school, an institution built expressly for the assimilation of native Americans, where we meet Alma, daughter of the school's founder. Alma is the only white student at Stover, having been enrolled so that she can serve as a role model for the young native Americans who left their home on the reservation to be indoctrinated into contemporary white American society. Alma has been led to believe that assimilation is for the best, but soon realizes what is lost in the process when overzealous educators beat the culture out of unsuspecting students for the sake of alleged civility and refinement.

The book's structure is two-fold in that it recounts Alma's schooldays as well as her adult life fifteen years after her graduation when she learns of the imprisonment of a former schoolmate being held on charges of first-degree murder. She convinces her lawyer husband to leave their home in Philadelphia to return to Stover in hopes of liberating her old friend. In their search for justice, they uncover the brutal reality of native Americans who are left to cobble together a life for themselves on meager plots of land parceled out to them by the very people who stole their previous existence.

You'll gasp with horror at the cruelty, but you'll also delight in Skenandore's idyllic and poetic prose as she describes in vivid detail what life was like in the Midwest of the late nineteenth century. Her sumptuous literary style hails from the likes of American masters Faulkner, Fitzgerald, Steinbeck, and Stegner. I found myself hanging onto her every word with each turn of the page.

Even when the story gets sad (and it does get very sad), I found myself taking comfort in the delicate nature of Skenandore's writing style. She doesn't shy away from grisly and ghastly detail, but she thankfully refrains from falling prey to gratuitous violence that would otherwise detract from her noteworthy themes of forbidden love, cultural genocide, institutionalized corruption, and shameless bigotry. A work of fiction, Skenandore's story is clearly rooted in fact and sheds much needed light on a chapter of American history that has largely been glossed over in high school text books. I hope that one day soon, Between Earth and Sky will be required reading for tenth-grade English classes across the country. This is a book that deserves a place next to classics like To Kill a Mockingbird and The Autobiography of Miss Jane Pittman.
Read more
3 people found this helpful
Report abuse
See all reviews
Get FREE delivery with Amazon Prime
Prime members enjoy FREE Delivery and exclusive access to movies, TV shows, music, Kindle e-books, Twitch Prime, and more.
> Get Started
Back to top
Get to Know Us
Make Money with Us
Let Us Help You
And don't forget:
© 1996-2020, Amazon.com, Inc. or its affiliates