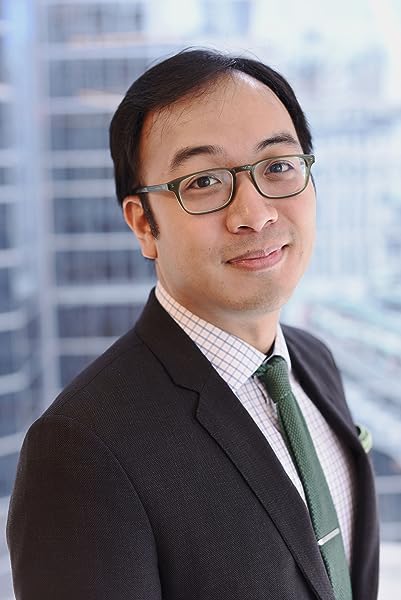 by Steven Higashide (Author)
4.8 out of 5 stars 61 ratings
See all formats and editions
Sorry, there was a problem loading this page. Try again.

Higashide shows how to roll out a new road order for streets by unleashing the power of effective bus networks and unleashing the full potential of cities. Janette Sadik-Khan, Bloomberg Associates, former NYC Transportation CommissionerThis book is a must-read for anybody who cares about cities and transit. Higashide helps us see how to get more out of buses, a maligned but crucial part of our transit systems. Lisa Ann Schweitzer, Professor, USC Sol Price School of Public Policy

Start reading Better Buses, Better Cities on your Kindle in under a minute.

4.8 out of 5 stars
4.8 out of 5
61 global ratings
How are ratings calculated?
To calculate the overall star rating and percentage breakdown by star, we don’t use a simple average. Instead, our system considers things like how recent a review is and if the reviewer bought the item on Amazon. It also analyses reviews to verify trustworthiness.

Michael Lewyn
4.0 out of 5 stars mostly good- a very fast read
Reviewed in the United States on 5 November 2019
Verified Purchase
This short but well-done book is full of interesting ideas about how to improve buses- some that I've heard of before (such as spending more transit agency resources on high-frequency routes) and others that are new to me (such as giving transit agencies authority over where to place bus shelters, so that location decisions can be made rapidly).

I especially liked the chapter criticizing commentators who use new technology as a reason to oppose bus service. For example, some argue that autonomous cars will make buses obsolete. But the author assembles a variety of quotes from industry insiders showing that autonomous vehicles will not dominate city streets for decades (if ever). Similarly, "microtransit" (i.e. dial-a-ride service, but with smartphones) will never be able to carry as many riders as most city buses, for the simple reason that it takes more time to serve scattered service requests over a wide area than to go up and down a busy street.

One weakness of this book is that sometimes it isn't as sensitive as I would like to trade-offs. For example, there is a long chapter on "equity" (i.e. privileging the underprivileged), but also proposes that bus stops be less frequent in other to make buses run faster. It seems to me, however, that the two goals are in conflict, because elderly/disabled passengers might find it harder to reach bus stops that are every five or ten blocks apart instead of every two or three blocks apart. Generally, the "equity" chapter is the weakest part of the book, because it valorizes egalitarian policies without suggesting where other policies should take priority.
Read more
4 people found this helpful
Report abuse

DIYPhd
5.0 out of 5 stars Not just for transit geeks!
Reviewed in the United States on 22 October 2019
Verified Purchase
A must read for aware and engaged citizens wishing to effect positive changes in urban quality of life.

Detailing many successful reforms of transit systems across the country, Higashide delivers not only hope for greener, more equitable and inclusive transit, but also a battle proven field guide--how to raise public awareness and support for reform, and how to channel that political pressure to motivate those in power to change policy and to expand or redirect budgets.

Whether you want a shorter commute, safer streets, or more nutritious school lunches, reading this book will show you how to go beyond protesting and make your city a better place to live.
Read more
3 people found this helpful
Report abuse

GDI
5.0 out of 5 stars THE guidebook for fixing mass transit.
Reviewed in the United States on 15 December 2019
Verified Purchase
This should be required reading for anyone working in modern mass transit anywhere in the world, and in particular in the United States. With detailed statistics, case studies, and commentary by some of the biggest thought leaders in our industry it is truly a page-turner.
Read more
2 people found this helpful
Report abuse

Jimmy Smiles
5.0 out of 5 stars Making bus transportation better!
Reviewed in the United States on 20 November 2019
Verified Purchase
Quick and Engaging read! The author’s writing style is easy to follow, with lots of great suggestions for making buses more efficient, and more palatable, in our transportation system!
Read more
One person found this helpful
Report abuse
See all reviews
Back to top
Get to Know Us
Make Money with Us
Let Us Help You
And don't forget:
© 1996-2021, Amazon.com, Inc. or its affiliates